As a result of its efforts in energy conservation through the use of renewable energies, such as solar and wind, Kempegowda Airport has achieved one of its ambitious sustainability targets. 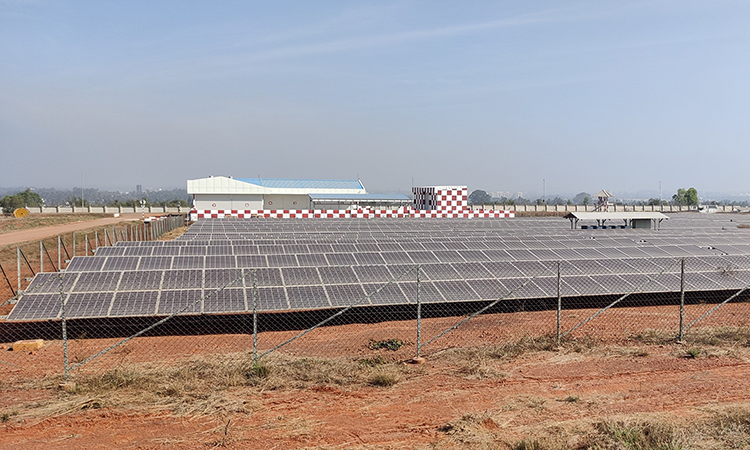 Bangalore International Airport Limited (BIAL) has announced the accomplishment of one of its ambitious sustainability goals – Kempegowda International Airport Bengaluru (BLR) has achieved net energy neutral status in FY2020-21. As part of its sustainability goals, BIAL had set the target to become net energy neutral by 2020-21.

As an outcome of energy conservation, BIAL has been able to save over two million units of energy in the FY2020-21, which is enough to power nearly 9,000 houses for a month. BIAL saved nearly 500,00 units (kWh) from lighting, and has implemented chiller plant optimisation in Heating, Ventilation, and Air Conditioning (HVAC), which has resulted in a saving of over 1,700,00 units (kWh).

“As we expand our operations at BLR Airport, we aim to remain the flagbearer of sustainable operations. We have put in place various measures to reduce our carbon footprint and to protect our environment. Energy security is a very important aspect of our business, as it is one of the key indicators to assess our sustainability levels,” said Hari Marar, Managing Director and CEO of BIAL.

BIAL’s Energy Management initiative is focused on achieving carbon neutrality through the use of renewable, green and clean energy. Kempegowda Airport has achieved net energy neutral status since December 2020 through its onsite solar installations, as well as through Power Purchase Agreements (PPA) from solar and wind energy suppliers.

BIAL has multiple measures in place to make BLR more environmentally efficient, with sustainability being the key pillar for all of its operations to ensure integrity of economic viability, operational excellence and conservation of natural resources.

In an effort to become energy neutral, Kempegowda Airport has increased the consumption of solar power to over 50 million units through on-site and off-site Power Purchase Agreements (PPA). In addition, BIAL entered in to PPA agreement for the purchase of additional 20 million units of wind power through Open Access from January 2020.

BLR also makes optimal use of natural light, with minimum reliance on artificial illumination during the day. BIAL’s other energy efficient initiatives include the installation of solar street lighting, solar-powered security cabins and solar water heating system for the cafeterias.

The streetlights, perimeter lighting and airfield lights at Kempegowda Airport have been converted to LED lighting. All of this has further reduced the airport’s dependency on non-renewable energy. In addition, 100 per cent of the existing 400 High Pressure Sodium Vapour Lamps (HPSV) on the airport’s aircraft parking stands have been converted to energy-efficient LEDs to provide enhanced safety for pilots, greater visibility for ground staff and reduced energy consumption.

The solar installations, deployed across 53,600m2 of the airside, will help Kempegowda Airport to save over three million units of electricity annually, subsequently reducing its dependency on non-renewable sources of energy. This will also result in an overall reduction in carbon emissions.