The new cargo facility, which is exclusively for the export and import of international couriers, will significantly boost the trade and economy of the region. 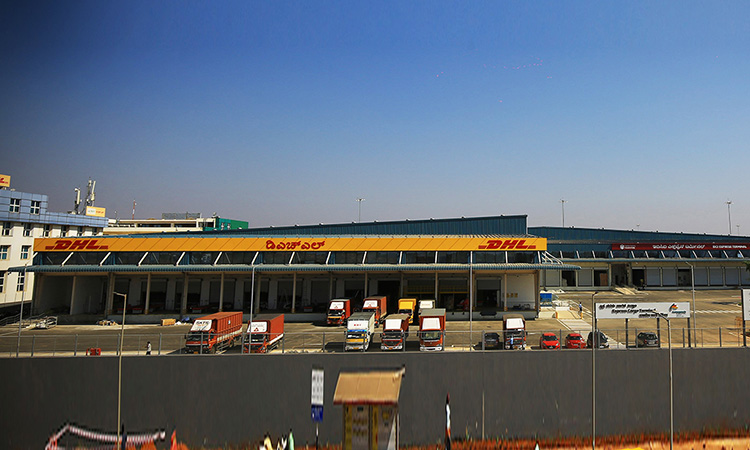 Cargo operations at Kempegowda International Airport Bengaluru (BLR) are set to get bigger and better with the operationalisation of its Express Cargo Terminal.

The Express Industry Council of India (EICI) will operate the Common-User Express Terminal for other courier companies, which will add impetus to Bengaluru’s already strong e-commerce base. The terminal will have a dedicated space for Customs offices, and direct access to both landside and airside at the airport.

“At South India’s busiest cargo airport, this exclusive terminal for express couriers at BLR Airport will significantly boost the trade and economy of the region. The new terminal will enable ease of doing business and reduce transaction time and cost for the shipper by providing a dedicated facility for express courier shipments,” said Shri. Muniswamappa Srinivas, Chief Commissioner of Customs for the Bengaluru Zone at the Indian Revenue Service (IRS).

“BLR Airport is well on track towards becoming a cargo hub, offering world-class infrastructure, powered by leading global logistics providers. With express courier gaining greater significance following the exponential growth of e-commerce, the Express Cargo Terminal at BLR Airport is a significant step towards supporting and driving this growth. In addition, it will facilitate trade and the faster movement of goods across the world,” said Shri. Hari Marar, Managing Director and Chief Executive Office of BIAL.

“The industry – led by EICI – created the Common-User Express Terminal at BLR Airport in 2008. EICI facilitated this terminal since there was a need for such a terminal to support the growth of the industry. BLR Airport, as we all know, is strategically located and is a major gateway for cross-border international trade in South India. With BIAL creating India’s first dedicated Express Cargo Terminal, the express industry has now got a major boost to continue growing the express business and achieve greater heights,” said Shri. Vijay Kumar, CEO of EICI.

The terminal will offer operators with streamlined operational workflows the provision for future expansion. Mechanised truck docks will enable quicker acceptance and delivery of freight. The facility, with dedicated space for each operator, is expected to improve throughput and cater to the needs of the burgeoning industry.

The express cargo market for business-to-consumer (B2C) and business-to-business (B2B) sectors has tremendous potential to grow over the next decade, thanks to the larger playing field, with multiple service providers, improved transit time and value-added services.

“It Doesn’t Fly With Us”: New campaign sees aviation industry stepping up to protect threatened wildlife