Posted: 24 May 2021 | International Airport Review | No comments yet

The commitment to achieve net-zero emissions by 2030 incorporates all emissions under Sydney Airport’s operational control, and the airport will also continue its programme to target indirect ‘Scope 3’ emissions. 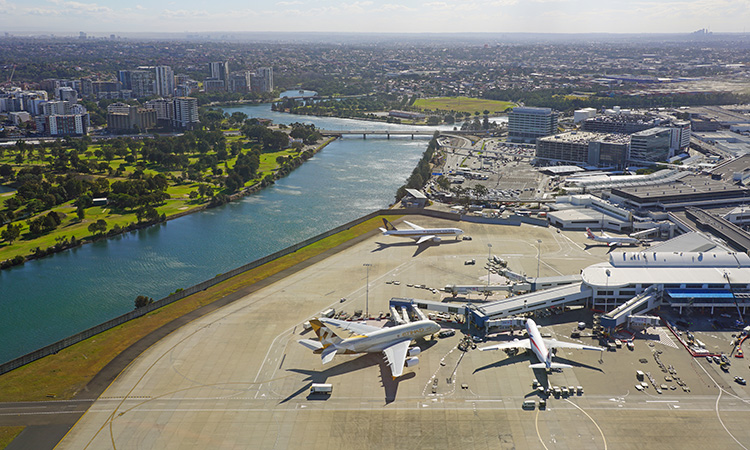 Sydney Airport (SYD) has announced that it will achieve net-zero carbon emissions by 2030 and has outlined the practical initiatives and actions that will ensure that it meets this commitment.

Sydney Airport’s CEO, Geoff Culbert, said: “The aviation industry has a critical role to play in combatting climate change, and we are making this commitment with a clear line of sight to the outcome, and definite actions to get there.”

Sydney Airport has a strong track record on incorporating sustainability into its operations. In recent years, the airport entered into a corporate power purchase agreement for renewable energy and developed market-leading financial instruments, like sustainability-linked bonds and loans.

The commitment to achieve net-zero by 2030 incorporates all emissions under Sydney Airport’s operational control. This comprises both ‘Scope 1’ emissions, which are generated by the airport’s vehicle fleet and natural gas use, and ‘Scope 2’ emissions, representing the emissions created during the production of the airport’s electricity needs.

The airport’s Scope 2 emissions, which represent 93 per cent of emissions under the airport’s operational control, will be eliminated by reducing electricity use and switching to 100 per cent renewable energy.

Scope 1 emissions account for seven per cent of the emissions under the airport’s operational control and will be reduced by moderating reliance on natural gas; transitioning vehicles to low or no-emission technology; and phasing out fuel-powered equipment, like diesel generators.

If there is a small, residual proportion of Scope 1 emissions that cannot be eliminated by alternative technologies or management practices, these can be offset by the purchase of credits from carbon removal projects; for example, reforestation programmes.

Sydney Airport will continue its programme to target indirect ‘Scope 3’ emissions, which represent those that are outside the airport’s operational control but occur as a result of the airport’s activities. These include the carbon emissions generated by ground transport to and from the airport and by aircraft taking off and landing.

Initiatives to reduce Scope 3 emissions will range from offering Sydney Airport’s retail and commercial tenants renewable energy to facilitate the uptake of sustainable aviation fuels (SAF). In October 2020, the airport acquired the on-site jet fuel infrastructure assets in an $85 million transaction driven partly by an ambition to influence the introduction of sustainable aviation fuels in the future.

Sydney Airport’s Head of Sustainability, Alicia Burgmann, said: “Climate change is a global challenge that requires a collective response. The aviation industry is alive to the challenge and we are really proud to be playing our part.”