Fraport Greece’s €440 million development programme benefited a total of 14 airports located across both the Greek mainland and islands. 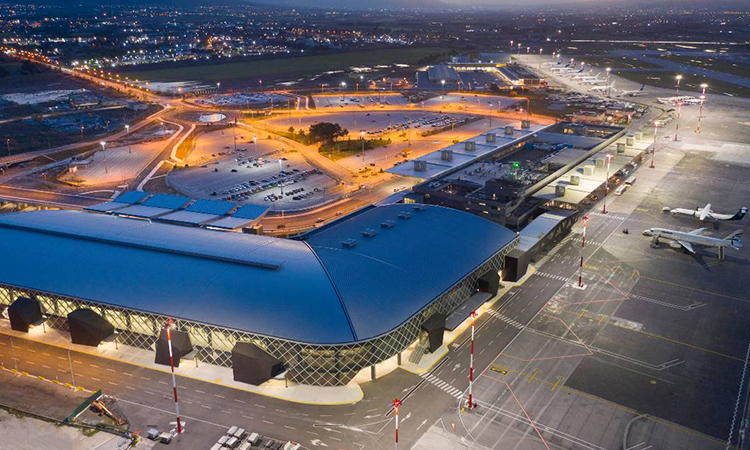 Three months ahead of schedule, Fraport Greece has completed a major four-year infrastructure development programme at 14 regional airports. As a result, Fraport Greece is now delivering redeveloped, safe and future-oriented airports that provide new services, greater comfort and more amenities to Greek and international travellers from around the world.

Fraport Greece launched the airport development programme in April 2017, in tandem with the start-up of its concession for managing 11 island and three mainland airports across Greece. Despite various challenges, construction works advanced successfully throughout the first three years, including the peak summer travel periods, and even continued during the pandemic. In January 2021, Fraport Greece concluded the last of the construction works for the 14 airports – well ahead of the April 2021 contractual deadline.

Construction projects were completed first at the airports of Zakynthos Airport (ZTH), Chania International Airport (CHQ) and Kavala Airport (KVA). At Zakynthos, refurbishing and remodeling the terminal made it possible to increase the number of check-in counters and security checkpoints by 35 per cent and 150 per cent, respectively. The terminal at Chania was completely modernised, while the number of gates increased by 25 per cent and security checkpoints doubled. On the Greek mainland, Kavala received a similar refurbishment, as well as more than 1,900m2 expansion. 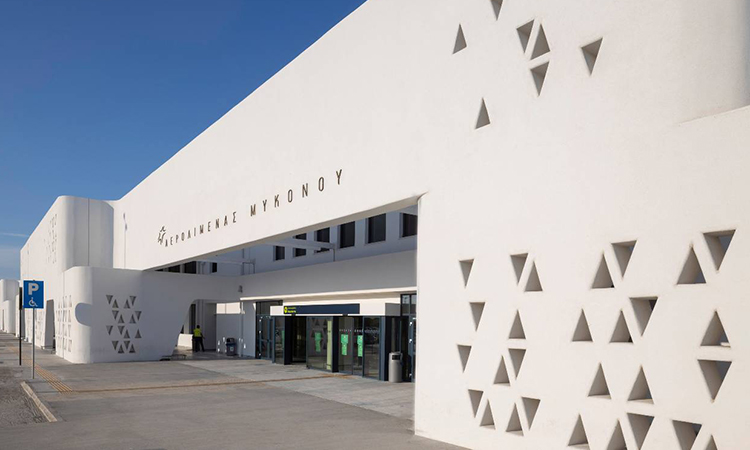 Also, on the mainland, Aktion International Airport’s (PVK) terminal had a complete overhaul and a 2,500m2 expansion – providing extra space for twice as many security checkpoints, 14 check-in counters and seven departure gates. On the island of Samos, Samos International Airport’s (SMI) terminal was modernised and expanded by over 1,500m2 – with plenty of room for more check-in counters, departure gates, security checkpoints and other services. At Skiathos Airport (JSI), the terminal has also been completely refurbished and enlarged by nearly 2,200m2.

Mytilene International Airport (MJT) features a new terminal with over 7,100m2 of space. Similarly, the new terminal at Kefalonia International Airport (EFL) offers some 10,700m2 of space for passenger comfort, including more services, a 70 per cent increase in the number of check-in counters and twice as many security checkpoints and departure gates.

On Mykonos, the redesigned Mykonos International Airport (JMK) terminal is now 50 per cent bigger and combines traditional Cycladic architectural highlights with modern airport facilities. As a result, there is more space for check-in counters and departure gates, as well as a unique ambiance with attractive amenities.

On Rhodes, Rhodes International Airport (RHO) has also been upgraded to offer world-class services. The terminal has a larger check-in area, plus more security checkpoints and baggage belts and a wider choice of shopping and dining. The apron in front of the terminal was also redesigned for improved operations. 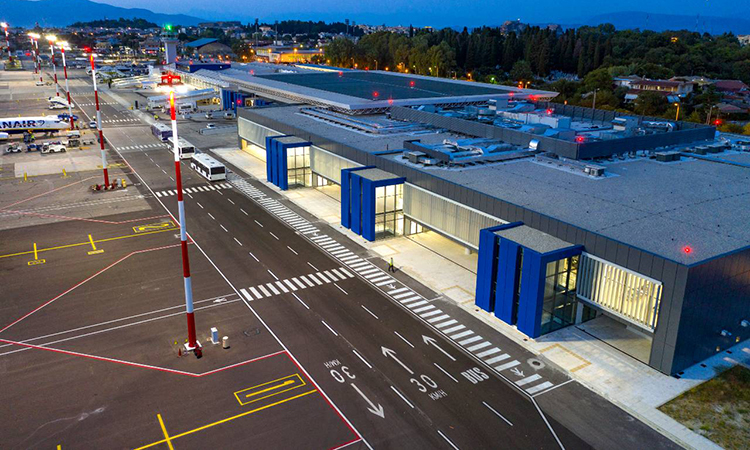 The remaining construction works continued to progress at three airports on the islands of Kos and Santorini, as well on the mainland at Thessaloniki Airport (SKG). At Kos Island International Airport (KGS), the new passenger terminal now boasts more than 23,000m2 of space and a new apron area. Santorini Airport’s (JTR) terminal underwent a major redevelopment, resulting in a far larger facility total that is well over 15,000 m2 of space for an optimum passenger experience.

Final construction works were completed at Thessaloniki Airport, the largest airport in Fraport Greece’s portfolio. This €100 million development has created a new terminal complex to rival Europe’s most popular airports. The new terminal is linked via skyway bridges to the redesigned existing terminal – thus doubling the amount of terminal space available. More check-in space, twice as many departure gates and a wide range of attractive restaurant and shopping facilities now shape a completely new environment at the international gateway to Greece’s second largest city.

Marking the official completion of the construction programme, Fraport Greece’s CEO, Alexander Zinell, said: “The completion of this emblematic, €440 million construction programme on the dawn of 2021 fills me with pride and optimism. Our upgrading of the 14 regional airports during the last four years has given Greece 14 new, passenger-friendly airports. These airports will serve as a catalyst for re-starting the vital Greek tourist industry. I am confident that these new state-of-the-art airport facilities will fully welcome and satisfy travellers wishing to explore the beauties of this magnificent country.”

Zinell also emphasised the importance of successful cooperation among all of the partners and stakeholders involved: “Thanks go out to all of the partners involved in this milestone project for the Greek travel and tourism sector. I would like to thank all of our employees and partners, as well as INTRAKAT – the Greek company which successfully carried out construction projects simultaneously at 14 locations on the Greek islands and mainland. Indeed, INTRAKAT was our key ally in fulfilling our 2017 commitment to Greek society: To deliver this complex and demanding project.”