New survey reveals the effects of COVID-19 on passenger confidence

Eight in 10 air passengers say that their travel habits will change as a result of COVID-19, with 41 per cent planning to travel less frequently by any means. 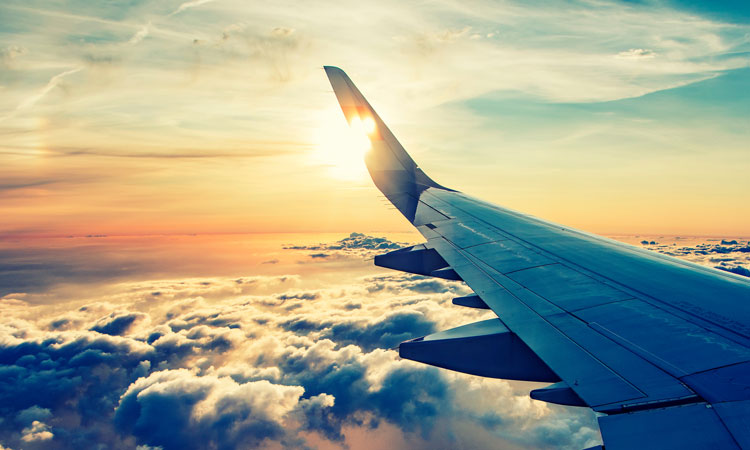 A new global passenger survey of 9,500 people from 12 countries across the globe has revealed the long-lasting effects of the coronavirus pandemic on passenger confidence.

While most passengers (60 per cent) feel satisfied with the aviation industry’s response to the challenges of COVID-19, the survey reveals that there are areas of opportunity for airlines to encourage passengers back to air travel.

Philip Balaam, President of Inmarsat Aviation, said: “With safety and reputation becoming even more important to today’s flyers, there is a clear need for airlines to differentiate themselves in order to encourage passengers back onto their flights. Digitalisation lies at the heart of both; minimising critical touchpoints in the passenger journey to improve confidence, all the while keeping passengers connected and entertained.”

Perhaps unsurprisingly, only a third (34 per cent) of passengers surveyed have taken a commercial flight since the pandemic began, which seems to indicate a shift in attitudes towards flying. Four in 10 (41 per cent) passengers predict that they will travel less by any means and a third (31 per cent) plan to fly less going forward. This number rises among Asian passengers, with 58 per cent in India, and 55 per cent in South Korea saying they plan to travel less in the future.

Despite this, there are some positive signs that travellers are feeling more confident about flying again, with almost half (47 per cent) saying they expect to feel ready to fly within the next six months.

There is significant variance across the world when it comes to passenger confidence about flying during the pandemic. Hungarian and British fliers are most confident, with 26 per cent and 16 per cent, respectively, saying that they would get on a flight today. Asian passengers are less so; over a third (35 per cent) of South Koreans expect not to fly again until COVID-19 disappears.

Travel confidence is said to broadly correlate with levels of public concern about COVID-19. South Koreans are twice as likely to describe their behaviour in relation to the virus as ‘highly cautious’ than Britons.

Travellers are more fearful of contracting the virus abroad than on a flight. In fact, many think that the risk of catching the virus in other environments such as gyms and public transport is much greater.

Recent research from the International Air Transport Association (IATA) supports this feeling. At the beginning of October 2020, IATA reported that, since the start of 2020, during which 1.2 billion passengers have travelled, there have been only 44 cases of COVID-19 reported which were thought to have been associated with a flight taken. That’s one case for every 27 million travellers. IATA’s Director General and CEO, Alexandre de Juniac, had commented “that the risk of contracting the virus on board appears to be in the same category as being struck by lightning.”

While passengers largely feel confident at passport control, security and communicating with cabin crew, they are reported to be less comfortable visiting the inflight toilet and being in proximity with others. The study indicates that solutions that minimise touchpoints and reduce interactions would go furthest in addressing pain points – such as contactless payments inflight (83 per cent) and staggered security queues (84 per cent).

When it comes to ensuring personal safety, passengers have disregarded the automatic 14-day quarantine. Instead, the results show a desire for a consistent set of measures to make the journey safer – such as mandatory face coverings, or a 48-hour test before travel, which is something IATA has been calling for as an alternative to quarantine measures.

Almost half of those surveyed (44 per cent) say that an airline’s reputation is now a more significant factor when choosing flights than it was pre-pandemic. It has, therefore, never been a more crucial time for airlines to differentiate themselves from their competitors.

The research highlights that improving the inflight experience is one way to achieve this. From extra legroom (43 per cent) to free baggage (39 per cent), value added services are becoming increasingly important to passengers returning to the skies.

Preference for a digital inflight experience is growing, with almost four in 10 (39 per cent) agreeing that onboard Wi-Fi matters more today than ever before. This is said to be most significant for Indian and Brazilian passengers. Destination status alerts, real-time luggage tracking and pre-clearing immigration on the plane – all enabled by cabin connectivity – are among the top new features of the journey passengers want to keep post-pandemic.