By adding the new electric buses to transport passengers to its terminals, Charlotte Douglas Airport will see an annual decrease of 50,000 gallons in diesel fuel consumption. 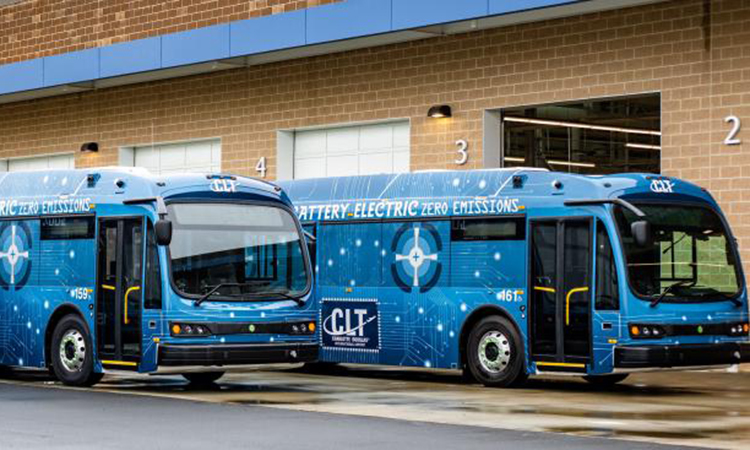 Charlotte Douglas International Airport (CLT) has announced that it is adding five electric buses to its vehicle fleet as part of its sustainability commitment to pursue fiscally responsible practices that minimise environmental impacts.

The buses will begin transporting passengers to and from the terminal on 13 October 2020. The airport has plans to replace its 70 diesel-powered buses with 50 electric buses over the next seven to 10 years.

Acting Aviation Director at Charlotte Douglas International Airport, Haley Gentry, said: “We are excited to begin the next chapter of sustainability for the airport. These buses are cleaner, more efficient to operate and provide a long-term operational cost savings. It’s a big step for the airport, but a step in the right direction.”

The five electric buses will result in an annual decrease of about 50,000 gallons of diesel fuel consumption at Charlotte Douglas Airport, saving an estimated $90,000. Due to emitting zero emissions, replacing the airport’s diesel fleet with electric buses will have an annual impact equal to removing 2,900 cars from city streets.

Other electric bus advantages are:

Charlotte Douglas Airport’s move toward electric buses also supports the City of Charlotte’s Strategic Energy Action Plan (SEAP), which strives to have city fleet and facilities fuelled by 100 per cent zero-carbon sources by 2030.

The exterior design of the electric buses is a big change for the airport, as well. The vibrant blue bus wraps contain polar positive and negative circles, electrical charge markings and the airport’s logo on both sides.

Charlotte Douglas Airport has chosen to embrace and incorporate various sustainable approaches into its daily operations, moving the airport toward a sustainable future. Sustainability initiatives at the airport have included the installation of solar panels, energy efficient systems, electric vehicle charging stations, the use of alternative fuel vehicles and recyclable building materials.

Gentry added: “We want to become a leader in environmental stewardship by implementing sustainability practices that benefit the airport, as well as our local community. The airport is committed in doing its part to help protect the environment and foster a healthier community.”