The CGI images of the proposed replacement terminal at Leeds Bradford Airport highlight a focus on improving the passenger experience. 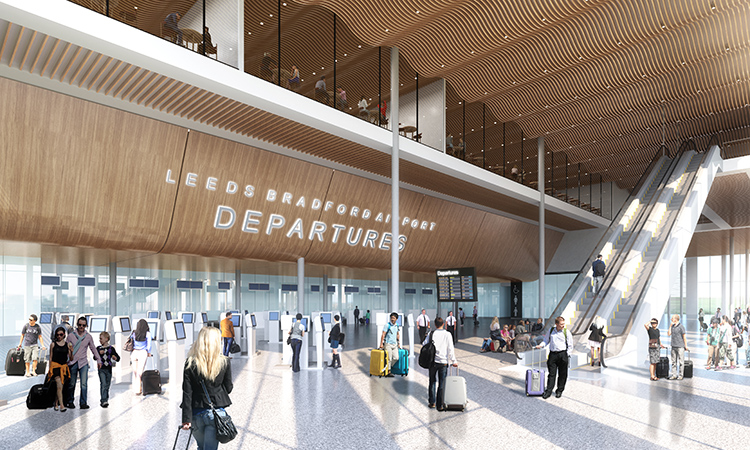 Leeds Bradford Airport (LBA) has released new CGI images of its proposed replacement terminal, showing what passengers could expect if plans are approved.

The images that have been released show what the new check-in hall, departures lounge and arrivals gate could look like. Large glass fronted walls, high ceilings, electronic check-in desks and food stalls all feature in the image renders. If approved, the airport expects construction of its replacement terminal to be completed as early as 2023.

Leeds Bradford Airport’s plans for a replacement terminal – submitted to Leeds City Council in May 2020 – propose the construction of a modern, three floor, 34,000m2 building on an alternative site within the airport’s boundary. 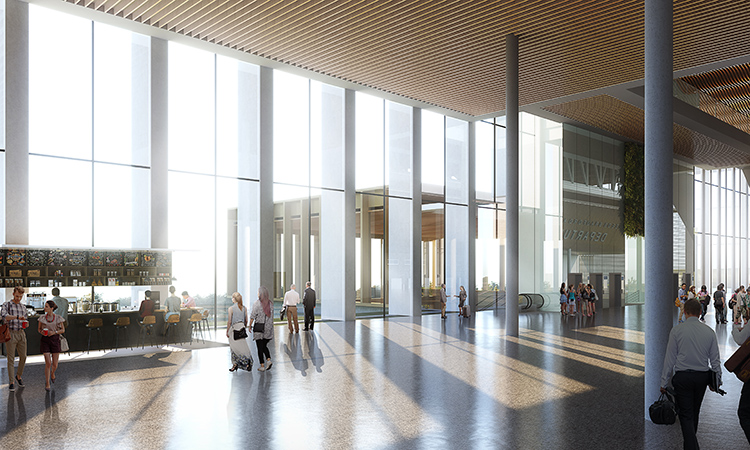 If approved, the new state-of-the-art terminal building would be the most environmentally-efficient airport building in the UK and deliver a passenger experience beyond what is achievable in the existing terminal, which has a legacy of several extensions over the course of its 55-year history.

If approved, passengers using Leeds Bradford Airport’s new terminal will benefit from a range of improvements, including: 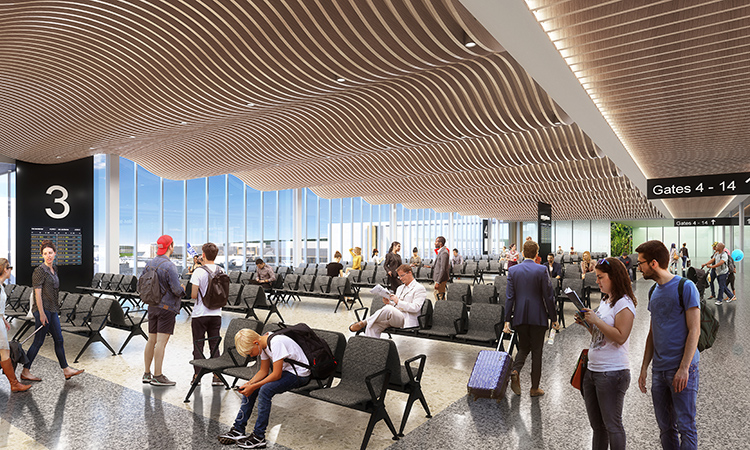 Chief Executive Officer of Leeds Bradford Airport, Hywel Rees, said: “It’s no secret that the current terminal at Leeds Bradford Airport is outdated. Essentially, the airport has only ever had ad-hoc additions made to it over the last five and a half decades. The expectations of passengers have rightfully changed exponentially in this time and it is only right that we move to meet them. We hope that these images can capture the imagination of passengers old and new, as well as generate a sense of excitement for a project we believe can significantly benefit the region.”