The UK government will adapt the existing country-based approach to travel corridors by separating some islands from mainland countries. 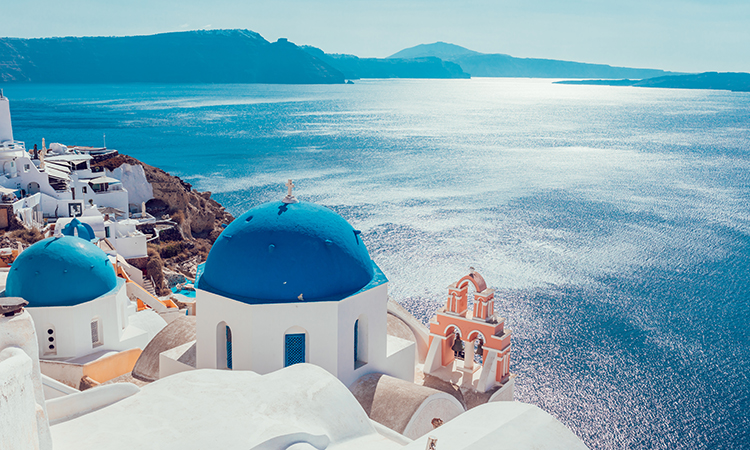 The UK’s Transport Secretary, Grant Shapps, has announced the introduction of a more targeted approach by the UK government to travel corridors by separating some islands from mainland countries, meaning that an area that presents a higher or lower public health risk to UK travellers can be assessed separately to the rest of the country.

The existing country-based approach to travel corridors has protected lives by reducing the risk of importing new COVID-19 cases into the UK. However, the Joint Biosecurity Centre (JBC) has now been commissioned to assess the most popular island destinations for British tourists.

The first changes under the new process were made on 7 September 2020, with seven Greek islands removed from the exemption list – Lesvos, Tinos, Serifos, Mykonos, Crete, Santorini and Zakynthos. People arriving in England from those islands as of 9 September 2020 will need to self-isolate for two weeks. Data from the Joint Biosecurity Centre and Public Health England has indicated a significant risk to UK public health from those islands, leading to Ministers removing them from the current list of travel corridors.

At the same time, the Foreign, Commonwealth & Development Office (FCDO) has updated its travel advice for Greece to advise against all but essential travel to Lesvos, Tinos, Serifos, Mykonos, Crete, Santorini and Zakynthos. The rest of Greece remains exempt from the FCDO’s advice against all non-essential international travel.

The new, more targeted process will allow the UK government to continue to respond quickly to threats of imported cases while minimising wider disruption to passengers and the travel industry.

Grant Shapps, the UK Transport Secretary, said: “Our top priority has always been to keep domestic infection rates down, and we’re taking the next step in our approach. Through the use of enhanced data, we will now be able to pinpoint risk in some of the most popular islands, providing increased flexibility to add or remove them – distinct from the mainland – as infection rates change. This development will help boost the UK’s travel industry while continuing to maintain maximum protection to public health, keeping the travelling public safe.”

The UK government has outlined that it is not considered safe to implement a fully regional system for international travel corridors – there is too much movement between high risk and lower risk regions within single countries and regional health information is not sufficiently reliable. However, when a region has natural boundaries – like an island – the risks reduce.

Any changes will only apply to land that has a clear boundary or border where there is robust, reliable and internationally comparable data available. The island must also have direct flights to the UK or, at a minimum, transport must have taken place through exempt territories.

Government has made consistently clear it will take decisive action if necessary to contain the virus, including removing destinations from the travel corridors list rapidly if the public health risk becomes too high.

Holidaymakers may find they need to self-isolate on return to the UK and are advised to consider the implications of self-isolation on them and their families before making any travel plans. It is very important that people with symptoms of or a positive COVID-19 test and their household members stay at home. Staying at home will help prevent the spread of the virus to family, friends, the wider community and particularly those who are clinically extremely vulnerable.

Responding to the Transport Secretary’s statement in the House of Commons, Airport Operators Association (AOA) Chief Executive, Karen Dee, said: “Treating islands separately to a mainland, for the purposes of quarantine, is a welcome step in the right direction for government policy. But the quarantine requirement is devastating the UK aviation industry, and this change is unlikely to improve consumer confidence significantly. It is essential that we find a safe alternative.”

She continued: “The industry has been calling for government action on a testing regime for the aviation system for months, while the sector has suffered through its worst summer in a generation. While there are certainly some issues with testing immediately on arrival – as the Transport Secretary outlined – there are other options available, such as testing on day five or day eight after arrival, which could improve the situation.

“Government must work quickly and decide upon a testing regime which can be put in place as soon as possible. The aviation sector cannot continue operating against these headwinds for much longer – AOA estimates more than 100,000 jobs are at risk unless the industry can re-start properly. A testing regime for UK aviation would help kick-start such a recovery,” she added.