EASA’s suggested rules work to maximise the commercial benefits of drones against the safety and privacy of citizens and the potential environmental impact. 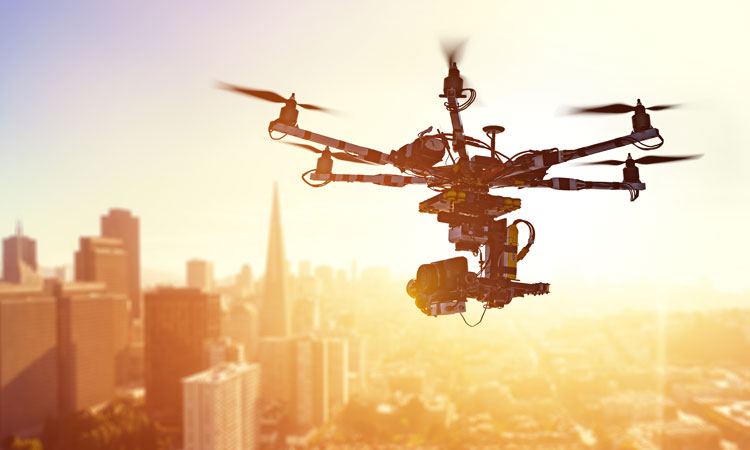 The European Union Aviation Safety Agency (EASA) has published the first view worldwide on the use and control of drones in an urban environment, balancing the desire to maximise the commercial and convenience benefits of drones against the need to ensure the safety and privacy of citizens, as well as the potential environmental impact on cities.

The challenge of integrating drones into urban environments is that these areas are already densely populated by ground traffic, other types of air traffic – such as commercial airplanes, other civil aviation and police or hospital helicopter services – but also people, who are rightfully concerned about noise, privacy and the possibility of low-level flights causing accidental injury.

The term ‘U-space’ is being used to describe the management of unmanned aircraft traffic to ensure the safe interaction with other entities using the same space in any location, not just urban areas.

Executive Director of EASA, Patrick Ky, said: “We are already starting to see an increasing number of complex flights undertaken by drones in various experiments across the globe. Also, as everyone is aware, many companies have commercial ambitions to use drones for deliveries or, looking further ahead, to offer services such as air taxis.”

Ky continued: “This opinion proposes a regulatory framework that will allow such services to co-exist with all of the other activities in our urban environments. The aim is to ensure safe operations, while also creating the basis for a competitive U-space services market, and establishing a level of environmental protection, security and privacy that is acceptable to the public.”

EASA’s opinion, which was presented to the European Commission (EC) as a basis for future legislation, lays down the first building block for the establishment of the U-space in Europe. The initial scope is low-level airspace, densely-populated urban airspace and locations close to an airport, with no attempt made to cover the airspace in other areas. EASA expects to expand the scope as the market develops and experience is gained.

One example of the measures it proposes is a Common Information Service for the exchange of essential information. This would offer U-space service providers, air navigation service providers (ANSPs) and other participants in the U-space airspace access to the same traffic data and airspace restrictions, which will help drone operators to plan and execute their flights safely, knowing exactly where and when their drone is permitted to fly.

Together with the opinion, EASA published a first set of draft content of acceptable means of compliance (AMC) and guidance material (GM) to support drone operators and European Union (EU) member states in complying with the new rules. The final AMC and GM will be published by EASA once the European Commission has adopted the regulation and the necessary consultation with stakeholders has been completed.