This project has made Eindhoven Airport one of the first airports in the world to screen all carry-on luggage with 3D screening technology. 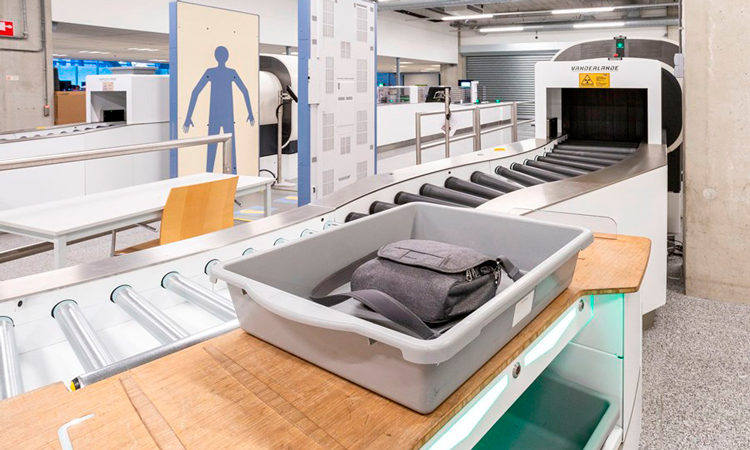 Eindhoven Airport (EIN) has launched its newest innovative project, which is focused on the upgrade and modernisation of its passenger security checkpoint.

The project features technologies that will provide passengers with a seamless screening experience, increased throughput, enhanced security and a more intuitive process.

The airport’s decision to upgrade its security checkpoint first began in 2018, in order to meet the new requirements of the Dutch Ministry of Justice and Security. The new requirements mandated that all Dutch airports had to adopt the full use of explosive detection systems for cabin baggage (EDSCB) at checkpoints by the end of 2019.

Following a successful pilot of two security lanes at the end of 2018, Eindhoven Airport was able to collaborate with Vanderlande, the original design partner, to develop an advanced automated tray return system (ATRS).

The design of the new lane allowed for the airport to achieve higher throughputs, be more efficient, produce less noise and offer an aesthetic and ergonomic design. Flexible and modular, the ATRS can be integrated with most CT scanners currently approved by ECAC (European Civil Aviation Conference) and issued with trays of various sizes, with minimal changes.

At the end of 2019, the airport installed six additional ATRS units with various configurations in order to meet the capacity requirements and make optimal use of the limited available space. As a result, Eindhoven Airport has become one of the first airports in the world to screen 100 per cent of its passengers’ carry-on luggage with 3D screening technology.