Sustainability Series: How does Zurich Airport protect the environment?

For the latest instalment in our Sustainability Series, Emanuel Fleuti, Head of Environmental Services of Zurich Airport, tells us how the airport is doing its bit for the environment; from solar panels and water wastage, to electric airside vehicles and biodiversity.

What measures does Zurich take to protect the environment?

Zurich Airport’s environmental management comprises several areas that all follow the environmental mission statement. These areas include air quality, climate and energy, nature and landscape, water and soil and waste and resources. There are individual measures for each area.

Aircraft emission charges introduced in 1997, fixed ground power systems, modern heating plants and public transport initiatives are key measures in the area of air quality. Zurich Airport is considered a European leader in this environmental aspect. We are committed to ensuring that aviation evolves in an environmentally-friendly manner. All CO2 emissions have been calculated in detail since 1991 according to the GHG protocol (Greenhouse Gas). Flughafen Zürich AG has been able to reduce the applicable emissions (scopes 1 and 2) through various measures by approximately 50 per cent since 1991. We decided to voluntarily reduce our CO2 emissions to 20,000 tonnes by 2030 and 10,000 tonnes by 2040. We further ultimately aim towards zero-emissions in 2050.

Flughafen Zürich AG is entirely committed to water conservation as clean water is a valuable commodity. Thanks to the careful management of fresh water, water consumption per passenger has been significantly reduced at Zurich Airport over the past few years. Rainwater is also increasingly being harvested for toilet flushing. Rainwater sewage is collected separately via an extensive drainage system, pre-treated where necessary and channelled away into the river Glatt. Zurich Airport is breaking new ground by using a natural process to purify the wastewater from de-icing operations. Wastewater that contains high levels of de-icing products is collected from aprons and taxiways and distributed across suitable green spaces through sprinkler systems. Micro-organisms break down the de-icing residues contained in the wastewater, thereby purifying the wastewater until it no longer contains harmful levels of de-icing substances.

Zurich Airport amasses large volumes of different types of waste: Paper, cardboard, wood, metal and other materials, as well as hazardous waste and large amounts of rubbish. The airport-wide waste management concept was established in 1992 and was most recently revised in 2011. It is based on the principles of avoidance, reuse, recycling and environmentally-friendly disposal (incineration). Flughafen Zürich AG takes care of waste disposal for many businesses on the premises. Two gas-powered collection vehicles transport rubbish and recyclables directly from the source to external disposal companies. The systematic separation of recyclables and rubbish is an important approach. Wood, metal, paper, cardboard, plastics and PET items can all be recycled. A complete collection infrastructure and an electronic clearing system based on the ‘polluter pays’ principle facilitates separation.

Do you think public transport links are vital to cutting aviation emissions?

Yes I do. With around 350 rail connections and over 700 bus and 400 tram departures a day, Zurich Airport is considered to be one of the best-connected locations by public transport in Switzerland. Thanks to these public transport links, Zurich Airport can be reached quickly and easily from everywhere. The train ride to the heart of Zurich takes around 10 minutes. This ease of accessibility sees passengers choosing to use public transport, thus saving many car journeys and reducing emissions.

How has Zurich reduced its CO2 by 50 per cent in the last 25 years?

Flughafen Zürich AG has been able to reduce the applicable emissions through various measures by approximately 50 per cent since 1991. We took the decision to voluntarily reduce our CO2 emissions to 20,000 tonnes by 2030 and 10,000 tonnes by 2040, even aiming at zero emissions by 2050. The climate protection programme of Zurich Airport has been accredited at Level 3 of the Airport Carbon Accreditation of ACI EUROPE. This means that not only has our airport mapped and reduced CO2 emissions under its direct control, but also that we have engaged other stakeholders on the airport site to reduce their CO2 emissions as well. In 2018, Flughafen Zürich AG’s CO2 emissions amounted to approximately 26,800 tonnes.

How have electric vehicles changed your airside fleet?

Already 30 per cent of our motor-driven vehicles and handling machines airside are powered by electricity. That’s a figure we want to increase further. The switch to electric vehicles will make the airside fleet more environmentally friendly and further reduce emissions.

How are you making your buildings energy efficient?

There are various measures to make our buildings energy efficient. The consumption of energy for heating purposes has been significantly reduced since 1994. More renovation and replacement projects are planned over the next few years, and these should serve to further reduce energy consumption. Stabilising electricity requirements remains a challenge. Alternative energies are an important pillar in achieving the objectives of the 2030 energy strategy. Since 2003, a photovoltaic system located on the roof of Dock E has been producing electricity, and energy piles located underground have been producing energy for heating and cooling. A second photovoltaic system on car park P6 was commissioned in 2014, and this is expected to produce an annual output of 720MWh. In 2018, another system with modules on the roof of P1 and A11 was connected to the grid. This produces an annual output of 580MWh. Further systems for alternative sources of energy are currently being planned.

What is ‘THE CIRCLE’? How is this environmentally friendly?

THE CIRCLE is the new destination of Zurich. With THE CIRCLE, Zurich Airport is developing from a traffic hub and commercial centre into its own destination. National and international brands, branches and service companies in the premium segment are expected to present themselves to an international audience on around 200,000m² of floor space. Completion is scheduled for 2020. The supply of heat and cooling takes place via the earth as storage – the demand for energy and water is greatly reduced by recovery. Another natural source of energy is the photovoltaic system on the roof of the building area. THE CIRCLE has the LEED® PLATINUM and the Minergie certification.

How does Zurich promote biodiversity?

The area within the perimeters of Zurich Airport is an important habitat for rare plant and animal species. The 74 hectare nature conservation area ‘Klotener Riet’, which is located between runways 16/34 and 14/32, comprises around 34 hectares of low moorlands of national importance. Together with the other nature conservation areas adjacent to the airport, ‘Altläufe der Glatt’, ‘Bachenbülacher Allmend’, ‘Rütner Allmend’ and ‘Goldentor’, this is what remains of the extensive former marsh landscape. These nature conservation areas are home to a diverse range of flora and fauna, including some extremely rare species. They are looked after by the cantonal office for nature conservation in collaboration with Flughafen Zürich AG. As a substitute for nature conservation areas affected by the fifth expansion programme, Flughafen Zürich AG established the five-hectare ‘Halbmatt’ biotope, to the north of the airport. Nature conservation areas were also set up along the river Glatt and in the municipalities of Steinmaur and Weiach to offset the environmental impact. Flughafen Zürich AG is responsible for maintaining other green spaces. The nature-oriented approach of managing green spaces as extensive grassy meadows, which was introduced more than 10 years ago, is having a positive impact. This impact is two-fold; this type of vegetation makes it difficult for birds of prey to hunt for food (lower bird strike risk) and it promotes the development of a nutrient-poor cohesive meadow landscape which is becoming something of a rarity in central Switzerland.

Emanuel Fleuti has been the Head of Environmental Services of Zurich Airport since 1990 with a background of an MSc in Geography. He is responsible for all environmental aspects excluding aircraft noise, with particular expertise in environmental management, air quality and climate change. Fleuti is participating in several international programmes, e.g. ICAO’s Committee on Aviation Environmental Protection (CAEP) or the European Forum-AE, represents the airport in the ADV (German Airports Association), has chaired the environmental committees of ACI EUROPE and ACI World and supports other airports and aviation organisations through consulting. 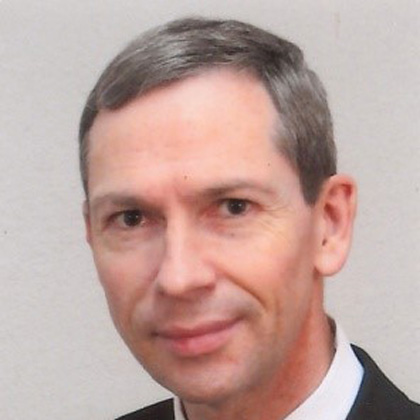