Working smarter is allowing airports to facilitate more passengers with the existing facilities. However, as Caroline Wilkie, Chief Executive Officer, Australian Airports Association, highlights, with demand for air travel intensifying, infrastructure solutions are necessary to ensure the industry has the capacity to meet passenger needs. 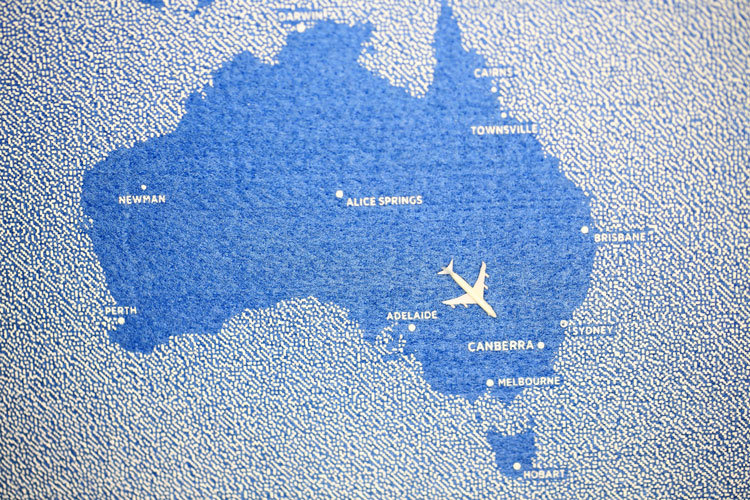 IN AUSTRALIA, the national network has largely facilitated growth in air travel by optimising existing infrastructure. Passenger numbers have more than doubled since 2002 as Australian airports have worked to streamline processes, enhance operational efficiency and deliver a better experience.

However, the next 10 years are expected to see an injection of new capacity in the Australian aviation network to support the continued industry growth. There are four airport runways under construction or planned across the country, in addition to the construction of the new Western Sydney Airport. These projects will bring new capacity to the market and improve the operations of the overall network.

In Queensland, the nation’s biggest infrastructure project is well underway, with Brisbane Airport’s new runway nearing completion for a mid-2020 opening. The $1.3 billion project includes a 3.3km runway in addition to 12km of taxiways. The project has represented an incredible technical feat, with the new runway’s location presenting unique challenges. Site preparation and reclamation works began in 2012, with five years allocated due to the site’s required ground improvements.

Construction is now underway and, when complete, the runway will deliver increased capacity to the local market; supporting the city’s growth. In addition, it will further strengthen the east coast network with more efficient connections supporting an effective national network. Importantly for the Queensland gateway, the new runway will facilitate more direct international services.

Brisbane Airport expects the project will deliver an additional $5 billion of economic benefit to the region, while effectively doubling the capacity of the airport. Due to be completed in 2020, it will be supported by the first 100 per cent LED ‘Cat 1’ lighting system in the Southern Hemisphere: A great example of Australian airports investing in innovation across all aspects of operations.

Further north, the Sunshine Coast Airport runway project is underway; an important development for the tourism hotspot. With the new runway due to be completed by the end of 2020, Sunshine Coast Airport’s Chief Executive Officer, Andrew Brodie, believes the project will boost many local industries.

“By enabling this airport as a gateway to Australia and also the Pacific and South-East Asia, it’s a fantastic opportunity to get the Sunshine Coast’s famed produce front and centre from a freight perspective,” Brodie said.

Melbourne and Perth airports also have runways planned, in projects which are intrinsically linked to the future economic health of their cities. In Melbourne, a third runway will be essential in supporting the exponential passenger growth over the next 20 years. The airport is expected to welcome more than 38 million passengers this year and has already reached capacity at peak periods. While the airport can facilitate 55 aircraft movements per hour in peak times with its two intersecting runways, a third runway will significantly increase that to more than 90 movements.

Melbourne Airport Chief Executive Officer, Lyell Strambi, has commented on the runway’s importance in regard to Victoria’s economic growth. He said the third runway is vital to maintaining the growing demand for air travel, while preserving a quality traveller experience. Consequently, the airport is advancing investment programmes aimed at improving operational efficiency and optimising existing infrastructure.

Meanwhile, a new runway in Perth will help keep pace with demand as the city cements its position as the nation’s western gateway. The potential for a third runway was first raised in the 1970s, with early planning suggesting the current runway system could meet the needs of up to 145,000 passengers per year. This was surpassed in 2013, and annual passengers are expected to grow to 241,000 by 2045.

Perth Airport estimates a new parallel runway (to be delivered as part of a $2.5 billion, 10‑year investment programme) would generate $2.39 billion in income in its first two years of operation. The risk of not keeping pace of demand is stark, with the airport estimating a failure to construct the runway would see $1.72 billion lost in tourism expenditure over 20 years.

While the new Western Sydney Airport, operational by 2026, will deliver new capacity, the city is already home to the country’s busiest airport. Sydney Airport has facilitated strong international growth in recent years, driving efficiencies to facilitate more passengers across its operations. Its success in attracting new services from growth markets such as China shows the appeal of direct flights is set to stay.

Sydney Airport is subject to a movement cap and operates under a curfew. While the curfew remains appropriate given the proximity of the airport to the city centre, the restrictive nature of the movement cap – calculated every 15 minutes – has limited the flexibility of the airport’s operations. As new runways in other states come online and provide scope for a greater number of services, it will be essential that Sydney Airport does not become a bottleneck in the national network. More flexibility in how the movement cap is calculated would achieve this, without increasing the overall number of aircraft movements facilitated by the airport.

While the additional capacity these projects will deliver is important, it is just one way in which Australian airports will support the growth of the nation’s economy and community. Airports are continuing to work closely with airlines and government agencies to drive operational efficiency and a better airport experience. Together, these efforts are ensuring a strong aviation network for years to come.

CAROLINE WILKIE has been CEO of the Australian Airports Association (AAA) since 2011. The AAA represents all major regular passenger transport airports in Australia as well as council airports. The membership spans from councils with grass-strip runways to Australia’s major gateways. The AAA also represents a further 140 corporate members and is engaged in research, developing industry publications, education, advocacy and major industry events. Wilkie has a master’s in Public Affairs and more than 15 years’ experience in Association Management. 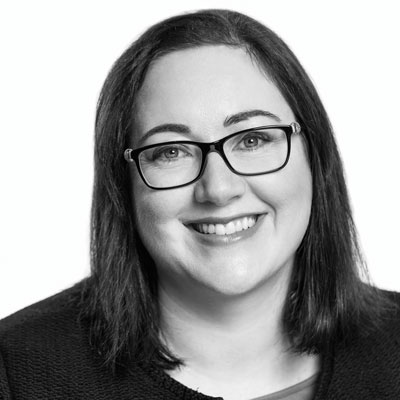