Construction at the new Western Sydney Airport takes off

Construction is finally underway at the new Western Sydney Airport which is expected to be completed by 2026 and generate 20,000 jobs. 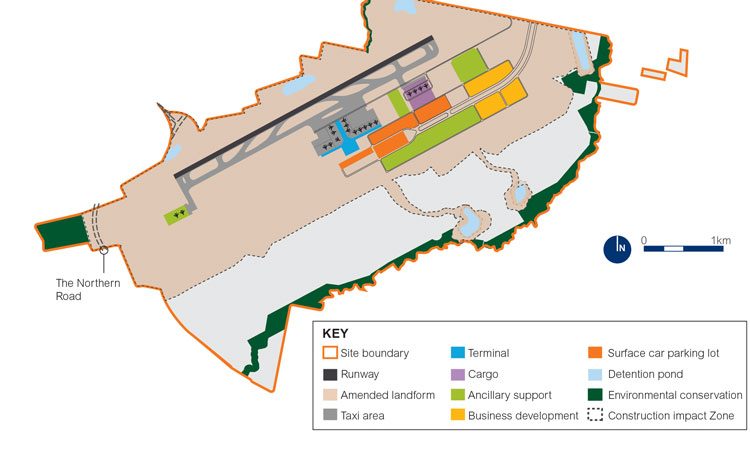 Work to build Western Sydney Airport has begun, with ground broken on the once-in-a-generation project. The Badgerys Creek airport site is approximately 1,780 hectares, which is almost twice the size of the Sydney, Kingsford Smith Airport site.

Prime Minister Scott Morrison gave the signal on 24 September 2018, for earthmovers to roll into position and begin the immense task of preparing the site.

Millett said: “The site is very challenging, the difference between the highest and lowest points is the equivalent of a 12-storey building. These initial earthworks will help prepare the ground for eventual runway and terminal construction.”

The initial earthworks phase of construction is expected to take until the end of 2019. It involves moving around 1.8 million cubic metres of earth, which is the equivalent of about 720 Olympic swimming pools.

This significant task pales in comparison to the challenge ahead of Western Sydney Airport’s major earthworks. Due to begin in 2019, major earthworks will shift 22 million cubic metres of earth, more than three times the amount moved to build the nearby, 41-kilometre M7 motorway.

A workforce of around 180 people will carry out the initial earthworks. Over the course of the airport construction project, 11,000 jobs are set to be created, with a target of at least one-third coming from Western Sydney.

The airport is due to open in 2026 and will be a full-service airport with international, domestic and regional flights. It will also cater for freight flights, opening up new possibilities for Australian exporters and helping to tackle the nation’s growing freight task.