David McMillan, Chair of the ATM Policy Institute, says that the development and digitalisiation of the air traffic management industry is a change that has taken a long time to be accepted industry wide, and this ongoing development can only happen with continued liberalisation within the industry. 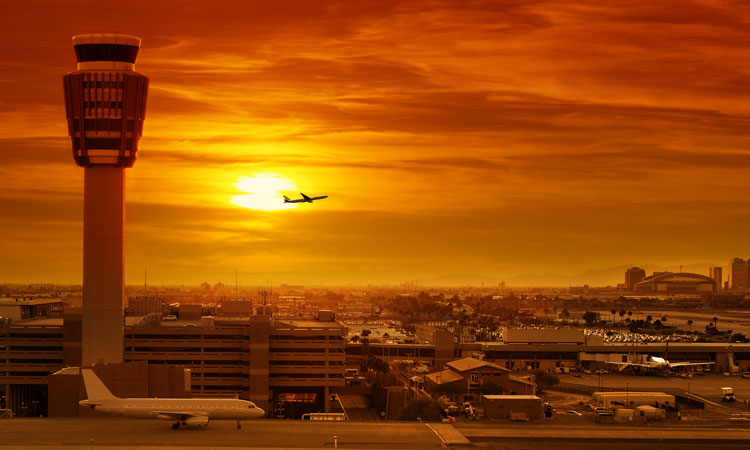 The aviation industry has been undergoing reform for more than a quarter of a century. First the airlines and then the airports, have been commercialised. The marketplace in which they operate has been liberalised and economic regulation, has been introduced. Where this has occurred, the economy and society impacts have been remarkable. More people fly, and to more destinations, than ever before. The economic benefits of aviation are well rehearsed, and liberalisation has been a source of growth for the world economy.

Progress in the air traffic management (ATM) sector has been much slower and constrained; although some changes are now evident, the ATM Policy Institute believes that tangible actions must be taken to kick-start real reform. Evidence from the attempted reforms in Europe – which have been driven by the European Commission – suggests that there is little appetite from within the ATM industry itself for comprehensive reform.

Change in the other parts of the aviation industry started from outside the incumbents too. When President Carter deregulated the airlines in the USA in the late 1970s it was at the suggestion of his economic advisor Alfred Kahn.

There was no groundswell of demand for it to happen; the passengers did not demand it. The airlines most certainly did not. Once there was momentum for change it became clear that there was little choice for the airlines. They had to run or get run over. The public become very enthusiastic. It was that experience, combined with a common belief in the benefits of deregulation shared by both Kahn and UK’s Prime Minister at the time, Margaret Thatcher, that saw the next great wave of airline deregulation, and privatisation, kick off. That groundswell continued to drive momentum to airport deregulation and privatisation, although the local nature of airports and the increasingly strident demands for price regulation from the airlines has meant it has proceeded more slowly. Nonetheless, the number of airports that are in some way privately managed or owned continues to grow. The regulatory environment in which they operate is also increasingly liberalised. Again, there is no questioning the improvements this liberalisation has brought to passengers and their experience of travelling.

The ATM Policy Institute was established to draw attention to the benefits reform of the industry could bring to ATM and to aviation. Reform of the ATM industry will see the industry able to respond to more challenges and disruption, with a greater customer focus and more efficient expenditure resulting in lower costs. Generally, liberalisation and the introduction of market forces where possible are the most efficient means to bring about reform, but the industry is not fixed on these ideas. Structural reform of the industry and the introduction of new technologies are additional avenues that need to be considered.

There are a lot of examples that suggest that change is possible, most of these surround airports. As an industry we are starting to see a strong movement towards installing and operating remote towers, for example. We are also seeing increasing competition in the market for the supply of tower control services. These are both very significant.

The single most significant development that is signalled by remote towers is that we are finally digitalising the last great analogue element of air traffic control. The image of the controller in a tower, binoculars at the ready is going to go the way of the B747-100. However, it is not just the vision of the airport and its approaches that is improved with the technology that made remote towers possible; it is the fact that we can now monitor and manage the aircraft and their movements digitally from push-back to on-block. We are now at a point where we can start to use the benefits of digitalisation to manage aircraft movements. Air traffic management is moving from being about ground-based human controllers to data-driven management of flows and this should not be underestimated.

What this means is that it is now possible not just for virtual towers to operate, but for things like virtual air traffic management to be deployed. Yes, clearly, none of this is to happen without rigorous and extensive safety testing and accreditation. That goes without saying, but this is a very interesting first step.

It is not a step that all incumbents will embrace wholeheartedly, because it will be a huge change and it will risk putting some incumbents under intense competitive pressure as new entrants come into the market. This is not mere speculation; the arrival of drones and the systems being proposed to manage their use of the airspace, UAV Traffic Management, or UTM, is a harbinger of how digital air traffic management might evolve. There is much to resolve in the shared airport-drone space, but developments in UTM might show us a way to reconsider and reconfigure airspace management.

Add to that the increased understanding that tower control services are competitive, or at least can be competitive and there is a fascinating dynamic developing. The first part of that dynamic is the understanding that the airport is the customer for tower services and that it is the airport that has the ability to require its tower control service provider to do so in a way that stresses economy of price, flexibility, customer and airline service or any combination of those factors.

These are exciting times. The ATM Policy Institute was established two years ago and since then has conducted workshops, published papers and encouraged research and thinking in this area. Ultimately, the ATM Policy Institute will be seen as the leading independent, but thoughtful, advocate of reform. We also aim to bridge misunderstandings on this process between airlines, airports, air navigation service providers, policy makers and regulators.

The members of the ATM Policy Institute accept that there should be changes to the way the industry operates. The ATM Policy Institute believes that the ownership structure and business models of all ANSPs should enable each ANSP to respond to market developments competitively. The laws and rules governing a country’s airspace should place only limited restrictions on an ANSP’s ability to enter (and leave) a market, but where an ANSP retains significant market power, it must be subject to effective economic regulation. We also accept that there should be appropriate safeguards to ensure governments have confidence in the continuous supply of appropriate ATM services in their airspace.

Liberalisation will not happen without support from the broader aviation industry, governments and regulators. The ATM Policy Institute has been established to demonstrate the possible benefits of liberalising ATM to these different groups, and to drive the debate in this area. We provide economic research that is supported with evidence and that stands up to scrutiny. We also think it important to integrate the latest thinking and industry developments into our research, including learning from the experiences of other monopoly industries that have been liberalised to demonstrate that the liberalisation of the ATM industry is achievable, whilst considering the implications of our research and strategy on ANSPs’ customers, stakeholders and staff.

Our aim is to communicate our ideas and research clearly and, in a way, that a range of audiences can understand and can contribute to debates on the future of ATM as we work with our members to collectively develop a competitive ATM industry. An important element of what we do is to influence the key decision-makers including civil aviation authorities and departments for finance, transport and defence and to influence the key players in the industry including ANSPs, airlines and regulators.

We will not be able to achieve these goals without active engagement and involvement of all parts of the aviation industry. Consequently, the ATM Policy Institute is open to any entity or organisation that is prepared to agree with our aims and feels able to contribute to this debate. The role of airlines, airports, their trade associations and industry suppliers will be invaluable in the move towards liberalisation and reform. Indeed, without that industry-wide involvement reform and liberalisation will be slower, less comprehensive and determined by only those that have a voice.

David McMillan is the Chair of the ATM Policy Institute and a Non-Executive Director of Gatwick Airport Ltd. He was the first European to chair the Flight Safety Foundation from 2012 to 2015 and was Director General of EUROCONTROL. Before that he was UK Director General of Civil Aviation and spoke for Europe on environmental issues at ICAO. Earlier in his career, he led for the Government on the establishment of both the NATS PPP and of Network Rail and spent five years as Transport Secretary at the British Embassy in Washington DC. David started his career in the Diplomatic Service and is a fellow of both the Chartered Institute of Transport and the Royal Aeronautical Society. 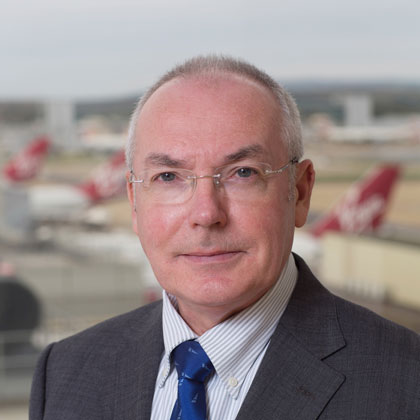