December 2019 will see the opening of Scandinavian Mountains Airport – the world’s first new airport to be built without a traditional tower. The airport will instead use remote tower services based at Sundsvall Timrå Airport, approximately 350km to the east. Brett Weihart, CEO of Scandinavian Mountains Airport AB, reveals why this was a logical choice. 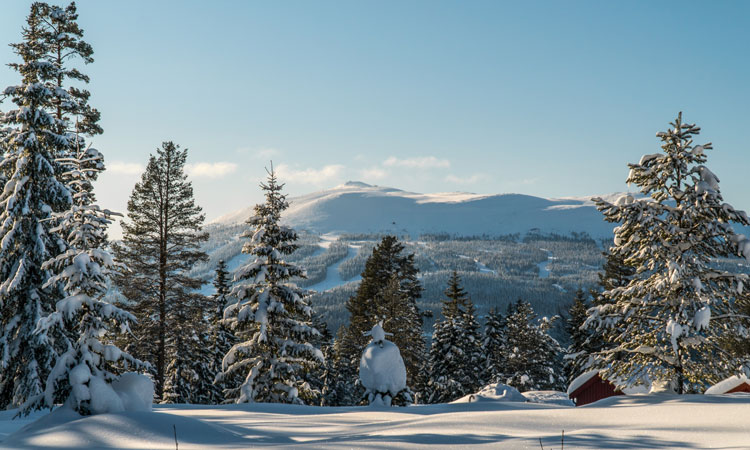 As the name suggests, Scandinavian Mountains Airport is being built in the region’s mountainous terrain, 500m above mean sea level. It is located on the Swedish–Norwegian border, approximately six hours north-west of Stockholm, and will be only the second fully privately‑owned airport in Sweden. It is jointly owned by Scandinavian Mountains AB, Året Runt i Sälenfjällen AB, Destinasjon Trysil SA, Destinasjon Femund Engerdal AS and SkiStar AB – unique in that these companies are municipal tourism promotors from both countries and a ski resort owner.

The airport will be seasonally focused, primarily on the alpine ski industry, which is reflected in its ownership. It is nestled in between the largest Norwegian ski resort of Trysil to the west and the largest cluster of ski resorts in Sweden, Sälenfjällen, to the east. The resorts are all located no more than 40 minutes from the airport.

Currently the airspace around the airport is G-class, meaning it is uncontrolled. Although located on the Swedish side of the border, the airport runway is only several kilometres away from the Norwegian border, and hence Norwegian airspace. A reclassifying of airspace is currently underway to incorporate both a controlled traffic region (CTR) and terminal manoeuvring area (TMA), which will be cross-border. Approach and departures will also encroach into Norwegian airspace.

Scandinavian Mountains Airport is being built to reference code 4E. Airport design codes are banded according to wingspan, and code 4E specifies a span limit of up to but not including 65m. The airport will also comprise a single runway of 2,500m, one taxiway and two aprons – one for commercial traffic with four power-in, power-out parking positions and a general aviation apron.

In order to facilitate a high level of regularity for its airline customers, the airport will be installed with a CAT III instrument landing system. This will be only the third airport in Sweden, after Stockholm and Gothenburg, with CAT III capability. Operating in a full winter climate between December and April. With snowfall starting as early as mid-September some years and going through into the month of May, winter operation capabilities have been a key component in the design and functionality phase. Snow removal and temperatures well below freezing will be a common occurrence at the airport during the winter.

The terminal is located adjacent to the commercial apron and, on completion, will be 6,000m2 with four gates.

One of the biggest questions when designing the airport was the issue of air traffic services (ATS) in this remote location. At the time of evaluation there were two providers of ATS in Sweden, with one of these providers also offering a remote tower solution. Sweden currently has two fully operational remote towers and, in the absence of a tower on the airport site, a full-scale evaluation was made regarding these two different models.

The extensive decision process was undertaken over a 12-month period. Many key factors were considered, including the cost of investment, operation and maintenance and the total capital investment of the airport, as well as the seasonality of traffic, redundancy, cross-border air traffic control (ATC), the ability to attract and retain staff to the region, and even the evolving digital infrastructure. After lengthy negotiations, it was decided that Scandinavian Mountains Airport would embrace the remote tower solution.

This enables a business model that reduces the need to have a tower open when traffic is not present during a large part of the off-season, thereby reducing unnecessary operational costs. It also means the airport has the flexibility to open the tower at relatively short notice when required. Apart from the fact that a remote tower capital investment is less than a traditional tower, the air traffic controllers can support other airports from the centre when needed and thus minimise the operational cost for respective airport.

Scandinavian Mountains Airport also works closely with the air navigation service provider to identify additional airport services that may be able to move to remote operations in the future, including security and surveillance of the airport during non- operational periods, pending CAA approval.

Another important aspect of the remote tower concept was the fact that maintenance needed at the airport is limited to a camera tower feeding the RTC with all information. All the operational systems and automation tools needed for performing air traffic services are located at the RTC where maintenance and support resources are shared with other airports. The systems and services to be used for Scandinavian Mountains Airport are the same as those used for other Swedish airports.

The operation of the camera mast/ tower in winter conditions during the most intensive traffic period was a key factor to have assurance around, as visibility can be significantly reduced in heavy snowfall. On inspection the system has been well proven regarding this point, with the other two operational towers located mid-north of Sweden where the winter is long and snowfall can be intensive.

Brett Weihart is CEO at Scandinavian Mountains Airport and Regional Airport Partners. He has over 15 years of experience within the aviation industry having worked on both the airline and airport sides of the business. Prior to these roles Brett held executive positions within Swedavia, as Group Aviation Business Director, Interim CEO at Malmö Airport and CFO & Deputy CEO at Gothenburg Airport. 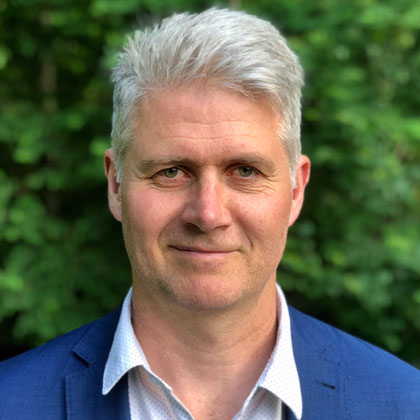