Security and customer service: Can they go hand in hand?

István Szabó, Head of Security Screening at Budapest Airport explains how with the opening of its new terminal in 2011, its security and customer satisfaction performance has undergone a dramatic improvement. 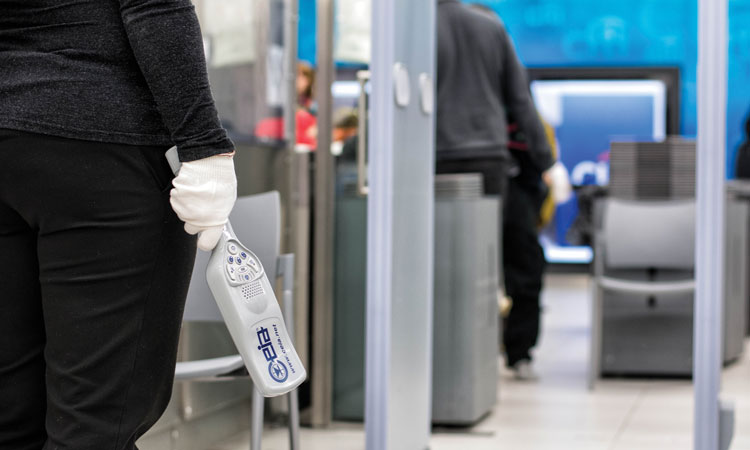 Budapest Airport (BUD) was opened in 1950 with one terminal and served over 7,000 passengers in its first year of operation. In the following decades the airport has been developed, new terminals were built and traffic has grown. In 2005 BUD was privatised and is now managed by a consortium led by AVI Alliance.

The year 2004 marked a milestone for the airport when Hungary joined the European Union and BUD had to comply with EC regulations concerning aviation security. In the following years major investments have been used to fulfil these obligations. A new Security Restricted Area fence was built and equipped with thermal imaging cameras, and a new security concept has been adopted. In 2011 a new terminal SkyCourt was opened which linked the two separated terminals and created a better atmosphere both for passengers and staff.

When talking about the airport’s history we also have to mention the 3rd February 2012, a black day for the whole Hungarian aviation industry which saw the national carrier Malév go into bankruptcy. With that BUD lost around a third of its traffic from one day to the next and suffered a major hit financially. However during the following years the airport has been able to compensate for the loss of Malév and in 2014, served a record 9.16 million passengers.

Unlike other EU countries BUD manages and employs all security staff who are either directly employed by the airport itself or by Budsec Ltd, which is a wholly owned subsidiary of BUD Airport. The Security Directorate is in charge of passenger and staff screening, hold baggage screening, vehicle screening, access control, quality assurance and staff training. Besides that, according to local regulations we are also responsible for airport security itself (perimeter control, patrols, gate security). These tasks are performed by the Armed Guards Unit, who are also direct employees of the airport. In total the Security Department employs over 500 people and is the biggest department within the airport administration.

Before the opening of the new terminal in 2011, the screening of passengers had several problems. We only had available a dark, small area, which was uncomfortable for passengers and had no suitable ventilation to create fresh air. We used old equipment and passenger screening took place in the two terminals separately (Terminal 2A for Schengen and 2B for non-Schengen traffic). Due to the two separated terminals it was often the case that screening at Terminal 2B could be empty while Terminal 2A was overcrowded with passengers, causing waiting times to increase above 30 minutes. There was also no explanation for the passengers as to why the other terminal could not be used.

Staff also tended to be focused only on security without taking into consideration the customer service aspects. There was also no flexibility in the shift system with most of the screening personnel working in 12 hour shifts from 7am to 7pm, meaning that shift changes were in the middle of the peaks and lanes had to be closed which created huge congestion for passengers before the screening area. Security itself was also problematic, with the airport failing EC audits three times between 2005 and 2010. With this, there were also a high number of passenger complaints

Problems in the operation were analysed in combination with passenger complaints and other passenger feedback, and a new passenger screening concept was developed with more flexibility and a customer focus. The opening of the new terminal in 2011 had a positive effect on the issues mentioned above.

Passenger screening was centralised and moved to a new, modern, spacious, bright environment which was more comfortable for passengers. The airport also procured new generation, state of the art equipment. New semi-automatic lanes longer than those used before are now in operation, which means more room for passengers to gather their belongings after the screening process. The aTiX X-ray system also provides the possibility for much better performance for screening staff. Additionally, the introduction of a fast track concept for eligible passenger provides a better service for those who are entitled to use the fast lane.

The shift system as described above was no longer able to cover the daily peaks. Therefore we have changed the whole system in a way that currently employs staff working in four, six, eight, nine and 12 hour shifts with the advantage that we can allocate enough manpower to the daily peaks.

We have also achieved considerable improvement in the security level. New supervisors have been appointed whose task is to continuously monitor the performance of the screening personnel onsite and to support them in case of problems. During the training we paid more attention to the practical training, and we have procured an X-ray tutor system which is used continuously by screening personnel with the aim of improving their detection capabilities. As a result, BUD has become ‘clean’ again after an EC audit at the beginning of 2011, and our goal is to maintain this level of security.

Regarding customer service, BUD decided to participate in the Airport Service Quality survey (ASQ) to have direct feedback from passengers in which areas we can improve. We have realised that if we want to reach good results in the ASQ survey, we need employees who speak foreign languages and are able to communicate with passengers in a customer service oriented way. We organised several training sessions for staff (screeners and supervisors) to be able to cooperate with the passenger in a friendly way, even in conflict scenarios. The professional performance of staff has improved as well, which was also confirmed during different audits carried out by the National Transport Authority and the EU Commission where we were found compliant. Overall we have received very positive feedback from passengers and the airport community which reflects in our ASQ results.

In 2013 Budsec Ltd was founded (a wholly owned subsidiary of BUD) with the aim to provide security services not only to BUD Airport itself but also to market its consultancy and training services within Hungary and abroad. Also, due to the opening of the new terminal, BUD won the Skytrax Award and was selected by the travelling public as the Best Airport in Eastern Europe.

The improvements mentioned above do not mean that we don’t want to learn and continue to develop screening further. Taking into consideration emerging technologies available in the aviation security market, the following steps are planned:

When talking about the connection of customer service with security screening of passengers, we inevitably experience some tension. On one hand we have to make sure that our procedures and the performance of staff is good and effective enough to counter the threats that we are facing in today’s aviation security world. On the other hand we have to make sure that our customers are leaving the screening area not only with the thought in mind that the team did everything to ensure a safe flight, but also that they were really well treated. Of course this is a difficult situation from the point of the security screener as well.

However, since BUD began participating in the ASQ survey we can see a steady improvement of our results. Each year we set the goals we want to achieve and during each quarter we evaluate our results jointly with our supervisors, duty managers and quality assurance team, and we define new actions for the next quarter. It is important to mention that the bonus system of the employees is linked directly to our ASQ results, which motivates screeners to perform better. The ASQ targets for each year are also part of the personal targets of the supervisors.

As a conclusion, we believe that experiences of the moment define passengers’ memories. Our goal remains to provide a high quality, client oriented security service and as a result now have satisfied passengers travelling from Budapest.

István Szabó has been Head of Security Screening at Budapest Airport since 2010 and is Managing Director of Budsec Ltd, which is a wholly owned subsidiary of Bud Airport. He was previously Managing Director of I-SEC Hungary and I-SEC Romania (subsidiaries of I-SEC International BV) and is qualified as an Aviation Security Manager by ECAC/EASTI.