Managing the world’s largest A380 operation in Dubai

Imagine offloading over 500 passengers, their luggage, and up to 38 unit load devices (ULDs) from an Airbus A380 aircraft so it’s ready to welcome 500 more passengers, their luggage and another 38 ULDs. Now imagine doing that more than 50 times a day. In Dubai, that’s the reality for our teams. It’s quite a difference from seven years ago, as Jon Conway, dnata’s Divisional Senior Vice-President – UAE Airport Operations explains. 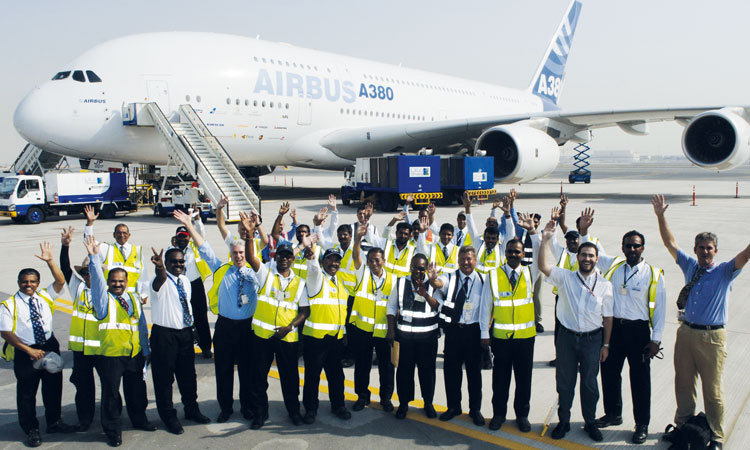 Since 1959, dnata has been supporting the development of the aviation industry in Dubai. I joined dnata in 2008 and Dubai International airport (DXB) had yet to welcome the A380. The world’s largest passenger jet had been flying for a less than a year, but DXB’s home carrier – Emirates – was waiting for delivery of its first A380.

Today, with 15,098 flights to 39 destinations operating out of the airport in 2014, DXB and dnata handle more of the superjumbos than any other airport or handler in the world—quite an achievement and one that has come with several learnings.

Dubai Airports (DA) did a lot of work to ensure DXB was ready to welcome the A380. As the sole ground handler at DXB, we worked closely with all stakeholders to prepare the airport for the plane. The larger wingspan of the aircraft required more room and upgrades to several parking stands.

By the time of the airport’s first A380 landing in 2008, plans for DXB’s Concourse A – the world’s first purpose-built A380 facility – were underway, but the project was going to take five years to complete. In the meantime, Concourse C, which opened in 2001, already had two Code F stands (i.e. able to accommodate the A380’s 80m wingspan), and five remote/staging stands. When it opened in 2008, Concourse B added five more A380 compatible stands, but 12 stands would not be able to cope with the aircraft’s growing usage for long. Not only would we be dealing with a new plane and new procedures, we would be limited to five stands and would have to ensure each aircraft was turned around as quickly as possible to free up space.

Starting in early 2007, our teams began working with Emirates Engineering and Emirates Airport Services to develop a ground handling manual for the A380. This was all theory though; our teams had yet to see the aircraft in person!

Airbus brought the demonstration aircraft to Dubai on 15th August 2007. We had six days to get to know the superjumbo, learn how to handle it and run the ground handling tests we needed to make sure we were ready for it. From loading and offloading of cargo containers and learning the in-hold systems to supplying ground power and determining the minimum turnaround time, this was our chance to practise and refine the theoretical handling procedures we had been working on.

As with any new equipment, welcoming the A380 required considerable training for our teams. Aside from the obvious differences (two decks, more passengers, an on-board bar), the aircraft has subtle, but significant differences that affect ground handlers. Its passenger and cargo doors are different than other aircraft; the in-hold systems are specific to the A380; the aircraft requires double the air conditioning units when remote parked; and the ground power units for the aircraft are different to what we’d handled to this point. Our team in Dubai underwent more than 2000 hours of training over several months to ensure they were ready to handle the A380.

On 25th July 2008, a group of our ground handling experts travelled to Hamburg, Germany and spent four days with the Airbus team to familiarise themselves with Emirates’ first A380 aircraft. After familiarising themselves with the new cabin, the team got the plane ready for its trip to Dubai.

The aircraft landed at DXB on 29th July 2008 and stayed in Dubai until 1st August, when Dubai’s first commercial A380 flight departed for New York’s JFK, with 484 passengers on board.

While the demands of the A380 from a ground handling perspective are unique, much of the ground support equipment we had in our fleet at the time were able to handle the aircraft. In 2008, we invested in special ground power units, additional air conditioners, and lower deck loading equipment to ensure we were able to handle the specific requirements of the aircraft.

In 2013, Dubai Airports opened the world’s first purpose-built A380 facility: Concourse A. This new facility saw the opening of 20 Code F parking stands, alleviating the stand congestion we battled previously. Dubai Airports invested a considerable amount – $3.1 billion – in Concourse A. Throughout the development and opening of Concourse A, we worked closely with DA to ensure the facility and our teams were ready to handle the superjumbo.

In the five years between the first A380 landing at DXB and the opening of Concourse A, we have learned a considerable amount. The manpower requirement is significant. For each A380 we handle, 12 members of our team are on hand for baggage, cargo, aircraft pushback, and toilet and water servicing. This is in addition to the numerous behind the scenes members of our team who support the baggage handling inside DXB.

Managing the appearance of the aircraft is a bit like cleaning two Boeing 777s at the same time. We deploy a team of 40 people dedicated to cleaning the aircraft, 20 for the upper deck and 20 for the lower deck. In 35 minutes, our team ensures the plane meets the standards of our airline customers. Our biggest customer, Emirates, has special features, such as the onboard lounge and shower spa, which demand extra attention. These elements need extra time to get them ready for the next flight.

In the years since we started handling the A380, we’ve changed a number of our people processes. With time, we’ve become more efficient—we now turnaround an A380 in as little as 105 minutes. In fact, we’ve recorded an astonishing 90 minute turnaround for a fully loaded A380. However, handling such a large plane will always require a considerable amount of manpower; there are some tasks that technology will never replace.

The continued growth of DXB, and our home carrier Emirates, as well as the development of Dubai World Central (DWC), pose significant challenges for our teams. Each week, it seems, we welcome more A380s to Dubai.

Emirates is Airbus’ largest A380 customer. It already has 60 in its fleet, with another 80 pending delivery. It’s also recently announced the integration of a two class version of the aircraft, which has capacity for 615 passengers – more than any other aircraft flying today. Our teams are already preparing for the new configuration, reviewing cleaning processes to deliver an efficient service for passengers and the airline.

We continue to explore technology solutions to deliver improved efficiencies across our services. We have integrated mobile technologies and real-time deployment to ensure our teams are able to turn the aircraft around in the tight scheduled demanded by the world’s busiest airport. As more A380s take to the skies, more innovation will be developed to maximise our teams’ time and minimise the time the aircraft is on the ground.

Ultimately, our goal is to not just be the largest handler of the A380 – we also want to be the safest. Through our One Safety programme, dnata has made a commitment to ensure our teams around the world have the skills, knowledge and confidence to work safely. We want all our employees to feel respected and engaged in helping everyone stay safe. One Safety is the most important investment we’ve made in dnata’s future, and it will create a strong organisational culture, with safety at its core, reinforcing sustainable, safe behaviours.

Training and sharing knowledge is key to dnata’s success. As the largest ground handler of the A380, teams from our operations around the world travel to Dubai to get an understanding of the aircraft, and learn the ins and outs of handling it. Our Dubai-based team will, in turn, travel to stations new to the A380 to share their expertise. We know the aircraft so well in fact, our Aircraft Appearance sometimes now travel to new A380 ports to educate other ground handlers in the cleaning of the aircraft.

This type of cross-learning is a key differentiator for dnata. We have a deep knowledge of the A380 in Dubai, and we ensure our colleagues around the globe have access to our proficiency, and our customer airlines have confidence in our abilities.

Jon Conway is responsible for the ground handling and cargo operations at both Dubai International and Dubai World Central airports. Looking after the needs of over 100 of the world’s airlines, he oversees a workforce of close to 20,000. He began his aviation career with BOAC/British Airways Cargo before embarking on a 26 year career with Cathay Pacific Airways in 1981. Initially working in cargo operations at London Gatwick, he was appointed Airport Manager – Manchester in 1989. Five years later he moved to the head office in Hong Kong where he held various senior management roles, the last being Director and General Manager of Hong Kong Airport Services, a position he held for seven years. In 2008, he joined dnata in Dubai as Divisional Senior Vice-President – UAE Airport Operations. 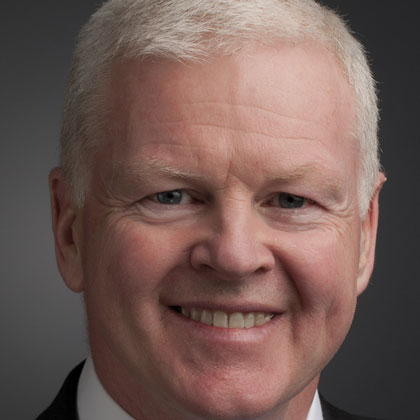