Airports as design showcases: Has the market moved on?

Interior and exterior features at airports such as cocoons or Teflon coated tents may win accolades from the airport design community, but from an airline industry perspective, have these designs missed how the market is changing? John Grant, Partner at MIDAS Aviation comments… 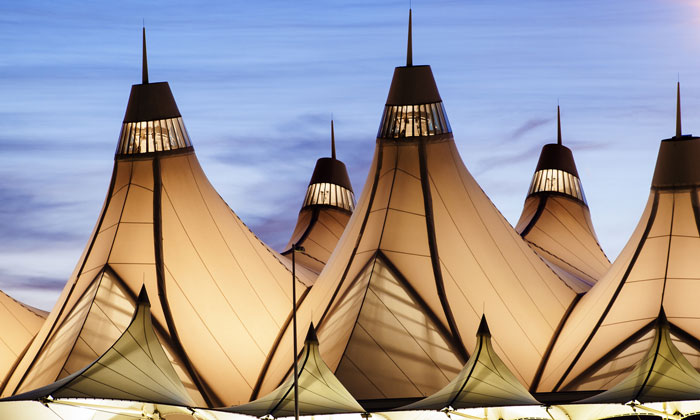 The design elements at Singapore Changi’s new Terminal 4 such as the largest indoor waterfall are no doubt impressive on a number of levels, but in terms of the ever-changing needs of the commercial aviation world, is this more design for design’s sake than a sound investment?  Architects, engineers and builders face a major challenge in modernising facilities and developing new airport terminals that will offer a world class and future-proof travel experience and as passenger growth continues at a rapid pace, surely innovation in technology and infrastructure should be paramount.

Such is the demand for travel that experts expect the global market to double in the next 15 years, although we believe it could be closer to 11! In North America and Europe this summer, nearly 40 per cent of all seats offered in Europe will be operated by low-cost airlines, whilst in South East Asia, 46 per cent of all seats will be operated by these new super-efficient airlines. In China, one of the fastest growing markets on the planet, less than 6 per cent of all capacity is currently produced by low-cost airlines; as the market develops that proportion will undoubtedly increase to levels comparable with other markets.

The majority of new aircraft orders are, not surprisingly, from low-cost airlines seeking single aisle aircraft such as the A320 and B737 next-generation models that can offer comfortable ranges of up to seven hours. Ryanair have 153 aircraft on order, Southwest 250, Indigo 445 and Lion Air an incredible 456. Even the shortest sighted of pilots would see where the market is heading.

Airlines have always evolved; business models adjusted to reflect both the competitive nature of the industry and the changing customer requirements. In a market where price is frequently the driver of consumer choice then for those airlines that want to survive, an obsession with cost is crucial. And although airport costs are but a small proportion of an airlines’ overall cost, it is one they are obsessed with making as low as possible. While in a strict sense airlines have a choice of where to fly, market demand dictates many of those choices and for an airline which has identified a specific city for a new service, the airport may look like a monopoly provider. Not surprisingly, airlines are wary of the approach airports take to setting fees, the services provided and unnecessary expense. Add the fact that airport development is a protracted process in many cities, leading to ever larger numbers of congested airports, and it’s easy to see that airline and airport ambitions can be at loggerheads.

Part of the airline obsession with cost is linked to the fragile operating margins of the airline industry. Whilst IATA, the industry trade association, reports record profits for airlines in 2017 they fail to recognise the massive regional disparity of those profits. The Association of Asia Pacific Airlines recently reported revenues of some US$166 billion across their membership and US$7 billion of net profit; a fragile 4.2 per cent margin.

As an industry, managing the expected market growth within numerous infrastructure constraints is a key issue only now being faced. Analysis from IATA of airports handling more than 20 million passengers per annum has identified 26 airports in Asia alone that are already either congested or close to full, yet many of those airports are expected to see double digit passenger growth in the next decade. Airport and smart airport operators are now looking at biometrics and AI as a means of handling some of these issues; improving processes, efficiency and security are key themes for many airports in their bid to move as many people as possible through their facilities. Expansive, luxurious, creative designs are not quite in line with how the market is moving and the customers’ needs.

Accordingly, airports that offer lighting similar to that seen in a rain forest, architectural waves similar to an aircraft or embossed ‘tent’ shapes tend to lead to airline CEO’s smelling cost and there is nothing worse than an airline CEO feeling that they are paying for some grand national or political statement. At the 2010 opening of the T2 facility in Dublin, Michael O’Leary the CEO of Ryanair arrived in a hearse carrying a coffin announcing the “death of Irish tourism” as operating costs increased. Willie Walsh the CEO of IAG has been vociferous in his thoughts on Heathrow and the cost of a third runway and associated infrastructure. Airlines, and indeed successful airports, will be based around extremely functional, process-based facilities similar to sports arenas and concert halls.

The opportunities for low-cost growth in the next five years are significant both across existing and emergent markets and the future introduction of new extended range single aisle aircraft from both Airbus and Boeing will only increase the levels of competition that will be created. Both those major airports with spare capacity and new secondary airports will benefit from those opportunities and the subsequent competitive pressures will be intense. Effective airport facilities and razor sharp transparent cost will be a key deciding factors for airlines in their selection process. Whilst we have not quite reached the point of “free” airports for airlines, that moment is edging ever closer in some markets and future airport infrastructure needs to reflect the changing world of commercial aviation.

MIDAS Aviation are a specialist aviation consultancy providing market analysis and insights for clients around the globe. www.midasaviation.com