Control without boundaries – the rise of the digital remote tower

Introducing the digital remote tower to airports as NATS’ Head of Airport Transformation offers an insight into an exciting new project undertaken with London City. 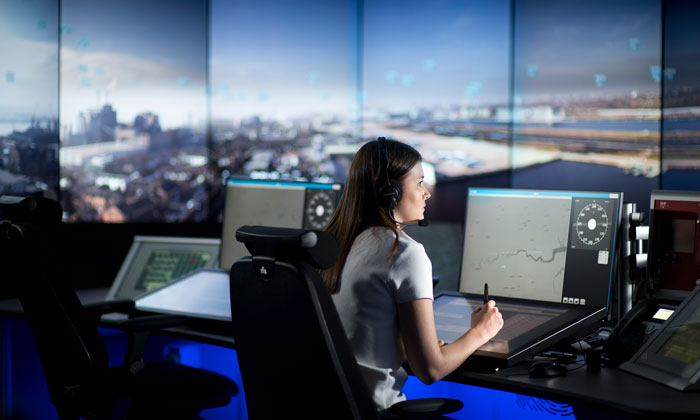 The advent of super-fast fibre networks, high definition cameras and remote sensing technology is ushering in the biggest revolution in air traffic management since the introduction of radar – the digital air traffic control tower.

The concept is actually very straightforward. Instead of a tower full of controllers and equipment, cameras transmit video and voice data to a separate control centre that could be hundreds of miles away. There, the view of the airfield is recreated as a live 360 degree image that can be augmented with other operational data; from radar information through to the location of closed taxiways or even drone incursions.

This single ‘head up display’ is designed to improve a controller’s situational awareness, while the cameras provide everything that a full fat tower does, despite being several million pounds cheaper to construct and maintain while also freeing up valuable airfield real-estate. The benefits are obvious, and even to a sceptical former controller like me.

But given aviation’s often understandable aversion to adopting new technology, it’s taken more than a decade for the idea to become truly viable. Alex Sauriol is Chief Technology Officer and co-founder of the Canadian based Searidge Technologies, one of the early pioneers of this new digital world: “We started developing digital tower technology in 2006 with a guiding belief that a combination of video and sensor data could be presented to an air traffic controller in such a way that they could provide a safer and more efficient level of service than could be other provided from a physical tower.

“I think we’re now being proved right, although I didn’t expect it to take 10 years!”

Saab Digital Air Traffic Solutions (SDATS), a joint venture between the Swedish air traffic services provider LFV and Saab Technologies, was the first take that step when Örnsköldsvik Airport transferred to a digital tower in April 2015, followed by Sundsvall a year later.

These first airports were geographically remote, seeing a handful of movements a day but at the same time provided a vital service to their local communities. By providing air traffic services from a more central location, where a controller can ‘plug and play’ as required these airports can remain viable for their operators and local people.

Trials have since begun all over the world, including in Australia, Hungary, France, Ireland and the United States, and there is a palpable excitement around the industry. However a narrative has also taken root that digital solutions are only really viable for smaller, regional or geographically remote airfields with low traffic volumes, like those Swedish trailblazers. But NATS has more ambitious plans. 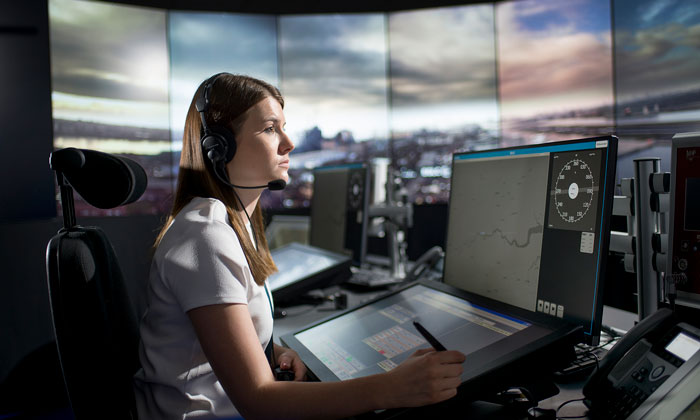 “Yes there are clear benefits for smaller airfields, absolutely. Economies of scale, the ability to control multiple airports from one location, that’s all true and we see that where digital towers are currently operating, but I think it’s a misconception that digital towers are only suitable for airports of low complexity and low ATM volume. Frankly, that’s a narrow view and a missed opportunity which we’re starting to see being challenged by innovative ANSPs and airport operators around the world – whether that’s in Singapore, Budapest or London.”

The argument is that ‘remote’ air traffic services have been around for decades in the form of en-route services, so why should it be different for an airport? ANSPs already shift huge amounts of radar and communications data around a secure network every single day to provide a service to aircraft that can be hundreds of miles away, so why not do the same with an airport?

It’s a mind-set shift, but one that means the digital revolution can be for everyone, whether that’s in support of operational and safety enhancements, providing a contingency facility or as part of wider airport expansion plans.

A digital tower will offers us operational and safety benefits, while freeing up valuable airside real-estate for our redevelopment.

That mind set shift has already found expression at London City Airport, where earlier this year it announced plans to work with NATS and SDATS to introduce the UK’s first digital tower in 2019. With its 4.5 million yearly passengers and 80,000 annual air traffic movements, London City will be by far the busiest airport in the world to ‘go digital’, while its location at the very heart of the London Terminal Manoeuvring Area means it is anything but ‘remote’.

“The current tower is coming towards the end of its operational life, so we had a choice between looking to the past or moving into the future, says Declan Collier, the airport’s Chief Executive Officer who sees the change as a complementary to the £350m investment the airport is making in what is its 30th anniversary year.

“A digital tower will offers us operational and safety benefits, while freeing up valuable airside real-estate for our redevelopment. It was the obvious choice.”

London City’s announcement was met with a huge amount of interest, but also a healthy dose of scepticism from a mainstream media reflecting the likely concerns of the travelling public.

Isn’t there a risk at being the first?

Declan again: “Yes we’re breaking new ground as an airport, but we’re also using proven and tested technology. We wouldn’t ever consider doing anything that would make us any less safe than we are today, and having NATS on board is absolutely fundamental.”

Work is already complete at NATS’ Swanwick control centre in Hampshire – 80 miles away from the airport – on the new operations room that will one day house the airport’s controllers. The construction of the airport camera mast is expected to begin later this year, but a cost several millions of pounds less than a new traditional tower. An understandably lengthy period of testing, training and shadowing will then follow, with the expectation that the first aircraft to be controlled ‘digitally’ will take-off in 2019. It will be a moment for the aviation history books.

But what of those who point to questions around safety and resilience? Isn’t it simply less risky to stick with what’s tried and tested? Searidge, which recently completed a 125 hour live digital tower trial at Budapest Airport, argues that the technology has to demonstrate that it can not only maintain existing safety levels, but actually enhance them.

“Many ATC systems may be perceived as ‘old’ and ‘out of date’ by Silicon Valley standards,” says Alex Sauriol, “but the overall safety record in this industry is outstanding so our focus needs always to be towards making it even better. Everything we do and are developing, including and especially our digital tower platform, is about enhancing safety. Without that, it’s a total nonstarter.”

Many ATC systems may be perceived as ‘old’ and ‘out of date’ by Silicon Valley standards,

And in terms of cyber security, nothing is being left to chance according to Mike Stoller:

“Handling and protecting large quantities of operational data is something that NATS has been well practised in for many years, but just like operational safety, it’s never something you can be complacent about. We keep it under constant review.”

For London City those measures include the provision for three entirely separate, independent fibre network connections as well as multiple fall backs within both the systems and procedures. If a camera fails then another helps fill the gap. There are even ‘air knives’ to clean the lenses should an unlucky insect wander over the camera housing.

London City might be among the first, but it seems certain others will follow. From hubs like Singapore’s Changi through to the Channel Islands, it seems the digital revolution has genuinely arrived, and this time it really will be televised.

Technology behind the revolution

Digital towers will change the face of airport air traffic management, but they also make use of tried and tested technology. Here’s a selection of what they can offer: