What future does European aviation face?

Director-General for Mobility and Transport Henrik Hololei discusses the impact of Brexit, the need for progress on the Single European Sky project and what the future holds for European aviation. 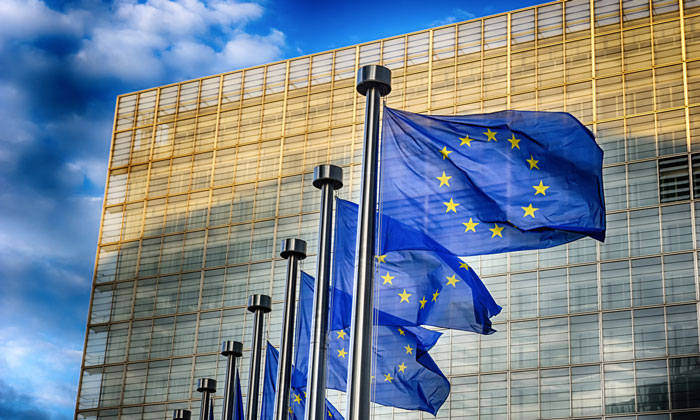 What is the single greatest challenge facing European aviation and air transport at present?

When talking about European aviation challenges, managing demand and growth are probably the biggest issues.

How can the EU and the national regulators facilitate this growth responsibly?

There are many challenges on the journey.

European operators are faced with demographic change (population growth outside Europe and shrinking of the middle class in the EU), with international fierce competition based on new business models (low cost on long distances, the Uber of the skies) and external factors (growing protectionism trend, terrorism threats). There are also constraints to source capital and sometimes a lack of market access to growing markets. It is up to the EU and national regulators to propose possible solutions, and build the conditions for growth that will benefit our entire economy.

How can the EU and the national regulators facilitate this growth responsibly?

But that’s not all. We have to do all of this by obtaining a “licence to grow.” In other words, we want to see aviation grow, but not at any cost. We have to maintain high standards in safety, security, employment and environment.

When thinking of the future, we must think of how to remain at the top of all standards, something that comes at a cost for all actors of the aviation supply chain. To keep high standards and reduce costs, the role of innovation is key, as well as, again, the regulators, as the institutions that can allow innovative technologies and ideas to unfold.

Are you able to share an opinion on the impact of Brexit on European aviation?

I suppose one of the biggest issues is the uncertainty Brexit creates. Airlines plan their routes at least 12 months in advance, and then start selling tickets to passengers, who also plan trips some time ahead.

Will a UK-owned airline be able to operate into the EU and vice versa?

What kinds of rules will passengers with EU airlines be subject to when flying into London?

I suppose one of the biggest issues is the uncertainty Brexit creates.

What kind of security and safety standards will apply if the UK leaves the common market?

Brexit brings a fine long list of uncertainty, and in an industry where planning for new runways, terminals and the purchase of aircraft can take years if not decades, I think we are in for a very bumpy ride indeed.

Do you believe Europe needs a more simplified airspace?

Yes – more than ever.

Each year around 5 billion euro are wasted because we have not been making sufficient progress with the Single European Sky, which is unacceptable.

In this regard, the Commission will launch this year a feasibility study for the creation of a Single European Upper Airspace, to see how that could contribute concretely to the efficiency of our skies. That  being said, and despite the lack of progress in the discussion between the European Council and the European Parliament on the SES 2+ proposal, there are many activities being developed in the areas of the Performance Scheme, in the Network Functions and in the deployment of SESAR. An upcoming paper on good practices for ATM Service Continuity is of major relevance to the SES implementation.

We have not been making sufficient progress with the Single European Sky, which is unacceptable.

Moreover, in addition to structural complexities, conjectural issues must be addressed. The Commission is especially concerned with the many strikes in the ATM field and would like to see improvement in social dialogue.

Are there any specific new projects the Commission are working on at present?

We have quite a few projects in development – we are living quite exciting times indeed.

On a general note, the Commission’s Aviation Strategy for Europe adopted in 2015 is setting the scene and will basically do so until the end of the mandate of the current Commission. This doesn’t come as a surprise as we took a holistic approach to aviation when thinking of this strategy. We saw all the key players of the aviation supply chain as equally important partners that should be put in a position to generate profits and success. More than ever, we must pay the same attention to airlines, airports, ANSPs/ATM but also aircraft manufacturers, the aerospace industry and other service providers. We also have a lot of homework to do in order to continue to develop, improve and deepen the EU internal aviation market, deliver on the Single European Sky and tackle the capacity and efficiency challenges we are confronted with.

More specifically, connectivity is a guiding principle for the Commission when implementing its Aviation Strategy.

This package will include a new policy instrument: a proposal to ensure that air carriers can compete in international air transport on an equal footing. With this we want to boost competition and allow maintaining a high level of connectivity to and from the EU. The package will also contain interpretative guidelines on Ownership & Control and on Public Service Obligations as well as good practices to mitigate the impact of air traffic management strikes on the European ATM network.

Evaluation is also an important theme of our work: on airport charges, we need the right regulatory framework in place to ensure that airport infrastructure is not only of high quality, but also cost efficient and tailored to the needs of airport users.

In this regard, the Commission is carrying out an evaluation of the performance of the Airport Charges Directive. The findings of and external study and external contributions will provide useful material to feed into the evaluation of the Directive, which is expected to be finalised before the end of this year. The Aviation internal market, whose 25th birthday we celebrate this year, is a major success story but the regulatory environment could probably be improved here and there: we are evaluating the so-called Air services regulation too.

The EU enjoys very high standards, and we are adapting the basic aviation safety regulation to the challenges of the next 10 – 15 years, such as drones. We hope for an agreement early next year on this, to continue to ensure safe, secure and environmentally friendly air transport while allowing for the development of new highly potential markets.

The world around us is changing and we must seize opportunities for Europe.

On environment, following the landmark-agreement reached at the last ICAO Assembly, the single most important issue is the implementation of the Global Market-Based Measure, so called CORSIA. Technical work is ongoing and Europe is fully committed to making this a success. At a more political level, one of the main issues is to convince more States to join the scheme on a voluntary basis already from the start in 2021 and to follow the good example of Gabon.

In terms of external policy, the EU has already negotiated EU-level Air Transport Agreement with US, Canada and a number of neighbouring countries (Western Balkans, Morocco, Jordan, Israel, Moldova, Georgia and Ukraine).

We can only highlight the success of these agreements and their contribution to growing passenger numbers, more connections and lower fares. In addition, these agreements export European aviation solutions and services around the globe. Based on the mandates granted to the Commission in 2016, we have started negotiations with other key partners. Negotiations with ASEAN, the Gulf, Turkey and Armenia are ongoing but why not Mexico, China.

The world around us is changing and we must seize opportunities for Europe.

Imagine we are having this conversation in a year’s time – what will have changed in European aviation?

In a year’s time, you and I will probably be able to fly transatlantic low-cost from many places in Europe. Beyond this, I would not dare to speculate: change, transformation and disruptive innovation are the daily bread and butter of aviation – which makes it a fascinating industry!

In a year’s time, you and I will probably be able to fly transatlantic low-cost from many places in Europe.

Let’s hope that passengers can continue to enjoy wide choice and that airlines provide even more direct connectivity with the rest of the world. I also hope we are more serious in addressing the capacity issues on the ground and in the air. If this is not addressed it will soon become a major challenge for European aviation.

By Henrik Hololei | Director-General for Mobility and Transport | European Comission