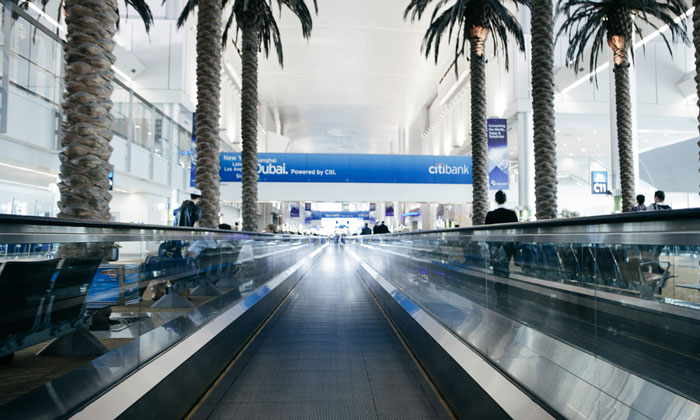 In the comfort of home, Dubai CEO Paul Griffiths looked at ease as he took to the stage at Global Airport Leaders Forum (GALF) to collect yet another award on behalf of the world’s third busiest airport by passenger number, Dubai.

Collecting the CAPA accolade for best Asia Pacific Airport 2016 (albeit late), Mr Griffiths proceeds to detail in his keynote speech the audacity but realism of the DXB project.

“I acknowledge that we are often the centre of attention due to the audacious nature of our targets,” he begins before describing why the fantastic growth can and will continue at the world’s third busiest hub.

“My brief when I first got the job was that I must not constrain aviation growth in any way,” and Dubai has certainly shown few signs of slowing in terms of growth since back in 2007 when Paul took up the post.

It is clear that GDP and airport growth are inextricably linked. This might sound obvious but DXB necessarily plays a significant role in the economic development of the state itself – 97% of all visitors to the UAE arrive by air and Dubai is the main port of call in this respect.

How does Dubai, and indeed any airport that is enjoying this current explosion in number of passengers, ensure that its capacity can keep up with the demand?

“Airport construction and infrastructural development is phenomenally expensive,” notes Mr Griffiths before asserting that “we have to look forward and think big.”

We have to look forward and think big

This is where what Mr Griffiths describes as the ‘The Dubai Masterplan’ comes in… But what does it mean?

Growth in airport and aviation has been exponential over the past few decades. Records are being consistently broken every year as we continue to bear witness to the democratisation of air travel around the world.

Dubai is a clearly no exception to this growth (if not a bastion of its existence, clocking approximately 7% growth last year) though its CEO asked us to be realistic in the face of several factors that may soon impact upon the rate of progress.

Ultimately what will change the most, according to Mr Griffiths, is that the shift of where journeys will start and end will be phenomenal and increasingly go through the Asia-Pacific region. “I don’t think we’ll ever see this level of growth in air travel again and we forecast that we’ll witness over the next 20 years 1.7bn more passengers or so travelling by air.

So where does Dubai fit into all this?

“Two thirds of the world’s population lives within 8 hours of Dubai and a further one third of these within 4 hours,” begins Mr Griffiths.

The airport remains the number one worldwide for processing international passengers having stolen the crown from London Heathrow in 2013 and sits at third in terms of freight and cargo.

The real challenge for Dubai now is ensuring that capacity keeps up with this growth in demand.

“Nothing breaks the market faster than a scarcity of capacity. We have to keep pace with infrastructural demands.”

For further details on the Dubai masterplan, see here

In essence, Dubai wants to lead. It plans to do so through significant investment.

The airport plans to build a $1.2bn new facility in its Concourse D to cater for new airlines and allow for capacity to continue growing, already standing at 90m per annum which represents a growth in 25m since its construction. 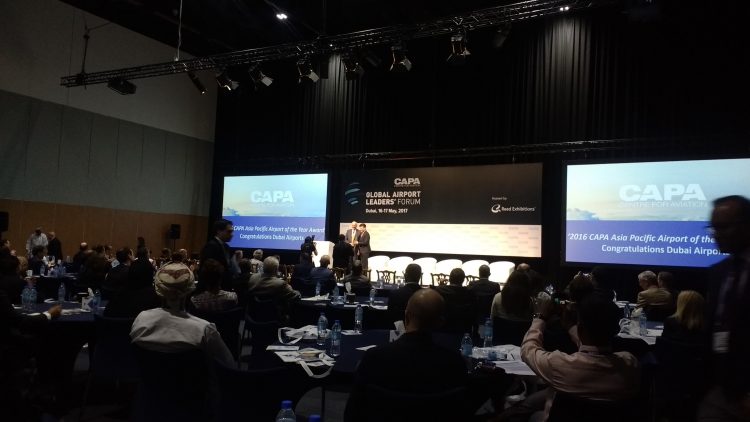 Despite its relatively small, landlocked airfield, Dubai boasts the highest throughput per hectare with its two runways that work together within a relatively small space.

How will the airport therefore manage the levels of growth it so desires?

Computing power has the potential to overcome such topographical issues. If you can double the throughput of a terminal you can double the capacity, Paul Griffiths states and technology makes expansion in this respect a lot cheaper than fantastically expensive architectural development.

Getting rid of queues solves infinite problems that reduces the need to expand. It’s about maximising the efficiency and use of existing assets and this ultimately originates in technological innovation.

“Why do we still have check-in in this day and age?” Paul asks before answering his own question.

We have to rethink this process.

“There are only 2 places in the world where we still have to queue… one is the post office one is the airport. I’d love to hand that monopoly back to post office.”

What is now being done (not exclusively at Dubai) is implementing technology that allows us to see queue data and visualise and analyse the nature of queues at an airport. Why are some times busier than others? What sort of passengers are queuing at this time? How can we maximise our human assets to ensure we keep queues to a minimum? These are the questions Dubai, through the use of technology and specifically data analysis, seeks to answer.

There are only 2 places in the world where we still have to queue… one is the post office one is the airport. I’d love to hand that monopoly back to post office.

Dubai, it appears, will not simply settle for a continuation of the growth in the numbers, currently at third on the annual passengers processed list.

“We want to go from the biggest to best,” Paul Griffiths asserts with confidence.

It’s not purely about becoming the largest airport but ensuring it becomes both the largest and that delivering a service of the highest quality. While this may sound like a marketing slogan, it seems easy to believe having travelled through the airport – while bearing in mind the sheer quantity of passengers it has to deal with on a day-to-day basis.

“We need to look outside the industry,” Paul says pointing towards brands such as BMW and Swatch that pride themselves on both the mass market and their prestige.

“Ultimately their service is personalised.”

And so with data analysis for personalisation and the sheer ambition on display at Dubai in terms of the quantity of people they wish to bring through the airport over the next decade, it will be fascinating to see to what degree of success this goal is achieved.

We cannot dispute that it is technology that will dictate to what extent the Dubai project succeeds.

Ultimately however, as Mr Griffiths goes on to mention, it is the application of technology that will help to maximise efficiency and allow for capacity expansion without necessarily physical development.

In his own words “It’s not the tech itself that is changing our industry; it’s the way we apply it.”