“It Doesn’t Fly With Us”: New campaign sees aviation industry stepping up to protect threatened wildlife

The ROUTES Partnership and United For Wildlife have launched a new ‘Step Up to Stop Wildlife Trafficking’ campaign and are encouraging all aviation companies that want to help to end wildlife trafficking in air transport to get involved. For International Airport Review, Michelle Owen, ROUTES’ Lead, discusses the campaign and how airports can work to combat the global issue of wildlife trafficking.

Poaching through a pandemic

Reports of wildlife seizures over the course of 2020 have revealed that, despite restricted travel, traffickers are still taking opportunities to smuggle contraband through the air transport system. But, although these reports highlight continued illicit activity, they also demonstrate successful law enforcement and highlight that, when aviation companies and law enforcement work together, illegal supply chains can be disrupted.

In recent years, awareness of wildlife trafficking through airports has grown more and more and, with it, the number of aviation companies that are realising their potential to be part of the solution”

In recent years, awareness of wildlife trafficking through airports has grown more and more and, with it, the number of aviation companies that are realising their potential to be part of the solution. Much of this critical action has been facilitated by guidance and resources from specialised partnerships; in particular, the USAID Reducing Opportunities for Unlawful Transport of Endangered Species (ROUTES) Partnership and United for Wildlife (UFW) Transport Taskforce, established by the Royal Foundation of the Duke and Duchess of Cambridge. Now, ROUTES and UFW have joined together to launch a new campaign designed to boost these efforts: Step Up to Stop Wildlife Trafficking.

ROUTES and UFW launched a comparable campaign in 2019 called Spring Into Action, which rallied airports and airlines to take five steps to strengthen their action against wildlife trafficking. Then, of course, in 2020, the aviation industry was dealt a heavy blow with the COVID-19 pandemic. Companies were left suffering from probably the worst economic impact event that the industry has witnessed but, although air transport came to a halt, wildlife crime did not. In fact, in some areas, wildlife criminals found ways to benefit from the situation. For example, the lack of tourism in Africa during international lockdowns led to budget cuts for protected areas. This led to decreased protected area patrols and reports of poachers taking advantage of the opportunity to strike. Now, with the resumption of air travel, wildlife traffickers are once again taking to the skies. As the industry begins to find its feet (or, rather, its wings), strengthening defences against wildlife trafficking is one of many ways in which some airports are hoping to ‘build back better’.

The Step Up Campaign 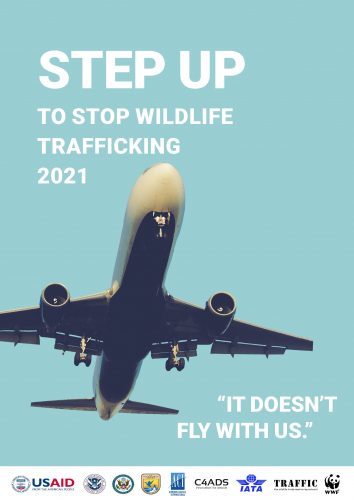 The Step Up campaign has two primary purposes: to highlight how companies across the industry are striving to help to end wildlife trafficking and to inspire companies to ramp up their efforts. The campaign guide suggests actions that companies can take through the steps of ‘Set Up’, ‘Show Up’, ‘Speak Up’ and ‘Follow Up’, suitable for a range of company capacities and regardless of how far along they are in the journey of equipping themselves against this illicit trade. Companies are encouraged, and directed, to resources that can be used to hold awareness-raising events, conduct training sessions and/or carry out wildlife trafficking risk assessments. The campaign slogan “It Doesn’t Fly With Us” sends a clear message to wildlife traffickers that their crimes will not be tolerated.

In 2019, Seymour Airport (GPS) in the Galapagos Islands signed the UFW Buckingham Palace Declaration. Jorge Rosillo, CEO at Seymour Airport, details some of the ways in which they are stepping up to address the commitments of the declaration: “In 2021, with the support of ROUTES and TRAFFIC, we are delivering a training programme to airport and cargo staff and will also create awareness about wildlife trade in the cargo zone, arrivals and departures areas.”

“We at Seymour Airport are aware of the worldwide illegal wildlife trade, especially in vulnerable places like the Galapagos Islands. We, as airports, should fight against wildlife trafficking, and we are doing it with greats results,” Rosillo continued.

Indeed, Latin America and the Caribbean (LAC), as a whole, holds 40 per cent of the world’s biodiversity. Whilst this makes it a fantastic destination for wildlife lovers and adventurers, it also renders it an attractive target to poachers.

For this reason, ROUTES, with the support of USAID, ramped up its engagement with the LAC region, including the release of its Taking Off report, which offers detailed analyses of wildlife trafficking trends in LAC’s aviation industry. ROUTES’ resources, including training materials, have been translated into Spanish and Portuguese, and a series of webinars aimed at aviation companies in the LAC are being held. The final webinar in the series is due to take place in July 2021.

As well as airports, it is vital that airlines, too, are part of the solution, and many have stepped up to the task”

As well as airports, it is vital that airlines, too, are part of the solution, and many have stepped up to the task. The Association of Asia Pacific Airlines (AAPA) is encouraging its members to combat the illegal wildlife trade. “We are committed to addressing the problem of international wildlife trafficking and are doing our part to upgrade vigilance, as well as flight security, against such activities,” said AAPA’s Director General, Subhas Menon.

Airline staff spend more time with passengers than customs officers and, thus, have this extra potential to identify suspicious behaviours that could indicate a wildlife trafficking attempt. Qatar Airways is another airline that has taken significant steps in addressing the issue and is joining in with the campaign.

“Wildlife trafficking is a global concern for aviation, and Qatar Airways maintains a policy of zero tolerance towards the illegal transportation of wildlife and their products throughout its network. As we remain dedicated to delivering our commitment, we continue to raise employee and passenger awareness of illegal wildlife transportation,” said Esmir Ganic, Head of Aeropolitical and Corporate Affairs at Qatar Airways. “The recent campaign guide from ROUTES has provided us with information that will be used in our ongoing efforts to address the illegal wildlife trafficking.”

To further celebrate some of its partners that are embracing the work and taking big steps to protect wildlife, ROUTES launched a Partner Spotlight video series over the month of June 2021, tied in with the campaign. The videos offer an overview of illegal wildlife trade and the risks that it poses, and champion the people taking action behind the scenes at airports to prevent illicit wildlife products from taking flight.

Amsterdam Airport Schiphol (AMS) is the Chair of Airports Council International’s (ACI) Wildlife Trafficking Task Force and one of the five partners that are featured in the Spotlight Series. CEO and President of Royal Schiphol Group, Dick Benschop, understands the urgent need for airports to get involved: “As one of the world’s largest aviation hubs, we can, and will, work to prevent and fight this problem.”

Kenya Airports Authority (KAA) is also featured for its active commitment to addressing illegal wildlife trade. Their establishment of a courthouse at Jomo Kenyatta International Airport (NBO) allows wildlife crime cases to be heard with minimal delays and risks of evidence interference and sees traffickers convicted on site.

The full Spotlight Series is now available to watch on the ROUTES website.

Ultimately, the detection and disruption of wildlife trafficking is the responsibility of enforcement agencies, so it is commendable to see so many airlines and airports recognising their opportunity to assist in this crucial work”

The adaptability and resourcefulness of wildlife criminals necessitate a global, collaborative response and all relevant parties doing what they can to address the issue. Ultimately, the detection and disruption of wildlife trafficking is the responsibility of enforcement agencies, so it is commendable to see so many airlines and airports recognising their opportunity to assist in this crucial work. All airports and other aviation stakeholders are encouraged to investigate the campaign and other ROUTES and UFW resources, and consider how they can join the movement to stop the trafficking of endangered wildlife.

Michelle Owen has a background in conservation. With TRAFFIC, she is leading the USAID Reducing Opportunities for Unlawful Transport of Endangered Species (ROUTES) Partnership. The partnership is working with aviation companies and associations, including ACI and IATA, to identify and implement solutions to wildlife trafficking in air transport supply chains. These responses range from increasing awareness of wildlife trafficking as a transnational crime, through to capacity building, developing recommended practices and testing technology solutions. 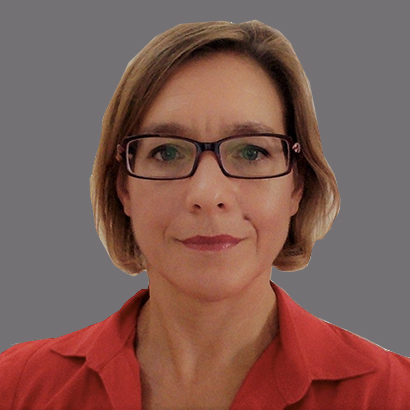 One response to ““It Doesn’t Fly With Us”: New campaign sees aviation industry stepping up to protect threatened wildlife”