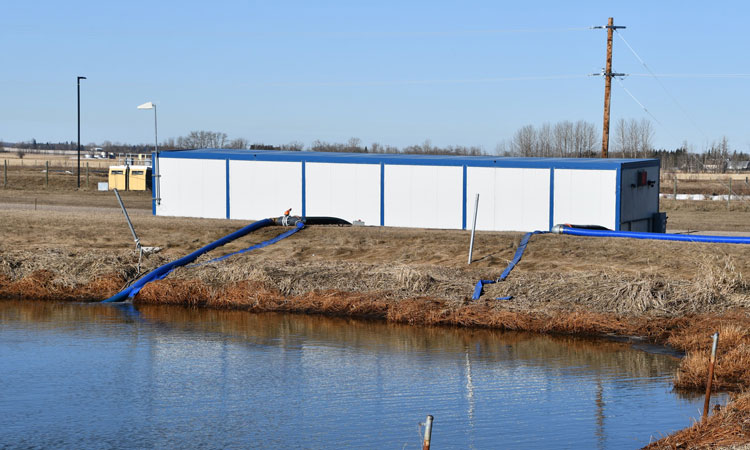 Airports around the world face a variety of challenges every day, especially in 2020. Each one is different, with its own unique markets, passengers and needs. However, something that is universal is the need for clean water and a responsibility to local environments.

Rules may vary across different countries and regions but ensuring airports are not a source of water pollution in local communities is something all airports must care about. Edmonton International Airport is Canada’s largest airport by land size and fifth busiest airport with 8.1 million passengers in 2019. With just under 7,000 acres of property, EIA is surrounded by farm fields and industrial developments just to the south of the City of Edmonton. With so much land, water management is a priority both for safety but also to meet stringent regulations from the Government of Alberta.

While EIA’s current treatment system continues to be effective, it can also produce side effects such as strong odours

EIA is also Canada’s most northern major airport and is proud of its winter operations and capabilities, operating in temperatures that drop to -30 degrees (Celsius) or even lower. With those operations however, come certain challenges for airport water runoff, specifically de-icing fluid and the glycol in it, which would be harmful to the local environment if allowed to leave the property without any treatment.

EIA uses approximately four million litres of de-icing fluid each winter season. Combined with snow melt, runoff from aprons, runways and other paved surfaces, these sources of water are captured and stored in four large stormwater ponds on the far western edge of the airport’s property.

EIA currently manages a Subsurface Aerated Biofilter Treatment Facility that processes water from the storage ponds before it’s released back into the local creek that passes through the airport property. This creek connects to the large North Saskatchewan River which Edmonton draws its drinking water from. If water cannot be released from the storage ponds, they would likely become full over the summer months, potentially overflowing and allowing the escape of glycol contaminated water into the local environment.

While EIA’s current treatment system continues to be effective, it can also produce side effects such as strong odours at certain times of the year when the glycol breaks down into ethanol and acetic acid (vinegar). The airport is always looking for ways to be more efficient, embrace new technology and reduce its costs.

Swirltex’s buoyancy-based membrane technology and portable system was originally designed to appeal to small communities and remote industrial operations that require water filtration but are unable to build extensive permanent infrastructure. EIA has agreed to pilot its technology and filtration system at one of its four ponds this spring and summer. The actual machinery belongs to a small municipality south of the airport and is on loan to EIA for the purpose of the trial.

Most treatment technologies are permanent installations that need years to design and install. However, this one was deployed within days of the decision.

The system combines the use of tubular membranes with micro-bubble aeration to achieve several treatment benefits. Firstly, this improves the operability and functionality of traditional tubular membranes through a reduction in membrane clogging and fouling. It overcomes this by manipulating the buoyancy of the wastewater through induced gas flotation, preventing the suspended solids from contacting the surface of the membrane. As the liquid is pumped through the tubular membrane, the dissolved air forms small bubbles which adhere to the suspended solids, allowing the solids to ‘float’ into the centre of the membrane. A helical vane generates a vortex directed along the length of the tube. This rotational motion causes the lighter air-solid particles to be concentrated toward the centre axis through centrifugal force, thus avoiding fouling and improving production.

Secondly, the air-infused wastewater is separated from clean water as it passes along the length of the tubular membrane. The clean water permeates through a membrane wall while the highly-oxygenated concentrate stream is sent back to the lagoon through the centre of the tubes. The rapid increase in dissolved oxygen and drastic pressure change can greatly reduce chemical oxygen demand from the waste stream. In addition, the dissolved oxygen stream returned to the lagoon accelerates the natural biological breakdown of solids within the lagoon. For airport lagoons overall, and for EIA, glycol from the de-icing fluid can be treated with this additional aeration.

EIA hopes this will help mitigate the need for larger and new permanent infrastructure, while meeting its regulatory requirements

This system has already had significant benefits for EIA. Most treatment technologies are permanent installations that need years to design and install. However, this one was deployed within days of the decision.

As the pilot project continues over the summer, EIA hopes this will help mitigate the need for larger and new permanent infrastructure, while meeting its regulatory requirements and ultimately helping ensure it is supporting a cleaner ecosystem for its region. If the pilot is successful, there is the possibility of this technology being adapted at other airports, depending on their requirements.

Supporting the environment and the economy

After safety and security, EIA’s mandate is to also support economic opportunities for its region. With the significant land holdings EIA has, the airport continues to develop ‘Airport City’ – home to numerous companies with a focus on tourism, entertainment, technology development and innovation. Airport City is home to several technological start-up companies through the Alberta Aerospace and Technology Centre, and Edmonton Airport will continue to trial new technologies to benefit its passengers, staff and environment.

Steve Maybee, Vice President of Operations and Infrastructure at Edmonton Airport, joined Edmonton Airports in 1992 and has held a variety of positions throughout his time at the airport. He started in Contracts and Procurement where he led the Procurement and Contracts department through two major terminal expansions before moving into the position of Director of Human Resources. Maybee later joined the Operations department as Manager Airside Operations and was promoted to Vice President of Operations in August 2014. In August 2018, the Infrastructure department was added to his portfolio. 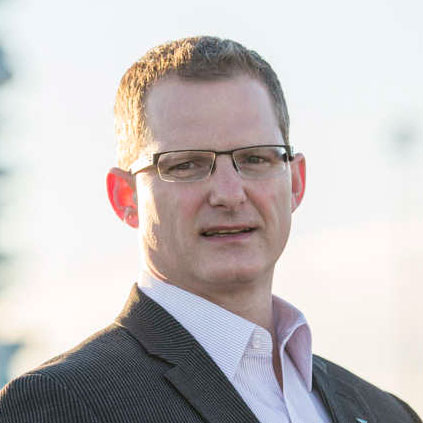 Limited recovery for UK air traffic in 2021 as pandemic continues