Posted: 4 May 2020 | Tara Mulrooney - Edmonton International Airport | No comments yet

Tara Mulrooney, Vice President of Technology at Edmonton International Airport (EIA), details how even though COVID-19 has created challenges, the airport can continue to innovate through its unique strategy. 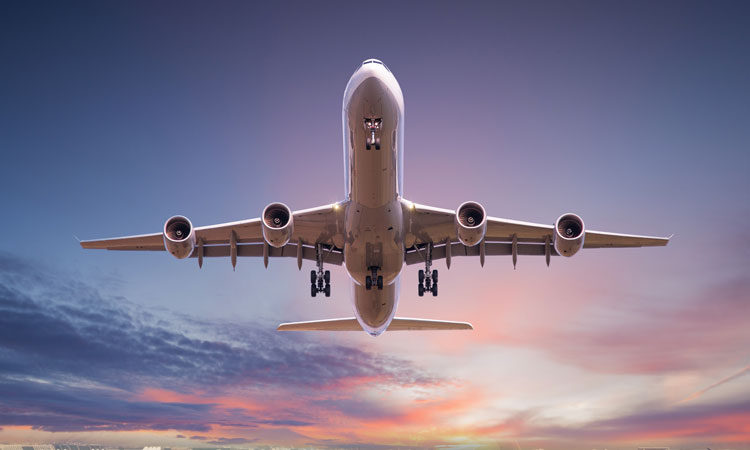 One of Canada’s busiest airports, Edmonton International Airport (EIA) has been developing at an incredible pace. Since 2013, EIA has attracted over a billion dollars in private investment to its growing airport city, that supports jobs and growth in the local communities the airport serves. By working with partners through the Alberta Aerospace and Technology Centre, for example, they can support technology creation, innovation and adoption throughout the region whilst continuing to drive economic growth.

What started as a five-year plan has now become a seven-year roadmap, and the airport is focusing more of its energy and resources on its digital transformation

In 2020, EIA unveiled its five-year ‘Innovation Expansion’ strategy. Through this five-year expansion, the mindset shifts from incremental repairs and enhancements, to a holistic, large-scale redesign and modernisation. Innovation Expansion will transform EIA’s business model and enable its employees to operate a more digital company by applying data insights into their decision making. The airport will increase its terminal capacity through technology rather than the traditional bricks and mortar, creating a terminal that will reflect global best practices in self service, online purchasing tools and facility monitoring. This will deliver increased efficiencies, a differentiated passenger experience and position its business to be less reliant on organic passenger growth by expanding revenue diversification.

Tara Mulrooney was Airport IT & Security 2019’s Chair, moderating a plethora of in-depth discussions and debates regarding the hot topics of airport IT. This year’s conference – held in Munich over 19-21 October 2020 – will once again welcome industry leaders within the airport IT and security sectors for unique networking, workshops and knowledge-sharing.

However, even the best laid plans can be derailed by an unforeseen event. The entire aviation industry has been rocked by the devastating effects of the COVID-19 outbreak. In Canada, the Canadian Airports Council has estimated that airports will lose approximately $2.2 billion in revenue because of the drastic reduction in air services worldwide. Canadian airports operate as not-for-profit entities, meaning they receive no direct government funding, nor do they have private investors. They rely completely on aeronautical and non-aeronautical revenues to deliver their business objectives. For EIA, that mandate is driving regional economic prosperity to the communities it serves. How then, in the current environment, can an airport deliver on this promise?

Thankfully, EIA created its five-year strategy with several built-in levers and off-ramps to allow for flexibility in the delivery and implementation of projects. What started as a five-year plan has now become a seven-year roadmap, and the airport is focusing more of its energy and resources on its digital transformation, which began in 2018.

While traditional business planning is essential for any organisation, the whole world has seen that major disruptions can come with little warning, making flexibility a key component of planning documents

EIA’s transformation strategy rests on three pillars: Data, technology and employees. Each of these is equally important for overall success. The airport is a staunch believer that there is no use in creating the Starship Enterprise if none of your employees know how to fly or repair it. This is why EIA has created a dedicated change and transition group to guide employees through the changing work environment that comes with technological innovations, as well as balance upskilling current employees with attracting best-in-class professionals to join the team.

On the data front, the airport is creating a holistic data repository based on the ACRIS model to house all its owned data in one central hub, rather than relying on multiple point-to-point interactions. This model will ensure that all applications and interfaces can seamlessly speak to one another and increase efficient data-sharing and storage. Choosing the correct applications to implement in the airport environment is crucial to tying all aspects of EIA’s digital transformation together. This cannot be done in silos; every team in the organisation needs to be on the same page. To achieve this, EIA conducted maturity assessments in each business area at the onset of its transformation journey. Once these assessments were complete, the team was able to prioritise each project and action based on feasibility, technology and business impact. By doing this planning work first, they were able to centralise the execution of all the different innovation projects within the organisation, ensuring that the parking app being developed by one team would be compatible with the advertising platform being developed by another and that both would connect to the Flight Information Display System.

How, in the current environment, can an airport deliver on its previous promises?

Centralising all this work has allowed the airport to be more efficient with resources and serve the ultimate goal of being the most passenger-centric organisation it can be. Perhaps most importantly, EIA has defined a future reference architecture which will be followed for all investments as they move forward. This architecture is based on a service-oriented cloud-first platform and will challenge typical airport technology vendors to rethink how they provide solutions in the aviation space. EIA will be replacing the vast majority of core systems with solutions that comply with these principles to ensure a scalable and flexible environment which allows for the adoption of emerging technologies where value can be realised.

Join us at Airport IT & Security 2020, and over 400 attendees from airports across the globe, to deliberate the future of airport IT and security. Register your interest – to attend, exhibit or sponsor – now.

Outside of the terminal, EIA has placed an emphasis on incubating and commercialising local companies to inject life into Edmonton’s emerging tech industry. They’ve turned the airport into a bit of a testbed for new innovations, such as drone wildlife management, autonomous airport security, energy efficient aircraft heaters, and NLP (natural language processing) chatbots. Its growing airport city was responsible for over $1 billion worth of private investment being injected into the regional economy since 2013, and in the wake of the COVID-19 pandemic, a number of businesses operating on-site are modifying their normal business operations to support relief efforts. Red Cup Distillery, a local moonshine producer, is using its expertise in alcohol to manufacture hand sanitiser, which is in shortage throughout the province of Alberta, and in most of the world. Drone Delivery Canada, a company that operates at EIA to test their system of remotely-piloted cargo delivery, is offering its services to the healthcare industry, including hospitals, labs, seniors’ homes and other organisations, for use case applications for drone delivery.

While traditional business planning is essential for any organisation, the whole world has seen that major disruptions can come with little warning, making flexibility a key component of planning documents. EIA’s Innovation Expansion strategic plan has positioned the airport for success during a very trying time for the aviation industry. Whether the plan is executed over five years or seven, the flexibility built into its structure will ensure the airport’s transformation delivers incredible efficiencies in our operations and passenger-centric improvements.

Tara Mulrooney, Vice President of Technology at Edmonton International Airport, has over 25 years of experience within the technology discipline across various industry sectors. She has successfully led digital change, resulting in hundreds of millions in operational savings, and has designed modern platforms which deliver true innovation, including ‘actionable AI’ and ‘robotic process automation’. Mulrooney has been recognised for her leadership with various awards including: 2019 Canadian CIO of the Year (ITAC and IT World Canada), John Zachman CIO of the Year, ICMG Global Architectural Award, Open text Innovative Development Award of Excellence and an ESRI Award of Excellence. Her current role is to enable EIA’s ‘Innovation Expansion’ programme. 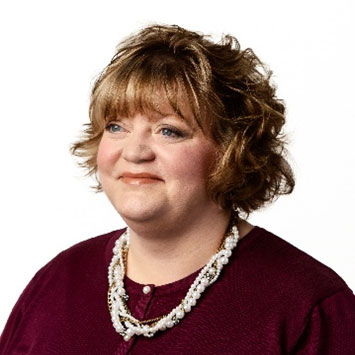