With air traffic control on the cusp of a digital revolution involving remote towers, Jersey Airport’s Air Traffic Controller, Peter Moore, explains how the airport overcame some of the challenges involved, including the use of eye-tracking technology. 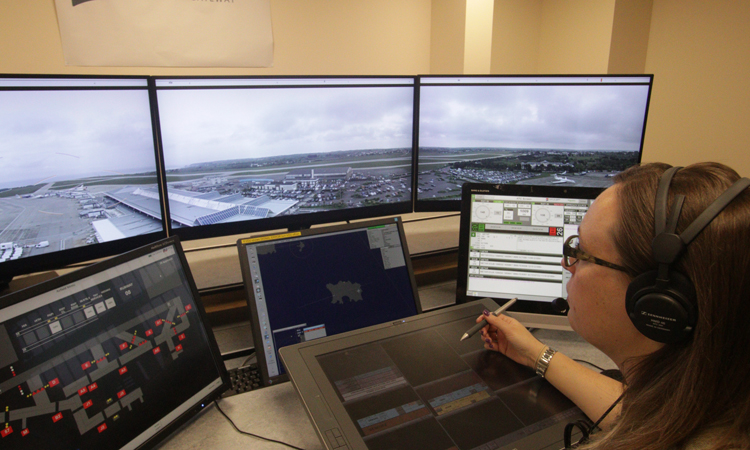 Controlling aircraft from an airport tower has, for decades, been a hands-on job, with controllers relying on excellent vision, powerful binoculars and high vantage points to assist them in their role of guiding planes to land and take off.

But advanced technology and the development of remote towers mean that controllers of the future could carry out the role from afar, using high‑definition computer screens and cameras. Ports of Jersey has recently made a considerable investment in developing one of the UK’s first remote towers – with the facility based just a few hundred metres from the airport’s 39m tower.

A home away from home

With the remote tower designed to act as a contingency for Jersey Airport – in the event of equipment failure in the existing site or an evacuation – a decision was made to replicate all of the technology and equipment used in the conventional tower so that controllers would be in familiar surroundings.

As such, the only real difference for controllers was the view. From the outset, for the project to be a success, it had to ensure that it was at least as safe as the existing tower and that controllers were happy that their current view – which allows them to see landmarks, such as lighthouses, as far as 46km in the distance – could be digitally recreated.

This was achieved via 11 fixed cameras, providing a 240-degree panoramic picture, and two pan-tilt zoom cameras. They produce a faithful recreation of the view from the tower – a digital image that is stitched together across three screens in the remote tower. The stitching allows different camera views to be displayed on a single screen which continuously blends light levels, contrast and focus to create one seamless panoramic picture.

It is not a replicated view, but a different view

With the ability to see aircraft in bad visibility, the controllers have a view better than the original”

The project focused on creating the optimal view. Initially, we thought we had to reproduce exactly what controllers could see out of the window but, now, our thinking is that we have enhanced it. For example, not only do we have digital zoom on the ‘out the window’ view – we have two pan-tilt zoom cameras that let you focus on areas of the aerodrome, but also track aircraft using the target label. That kind of technology, together with the ability to add infrared cameras that enable night vision and the ability to see aircraft in bad visibility, means that controllers have an enhanced view that is better than the original.

Before choosing the screens that would be used for the remote tower, a study was carried out by Ports of Jersey to investigate human‑computer interaction with the ‘out of window’ view. The services of Cranfield University, specifically, the human factors experts, were engaged to help with this study.

A group of 15 air traffic controllers took part in the experiment, which involved wearing eye-tracking devices whilst responding to instructions to track various objects on screen. This captured objective eye movement metrics that measured controllers’ response times while searching for targets.

The most surprising result of the case study was the eventual recommended screen size. While everyone originally thought that bigger would be better, the test results showed that, though our subjective preference was for larger screens, smaller screens were actually objectively better. It meant that controllers were quicker at finding targets and that their fixation was more focused. We had two sets of screens and ran tests where the subject had to identify targets. The results of the eye tracking were conclusive – people found the targets quickest on 43” screens.

We worked out the optimum distance for the screens from the controllers’ position, which ensures that they have the best possible ‘view’ of the airfield. The screens are also positioned so that all of them are in the controller’s field of vision – despite it being a 240-degree vista. This means that they don’t have to turn their heads as much, making their response times quicker.

Learning how to interact with this new perception

Our controllers originally thought that they would be sitting in the middle of a 3D replica tower, because that’s what old simulators are like and it is what they are used to, having trained on them in the past.

However, the way that the picture stitching works so successfully, is that an acceptable view of the runway and surrounding areas can be achieved on the screens in front of them, without needing to turn heads. All of the feedback from the controllers is that they are very happy with the set‑up and that they find it easy to use and intuitive.

As part of the study, other tests were conducted, including HET, NASA TLX, SAR, SUS and HRV. HET (Human Error Template) measured human performance, and NASA TLX measured the ATCOs perceived workload in the remote tower versus the conventional tower. SART is a Situational Awareness Rating Test, whereby operators rate a system desirability by practical experience, which resulted in no significant difference from the conventional tower. SUS (System Usability Scale) showed a 77 per cent ‘good’ or ‘excellent’ rating. HRV (Heart Rate Variability) measured physical parameters by comparing a controller’s heart rate whilst controlling live traffic compared to an at-rest period. All of these studies gave very favourable results and were submitted as evidence for EASA certification.

In case of emergency

Jersey Air Traffic Control has also carried out a simulated tower evacuation as part of its requirements laid out by the European Aviation Safety Agency. The evacuation exercise involved a series of simulated laser attacks on the tower and saw controllers transported by the Airport Fire Service to the nearby contingency tower, where they seamlessly picked up control of the existing traffic.

While there are many potential opportunities in the future involving our remote tower, such as offering training or even operational facilities for other airports, its primary function is to serve as a back-up for Jersey Airport if we are forced to evacuate our existing building because of an emergency or equipment failure.

In that respect, it has been a huge success. Our rigorous ‘live training’ of controllers to operate in the remote facility has shown that it is a viable alternative and a valid contingency – something that we hope gives reassurance to Jersey’s 100,000-strong population, that their main route in and out of the island could remain operational in the event of an emergency.

Peter Moore has been an Air Traffic Controller at Jersey Airport for 32 years. As Air Navigation Services Business Development Manager, he has been heavily involved in Jersey’s remote tower project for the last three years – specifically overseeing the technological development of the system from an ATC perspective. 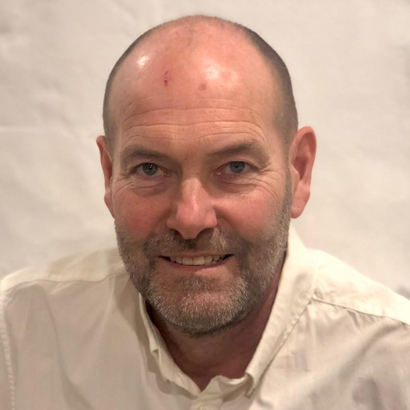