The project involves the development of a new integrated terminal at Jersey Airport, led by Volkers Fitzpatrick. 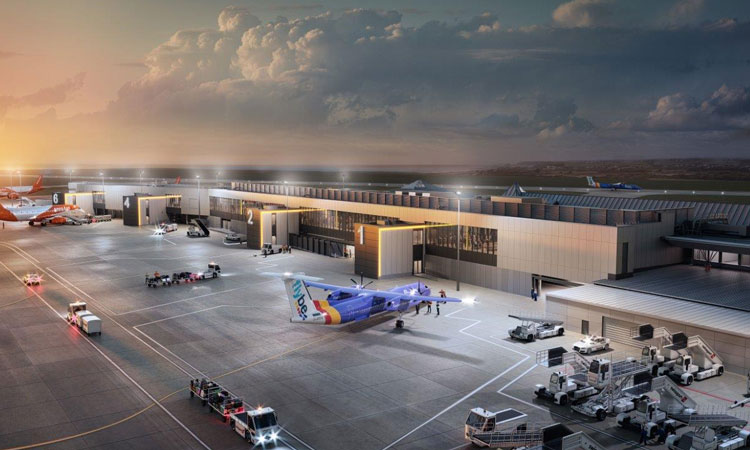 A project dedicated to the development of a new integrated terminal at Jersey Airport has begun, with works currently underway in preparation for phase one of construction. The project is expected to be completed by 2022.

The first phase of the project, which will be undertaken throughout 2020, includes the addition of a new two-storey passenger pier, an upgrade and realignment of aircraft stands, the realignment of the current arrivals process – which will involve the part removal of the existing arrivals terminal – the development of the airport’s forecourt and a realignment of the roads to create a 30m exclusion zone in front of the terminal.

Volkers Fitzpatrick has been appointed by Ports of Jersey, the operator of Jersey Airport, as the main contractor to oversee construction of the integrated terminal, working alongside local construction company, RoK. The removal of the arrivals building will be carried out by Jersey-based demolition specialists, DB Cummins, and is expected to begin in April 2020.

Matt Thomas, CEO of Ports of Jersey, said: “Without doubt, this exciting and ambitious project is one of the most significant construction projects undertaken on the island in recent years. In effect, we are creating a ‘new’ airport, a 21st Century gateway, which ultimately will futureproof our operational needs, meet the growth ambitions of our airline partners and provide a fantastic travel experience for our customers. The terminal will incorporate new ideas and new technology, capture the ‘spirit of Jersey’ and create an airport that we can all be proud of. We are now finalising our plans to minimise the disruption for our customers, which is expected in a project of this scale.”