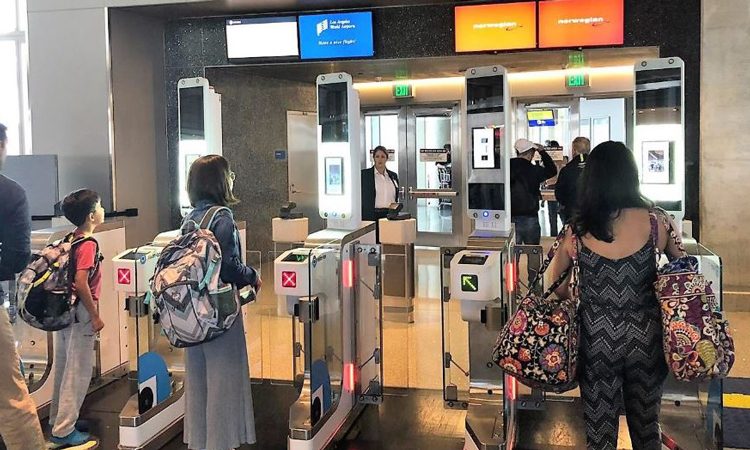 On July 11, the first flight of Norwegian Air using facial recognition for boarding left from Los Angeles’ airport to Barcelona. Already more than 500,000 international passengers have been recognised with their face to board paperless in LAX. However, Norwegian Air is the first low-cost long-haul carrier introducing this fast and secure next-generation facial-boarding technology. A simple gaze at a camera opens the eGate to board the aircraft.

Miguel Leitmann, Global CEO and Founder of Vision-Box, welcomed Norwegian Air: “We are very pleased to have Norwegian Air and its passengers benefit from Vision-Box’s biometric boarding platform at LAX, enjoying a faster and safer travel experience. This is yet another milestone that testifies to how biometrics is gaining traction to become the new normal.”

Bjørn Erik Barman-Jenssen, Managing Director Support Services at Norwegian Air, said: “Norwegian thrives on innovation as we continue to disrupt the
conventions of air travel. Several years ago, we arrived in the U.S. with low fares and new planes. We’ve been named ‘most fuel-efficient’ airline twice by the International Council for Clean Transportation – reducing our carbon footprints. Adopting paperless boarding with biometric technology is the right step for our environment, and will create a seamless experience, which will in turn attract more eco-conscious consumers to our airline.”

The biometric self-boarding solution has been running since 2017 in the scope of the U.S. Biometric Exit trial programme, following a partnership between Vision-Box, Los Angeles World Airports Authority (LAWA) and the U.S. Customs and Border Protection (CBP).

The passenger approaches a self-boarding eGate. A biometric-enabled camera ergonomically integrated in the eGate captures the passenger’s facial image. The image is securely sent to the CBP TVS (Traveller Verification Service), which conducts a matching process with the stored digital facial token, captured at the initial immigration process or from the U.S. passport. Within seconds the system reconciles the passenger identity and his eligibility to enter the flight. The positive match of both verifications triggers the eGate doors to open and the passenger can board the aircraft.

The solution is based on Vision-Box Traveller flow orchestration platform, enabling a quick and secure data exchange for a fast and seamless process. It provides unprecedented security by confirming to the highest degree of certainty the identity of boarding passengers and the authenticity of their documents utilising Department of Homeland Security CBP Traveller Verification Service. The self-boarding eGates were designed to offer an ergonomic passage, a friendly experience and high speed in passenger throughput, whilst offering a self-service method to change seats. As one result, airline operations is improved by automated reliable boarding and secures an on-time departure.

Improving an airport’s approach to accessibility with Hack Access