The daa has recorded profits as passenger numbers continue to increase

Profits at daa Group increased by six per cent to a record €133 million in 2018 as the company benefited from higher passenger numbers and increased commercial income. 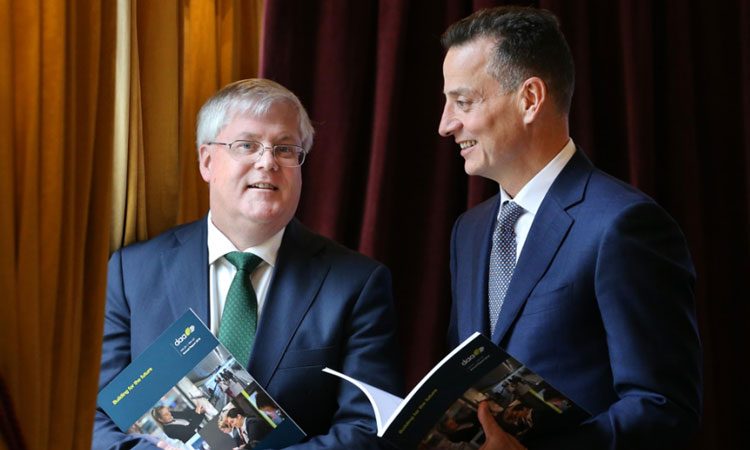 The daa’s results for 2018 have showed that the Group, which operates Dublin and Cork airports, the global travel retailer ARI and daa International, had another positive year.

Total passenger numbers for Dublin and Cork airports increased by six per cent to a record 33.9 million last year. Dublin Airport had its eighth consecutive year of passenger growth, while Cork Airport saw its third successive year of increased traffic.

daa, Chief Executive, Dalton Philips, said: “The daa had a good year in 2018, with our key financial and passenger metrics improving. Dublin Airport welcomed a record number of passengers, Cork’s traffic further improved, and we made significant progress on our plans to deliver North Runway and the other vital infrastructure that is required at Dublin Airport. The Group also continued to expand connectivity at the state’s two largest airports, which is essential to allow the Irish economy to grow in a post-Brexit world.”

Turnover increased by five per cent to €897 million, with good growth in commercial activities, aeronautical income, and increased sales at the Group’s international businesses. Earnings before interest, taxation, depreciation and amortisation (EBITDA) increased by seven per cent to €289 million for the year.

Operating costs increased by four per cent to €426 million, as daa recruited almost 190 additional staff at its Irish airports and its overseas businesses.

Net debt was further reduced during the year, declining by 18 per cent (€100 million) to €441 million. daa is to pay a dividend of €40 million to the state for 2018, which brings its total dividend payments to €125 million over the past four years.

Passenger numbers at Dublin Airport increased by six per cent to a record 31.5 million last year, as the airport facilitated an additional 1.9 million passengers. Dublin Airport welcomed 16 new services and six new airlines in 2018 and there was additional capacity on 22 existing services.

Connecting passenger numbers increased by 18 per cent to 2.1 million, as Dublin Airport continued to expand its role as a major gateway between Europe and North America.

Passenger numbers at Cork Airport increased by almost four per cent to 2.4 million last year. Cork, which is the state’s second largest-airport, has increased its passenger traffic by 16 per cent over the past three years. Three new routes were introduced at Cork in 2018, and there were capacity expansions on 14 existing services.

Both airports have a strong pipeline of new and expanded services for this year and have made a positive start to 2019. Passenger numbers at Dublin Airport have increased by seven per cent so far this year while Cork’s passenger numbers are up by 11 per cent.

While construction of North Runway continues, daa will continue to seek the amendment of two onerous conditions that will apply once the new runway is built. The conditions mean Dublin Airport would have significantly fewer flights between 23:00 and 07:00 with two main runways than it currently has with one.

Up to three million existing passenger journeys would be lost as soon as the conditions are applied, Mr Philips said. “Dublin Airport’s capacity would be almost halved during its busiest time of the day, which is between 06:00 and 07:00. It has never been our intention to have lots more flights in the middle of the night, but these conditions would decimate the airport’s busiest times of the day and have a hugely negative affect on the entire Irish economy for decades to come.”

The appointment of Fingal County Council as the new independent noise regulator for Dublin Airport is currently going through the Oireachtas and the new regulator will ultimately decide on the issue. “There is a balance to be struck between Ireland’s national economic needs, particularly in the context a more uncertain world post-Brexit and mitigating the impact of the runway development on local communities,” Philips added.

Construction set to begin on express road at Melbourne Airport

COVID-19 is a crisis of unprecedented proportions, says ACI Europe

Managing through COVID-19: Insights and measures for airports