At its annual press conference, Munich Airport reported increased net profits of €150 million in 2018, up on the figures from 2017. 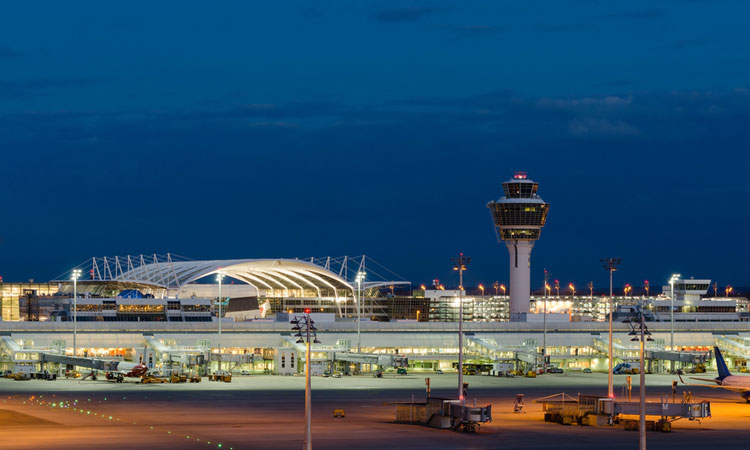 Dr. Michael Kerkloh, President and CEO of Munich Airport, stated that commercial success is an essential building block for a future-ready and competitive airport. He said: “By making substantial investments in our infrastructure, we are ensuring that Munich Airport – despite rising passenger numbers – will be able to offer the travellers of tomorrow the same impressive service standards and pleasant airport experience. In that regard, the most important project now underway is without doubt the extension and modernisation of Terminal 1.”

Work has begun on the first preparatory measures for this major project at the heart of Munich Airport. On completion, the planned new pier will be linked to the existing A and B modules and will extend more than 320 meters into the western apron. It will have docking space for up to 12 aircraft. The new pier is scheduled to go into operation in 2023. FMG has budgeted approximately €455 million for this expansion project.

Terminal 1 is not the only construction site at Munich Airport. At present, a total of 14 expansion projects are at various stages of completion on the airport campus. They range from new parking facilities to the extension of the S-Bahn rail tunnel for the future rail link to Erding and various road projects. These include the four-lane expansion of the eastern airport feeder road and the construction of an additional bridge over Zentralallee to access the future LabCampus innovation site on the western side of the airport.

The biggest factor behind the dynamic traffic trend at Munich Airport in 2018 was the increase in passenger numbers on international routes. The main growth driver was the intercontinental segment, which experienced a seven per cent increase, thanks in large part to Lufthansa’s decision to station five Airbus A380 aircraft in Munich. The world’s largest airliner has over 500 seats and carried approximately 900,000 Lufthansa passengers in its first year in operation. Also contributing to the renewal of the long-haul fleet in Munich was the Airbus A350. By July 2019, Lufthansa will have 15 of these fuel-saving and extremely quiet wide-body jets stationed in Munich. The strong demand in the intercontinental segment contributed to yet another increase in the average aircraft load factor at the Bavarian hub: With an average of 77.5 per cent of all seats filled on arriving and departing flights, the airport achieved the highest quota in its history.

The robust traffic trend showed no sign of slowing down through the first two-and-a-half months of the current operating year, with the number of take-offs and landings around three per cent higher year-on-year, and passenger numbers up by a very healthy four per cent.

FMG CEO, Michael Kerkloh, commented: “Looking ahead, however, we must note that the projected increases in demand at Munich Airport over the coming decade can be met only with a corresponding expansion in supply. The moratorium on the construction of the third runway has capped our growth opportunities for the time being. Against that backdrop, our main task in the coming years will be to maintain the range and quality of services at our airport under the conditions imposed by an increasingly challenging capacity crunch. The key will be to enhance the hub function and in particular to further reinforce Munich Airport’s role as a gateway to intercontinental travel.”