The Port Authority Agency plans to install more than 10 megawatts of solar power at JFK, in a bid to reduce greenhouse gas emissions, while providing local low-income residents the opportunity to purchase clean energy at reduced rates. 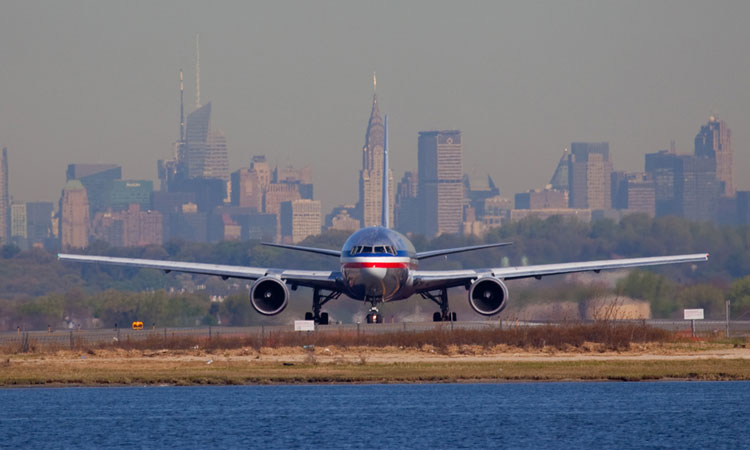 Residents, particularly those in low-income neighbourhoods, would have first access to purchase solar-generated renewable energy at a reduced rate from their normal utility bill. The facility would be sited on a portion of JFK’s long-term parking lot.

Port Authority Chairman Kevin O’Toole said: “The implementation of Community Solar is growing and will now be accessible for homeowners and renters around John F. Kennedy International Airport. The Port Authority will continue designing similar programmes that are intended to support communities that seek renewable energy, while reducing emissions across the agency.”

Port Authority Executive Director Rick Cotton said: “Creating a major solar power project is an important step for the Port Authority’s mission to reduce greenhouse gas emissions, and what’s more, it will benefit the community surrounding JFK Airport. Community Solar power at JFK builds on Governor Cuomo’s sustainability efforts at the state level, while enhancing the agency’s capability to be a good neighbour by helping nearby residents obtain more affordable and cleaner energy.”

The project is part of the agency’s interim target to lower GHG emissions 35 per cent by 2025 and long-term reduction goal of 80 per cent by 2050. JFK’s solar initiative is expected to reduce CO2 emissions by 4,374 tons annually.

In October 2018, the Port Authority Board embraced the Paris Climate Agreement, becoming the first transportation agency in the nation to do so. Soon after, the agency’s Office of Environmental and Energy Programmes sought interest from developers for the JFK solar project in a Request For Information (RFI), which generated numerous positive responses.

Agency and NYPA officials asked PSC to approve a petition for the project due to lack of clarity in the applicable electricity tariff, which would have capped the JFK project to 5 megawatts of renewable energy production.

The Port Authority expects to develop the Community Solar project by entering into a lease agreement with a solar developer, which would construct a large solar array over a portion of JFK’s long-term parking lot. In addition to the five megawatt Community Solar project, the Port Authority will seek to develop an additional five to eight megawatt solar system at the site for the Port Authority’s own consumption at JFK, which will support its vision for the new, best-in-class JFK development to exemplify green, sustainable design and operation.