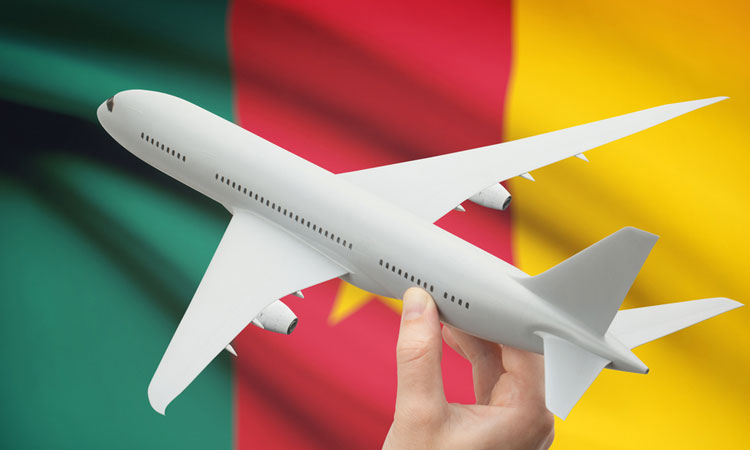 A new ground-mounted 1.2MW solar installation at Cameroon’s Douala International Airport has been put into operation to help reduce the CO2 emissions produced by aircraft during ground operations.

Though its new solar installation, Douala Airport will now be eliminating at least 2,575 tonnes of CO2 from over 5,100 flights annually, based on the more than 5.5 million kWh per year it is projected to generate. As a demonstration of its engagement to the project, the Government of Cameroon funded the purchase of airport gate electric equipment to be connected by the newly installed solar park.

Jean Ernest Massena Ngalle Bibehe, Minister of Transport of Cameroon, said: “With this solar facility at Douala International Airport, Cameroon advances the modernisation of its energy sector by using renewable energy to reduce green-house gases emissions and protect the environment. The Government of Cameroon is determined to continuing the implementation of tangible actions for a more sustainable aviation.”

Jane Hupe, ICAO Deputy Director Environment, said: “Sustainable development and climate change continue to be critical issues for the international community, and this latest commitment by Cameroon is a great example of the concrete actions which can be implemented as part of a broader air transport environmental strategy. ICAO expects to see many other countries replicating these cost effective and emissions reducing solar-at-gate solutions.”

The new “Solar-at-Gate” pilot project is the third such initiative implemented by ICAO, and the second to be realised in Africa following on recent installations in Jamaica and Kenya.

The installations are part of a longer-term Capacity Building for CO2 Mitigation from International Aviation assistance programme which ICAO has been carrying out, with funding support from the European Union. It provides direct assistance to 12 African and two Caribbean region States.

Mr. Steven Rault, Chief of Programmes of the EU Delegation in Cameroon, commented: “The construction of the solar photovoltaic system at Douala International Airport shows the results achieved by the ICAO-EU partnership on the environment, in which the authorities of Cameroon have been actively participating. By funding such initiatives, the EU wants to contribute to the sustainable development of the international aviation.”