There seems to be no relief from drone disruption as now Heathrow, the UK’s busiest airport, has fallen victim to drones as flights are left grounded for nearly an hour. 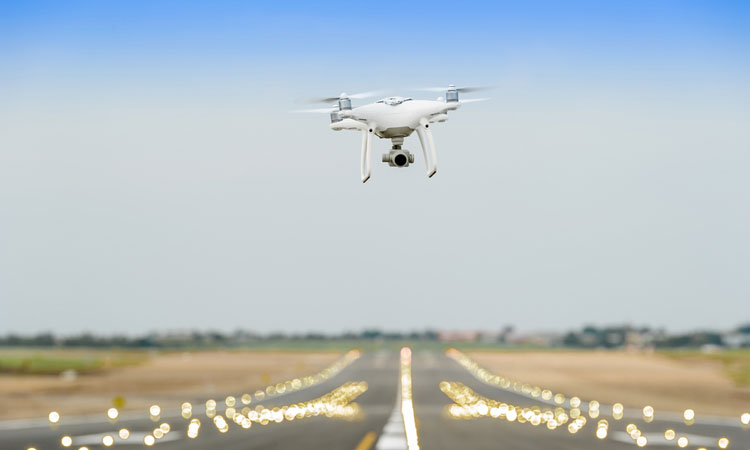 Around 1700 GMT on the 8 January 2019, drones were spotted in the airspace of the UK’s busiest airport – Heathrow.

“We are responding to a drone sighting at Heathrow,” Heathrow said in a statement to Reuters. “As a precautionary measure, we have stopped departures while we investigate. We apologise to passengers for any inconvenience this may cause.”

They took to Twitter to update travellers: “We are responding to a drone sighting at Heathrow and are working closely with the Met Police to prevent any threat to operational safety. As a precautionary measure, we have stopped departures while we investigate. We apologise to passengers for any inconvenience this may cause.”

Scotland Yard have been called and have launched a full criminal investigation to find who is culpable for the disruption. Additionally, as with Gatwick at the end of 2018 where flights were grounded for nearly three days with over 350,000 passengers stranded, the military were called in to make sure that the threat was addressed. A Ministry of Defence spokesman said in a statement to the BBC: “We are deploying specialist equipment to Heathrow Airport at the request of the Metropolitan Police.”

Stuart Candy, the Metropolitan Police Commander commented to the BBC: “We are carrying out extensive searches around the Heathrow area to identify any people who may be responsible for the operation of the drone. The illegal operation of drones at an airfield is extremely dangerous. It is an offence to endanger the safety of an aircraft; anyone found guilty of this offence could face a life sentence. We are deploying significant resources – both in terms of officers and equipment – to monitor the airspace around Heathrow and to quickly detect and disrupt any illegal drone activity; some of which are as a result of learning from the incidents at Gatwick.”

BALPA General Secretary, Brian Strutton, said: “This second drone incident in less than a month has shown how important it is that airports invest in drone protection technology immediately. The Government should ensure that every airport does so in the interests of public safety and should accelerate and strengthen its other drone legislation planned for later this year. It’s time to act swiftly and decisively. An aircraft or helicopter collision with a drone has the potential to be catastrophic and so it’s right that Heathrow shut until it was sure flights could take off and land safely again. While it may be frustrating for the passengers who are delayed, it’s their safety that must come first.”

It has been announced this week that police will be given new powers to tackle the plight of drones, but with so few causing such chaos is this enough?