Montevideo Carrasco International Airport is the first to become a fully digital airport in Latin America, with a curb-to-gate biometric journey already in operation. 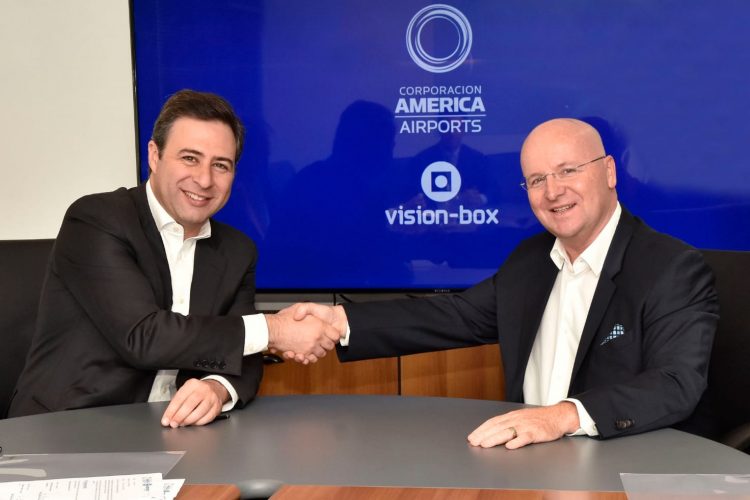 Carrasco International Airport has kicked off self-service biometric boarding. For the first time in Latin America, LATAM Airline passengers have boarded the plane without having to show their passport or boarding pass. A simple face scan was enough to have them securely boarded in just a few seconds.

Since 2016, the Easy Airport programme has been successfully offering passengers biometric Border Control. Carrasco International is now extending the use of biometric technology to all remaining passenger interaction stages. The goal is to accelerate traveler flow processing and offer a frictionless journey to the airport guests, where presenting travel documents is a thing of the past.

16 biometric self-boarding gates are just an additional piece of the expansion planned for Easy Airport. The programme is devised to transform Carrasco Airport into a fully end-to-end contactless experience, where your face is your passport.

Diego Arrosa, CEO at Puerta del Sur S.A. (concessionary of the Carrasco International Airport and a division of Corporación America) shared their goal:

“We seek to transform the Carrasco Airport into a beacon of innovation in Latin America. For that we have signed agreements with the main technology providers.”

“When all the phases of the Easy Airport programme are completed, the positioning of the Carrasco Airport will be one of the most advanced terminals in the region in the use of self-service technology and biometrics for the management of passenger flows.” 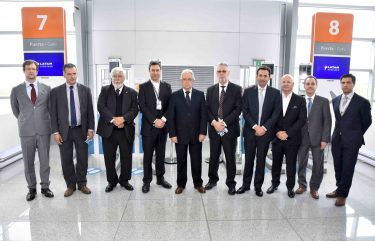 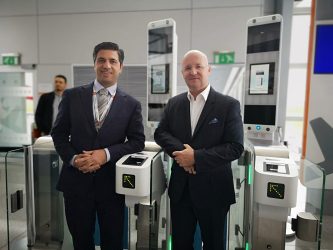 This inauguration also marks the onset of a strategic modernisation plan that will span over 50 airports operated by Corporación America. The company has today signed an exclusive partnership agreement with Vision-Box to bring seamless travel technologies to other commercial airports of the network.

Miguel Leitmann, CEO of Vision-Box stated: “About 2 years ago, Vision-Box and Corporación America envisioned Carrasco Int. as the blueprint for a fully connected 4.0 digital airport, with passengers journeying seamlessly without obstacles. Our joint vision now materialises through the implementation of our common-use orchestration platform which fuels the biometric passenger touch-points at multiple steps of the traveler’s journey. Carrasco Int. is slated to establish leadership in being the first end-to-end Seamless Travel Airport in Latin America. It simply took a shared vision and exemplar multi-stakeholder cooperation to get here.”

“This is the role model soon to follow at other Corporación America airports. The alliance we celebrated today marks the beginning of a transformational wave that will extend seamless travel technologies to more airports, more stakeholders and more people around the world. It’ll have a memorable impact on travel and build the foundations to transform the passenger lifestyle.”