CAA wants an increase in prosecutions to crack down on violent and drunken airline passengers, as the number of incidents reported this year are set to be on course with last year’s figures. 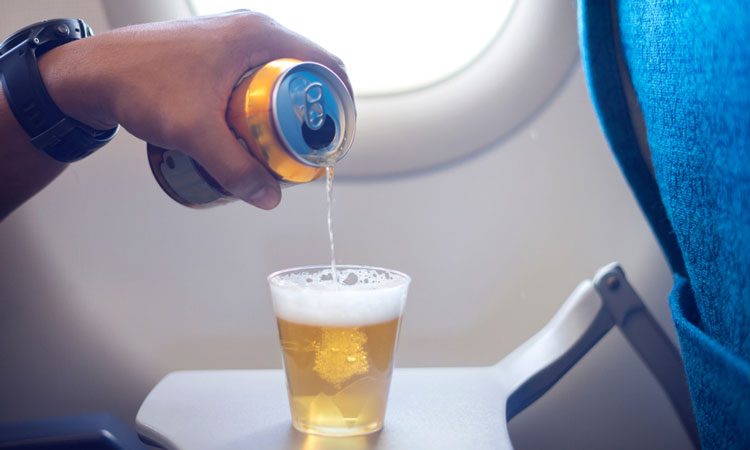 The UK Civil Aviation Authority has revealed that it has already received more than 200 incident reports about disruptive passengers from UK airlines in 2018 – before the busy summer flying season had even begun.

The latest figures mirror previous years, which have seen over 400 incidents reported for each full year, many involving acts of violent and intimidating behaviour.

Although the clear majority of passengers enjoy the experience of trouble-free flying, the CAA is calling on airlines and enforcement agencies to make better use of laws already in place. The Civil Aviation Authority will work closely with the industry and government to bring prosecutions against disruptive passengers.

Richard Stephenson, Director of the UK Civil Aviation Authority, said: “Everyone wants their holiday flights to be enjoyable and trouble-free. Drunken and abusive behaviour on an aeroplane is totally unacceptable. Not only does it upset everyone else, but it can also jeopardise flight safety. Criminal charges should be brought against offenders more often to act as a deterrent – passengers need to know they will face the full weight of the law should they be found guilty of disorderly behaviour.”

Offenders can be jailed for up to five years for endangering the safety of an aircraft. They can also be charged with specific offences of being drunk on board an aircraft and for acting in a disruptive manner. Smoking and failing to obey the commands of the captain are also against the law and can be punished by a fine or imprisonment.

The following criminal offences are contained within the Air Navigation Order and can be used by the police and Crown Prosecution Service to deal with cases of passenger disruption:

Responding to the latest figures on disruptive behaviour released by the CAA, Chief Executive of the AOA, Karen Dee said: “As an industry, we take the issue of disruptive passengers very seriously. Thankfully incidents of disruptive behaviour are a very rare occurrence, with the latest CAA data showing that the number of incidents is stable in recent years despite record passenger growth. Where they do happen, the impact can have serious consequences. We worked with airport police, bars, restaurants, retailers and airlines to develop the UK Aviation Industry Code of Practice on Disruptive Passengers. The Code sets out how we can work to further reduce incidents of disruptive behaviour and minimise the impact where they do occur despite our combined best efforts to prevent them.

“Disruptive behaviour, including due to excessive alcohol consumption, is not acceptable. Airlines, airports and airport retailers launched the “One Too Many” campaign this summer to ensure passengers are aware that consequences of excessive alcohol consumption could range from being denied boarding to huge fines, flight bans and prison sentences for the most serious offences. The “One Too Many” campaign and the Code are supported by Government and we believe they are the best way to tackle the small minority of passengers that are disruptive, while ensuring the majority of well-behaving passengers can continue to enjoy their travel experience.”