A report has found that many of these passengers (nearly one million) were travelling between the Czech capital and the UK, up by over 11 per cent from previous year. 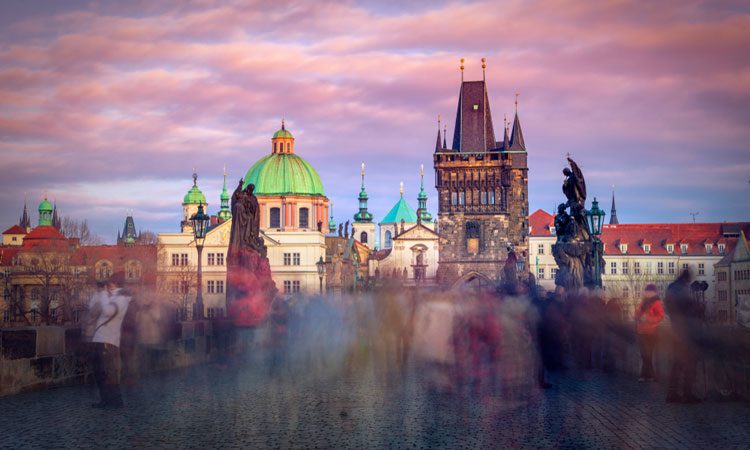 SOARING: Vaclav Havel Airport Prague served 7,463,975 passengers in the first half of 2018

In the first half of 2018 Prague Airport has seen an increase of 10 per cent in passenger numbers compared to figures from 2017.

The airport recorded that the largest numbers of passengers flew to London, which was a six per cent increase on the same period last year. Paris came second with just over three per cent more.

Barcelona was the fastest growing destination with regard to passenger count, with an increased number of 51 per cent.

It is expected that these numbers will be surpassed in the holiday season. This is largely due to the increased number of flights departing from the airport.

At the beginning of July Emirates introduced a second daily flight to Dubai. Similarly, Aeroflot begun their sixth daily flight to Moscow. On 25 July, easyJet will launch flights to London Southend.

There are new routes planned for the winter season of this year. Ryanair has flights planned to Marrakesh, Paris’ Beauvias, Eliat, Pisa and Amman. easyJet will introduce a new flight to Belfast, while British Airways will increase flights to London Heathrow.

Prague Airport’s CEO Václav Řehoř said: “During the first half of 2018, Václav Havel Airport Prague served about 10 per cent more passengers compared to the same period last year. A similar development is expected to continue until the end of 2018, when the total number is supposed to reach a record of 17 million passengers.

“The reason for this growth is this year’s increased capacity in existing flights and also the commencement of new flights, including long-distance ones.

“As an example, a new direct flight to Philadelphia and greater capacities of flights to Canada resulted in an 88 per cent year-to-year increase in the number of passengers travelling on direct flights to North America,”