The planned revamp will help Melbourne Airport reach its goal of reaching annual traffic of 100 million passenger over the coming decades. 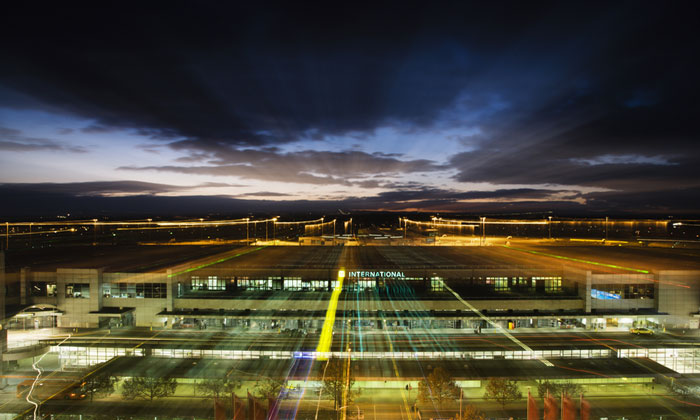 NEW LOOK: Lorie Argus spoke about the plans on the radio station 3AW

Melbourne Airport is set for a major revamp with a AU$3.5 billion (US$2.6 billion) plan. The expansion is expected to help the airport cope with a surge in passenger numbers, which are expected to double over the next 20 years to around 70 million.

The airport, which currently flicks between the second and third most congested airport in Australia, has even set itself an ambitious goal of serving 100 million passengers a year.

The main aim for the development is to increase the capacity of the arrivals hall to decrease congestion within the airport. This will make it more spacious and allow a larger throughput capacity.

Lorie Argus, Chief of Parking and Ground Access at Melbourne Airport recently told 3AW Breakfast Radio that the expansion of the airport will lead to “seamless journeys, from the road to the runway”. The vision for doubling passenger vehicle movement within the next 20 years will come as a positive side effect to this major revamp.

However, transport to the airport is being improved as a whole; the drop off and pick up sites will be moved to in front of the airport and will take car parking spaces from Terminal One (T1) to allow passengers to flow into and out of the airport with greater ease.

The expansion would mean little without the construction of a new runway. With an ultimate goal of 100 million passengers a new runway allows for this volume of people to travel with ease through an already congested airport. The new runway is being considered in terms of not only the airport engagement, but also the wider community engagement, another key issue that the development takes into consideration.

Funding for the project comes from a variety of channels, and is targeted by specific investments and multiple investment approaches.

With the expansion of the airport, parking is still a major business. Although Mrs Argus said mass transport solutions are important for the future, she added there still needs to be a focus today on personal transport – passenger parking. While there is a lot of competition concerning the current parking for the airport, which Argus believes is good for the consumer, the plan to expand the parking within the airport will contribute to their 100 million passenger target. The long term plan, however, remains that there is more of a growth margin within the mass transport systems such as the railway.

More than just a makeover at Hong Kong International Airport