Malcolm Turnbull’s pledge means the federal Government will foot half the bill for the project. 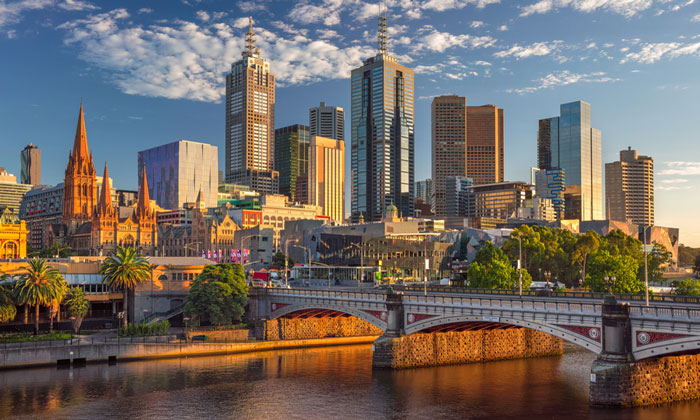 DOWN UNDER: The rail link has been decades in the works

The Prime Minister of Australia has announced a $5 billion pledge towards funding a rail link between Melbourne Airport and the city’s CBD.

Malcolm Turnbull publicised the decision to put up half the required funds for the link on Thursday morning.

“A global city like Melbourne deserves world-class infrastructure, including transport links. With a growing population and increasing numbers of international visitors, it’s vital that our city’s transport infrastructure continues to support the rapid growth in the north and west.

“An airport rail link could be part of an expanded transport network that would change the face of Melbourne.

“As a contemporary airport connection service SkyBus does a fantastic job right now, and will continue to be an important option for travellers into the future, but it’s important to remember that those buses use the same roads as all other road users.

“In a few short months we will bring forward our proposal for the third runway, which will set us up to welcome almost 70 million passengers per year by 2038.

“At the same time we are investing in our terminal infrastructure and our internal road network to ensure the traveller experience is in line with Melbourne’s reputation as a destination of choice for international visitors and the world’s most liveable city.

“A rail link can help us to realise the full potential of Melbourne Airport, injecting enormous value into the Victorian and national economies, creating and supporting jobs for the local community and putting the world within reach for millions of Victorian travellers.”

The Australasian Railway Association (ARA) commended the Prime Minister. Its CEO, Danny Broad, said: “A rail link between Melbourne Airport and the CBD is vital. The ARA is of the view that any proposed route will need to consider the highest frequency for commuters, journey time so it is to compete with other modes of travel and be accessible to commuters who travel to large regional centres, including Geelong, Ballarat and Bendigo.

“Infrastructure Australia has already identified the corridor between Melbourne CBD and the Melbourne Airport as one of the most congested and one where the Tullamarine Freeway is already at capacity.

“With Melbourne’s population forecast to reach 8 million by 2051 and the increase in international and interstate travellers, it is important for the Victorian and Commonwealth Governments to act now.

“The rail corridor between the Melbourne Airport to CBD was identified by Infrastructure Australia as a priority initiative and the rail industry and the Victorian community are ready for this investment – The time is now.”