Construction, expected to start this year, will support about 400 jobs and is due to be completed in spring 2022. 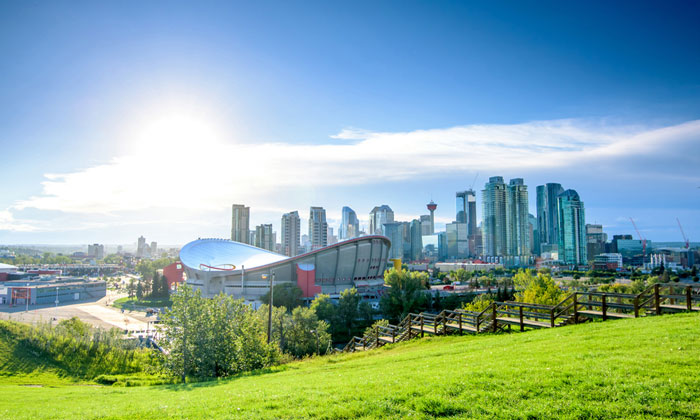 MOVING AHEAD: Calgary International is the fourth busiest airport in Canada

The Canadian Government has given a grant of $28 million to develop an industrial access road across northeast Calgary. The central Government grant adds to investment already put forward by the the Government of Alberta.

Once complete, the road, or Airport Trail, will create a second, critically needed east-west transportation corridor in north Calgary, improving passenger and cargo access to the airport, and better routes across Calgary’s growing northeast industrial-commercial area. The grant is part of the ongoing investments across the province that, it is hoped, will help to strengthen Alberta’s economy and create good-paying jobs.

Brian Mason, the Minister for Transport, said: “An expanded Airport Trail will connect major railways, inter-provincial and highways into the United States, and the airport. That means Alberta’s products will have even greater access to more markets, people who work in this area will get home faster to their families, and air travellers will have quicker and easier access to their flights.”

The Mayor, Naheed Nenshi, believes “with this one project, we are making it easier for people and goods to get to Calgary International Airport and strengthening the transportation and logistics sector of our economy”.

The expansion of Airport Trail involves construction of:

The access road will link Calgary International Airport to the rest of the province, including the Alberta provincial highway systems, north-east Calgary. This essential link comes as Calgary International Airport, and the surrounding area is the second largest employment centre in Calgary, outside the downtown core, with 24,000 jobs on airport land and nearly 50,000 full-time jobs directly related in the region. This link will make this hub more accessible to the wider community and thus the jobs are available to more people.

Construction is expected to start this year and will support about 400 jobs, it is due to be completed in spring 2022. Phase one of Airport Trail opened May 2014, and includes a six-lane, 620-metre tunnel and the widening of Airport Trail from four to six lanes between Barlow Trail and Deerfoot Trail.

CEO of Calgary Airport Authority, Bob Sartor, said: “Enhancing access to the airport is great news for Calgarians and guests to our city, but also for the businesses and partners that are strategically located on airport property and contribute to the economic development of Calgary. The approval of the Airport Trail interchanges will allow for the better movement of people and goods to and from YYC, furthering the development of airport lands and benefiting our greater community.”