A series of new routes opening up from Inverness Airport this summer have been hailed as an economic boost for the Highlands region. 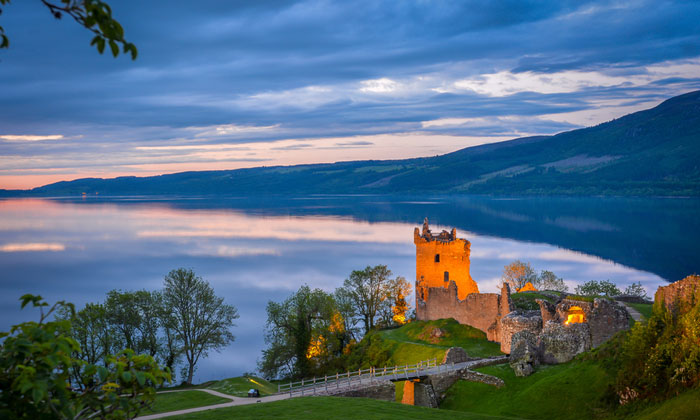 BOOMING TOURISM: Urquhart Castle beside Loch Ness, near Inverness and Drumnadrochit, in the Scottish Highlands

She said: “With new destinations and increasing numbers of passengers passing through its terminal, Inverness Airport is going from strength to strength.

“With up to 15 per cent of new slots at an expanded Heathrow reserved for domestic flights, it would deliver even more opportunities for greater connectivity across Scotland, benefiting both passengers and businesses.

“We’ve already seen a big increase in tourism and exports following the introduction of a new Heathrow flight in 2016, and we want the vibrant city of Inverness to see an economic boost through the growth of its high performing businesses and more visitors to the cultural capital of the Highlands.”

Inverness and other Scottish airports could benefit from strengthened routes to Heathrow with expansion which improve connectivity for passengers and businesses and boost the regional economy.

Goods and services exported from Scotland valued a total of £29.8 billion through over 12,000 exporters last year.

And the latest figures show Inverness Airport’s total passenger numbers increased by 92,000 last year, further illustrating the airport’s popularity and increasingly important role as a driver for the Highland region and economy.

The minister met the Inverness Chamber of Commerce and businesses such as Jacobite Cruises and Gordon & MacPhail whisky and distillery to discuss the growing strength of the airport and how to boost connectivity to the Highlands.

HIAL Managing Director Inglis Lyon, said: “We very much welcome the minister’s visit to Inverness to see for herself the work being undertaken to further improve connectivity and nurture sustainable growth. It is vital for the entire Highland region that the Heathrow link continues to thrive. We very much appreciate the opportunity to explain to the minister the importance of continued investment in aviation and associated infrastructure to maintain growth, not just in the airport, but for the wider Highland economy.

“When the Heathrow flight was reintroduced in 2016 we were confident of its success and the impressive increase in passenger numbers in the years since its reintroduction shows that demand is very much there. Only by continued investment in services and infrastructure will be secure our future growth.”

Following the launch of a route between the Scottish airport and Heathrow in 2016, the city has benefited from more than £8 million per year as a result of tourism according to the Inverness Chamber of Commerce.

Jacobite Cruises, the longest running cruise company on Loch Ness, reported a 12 per cent rise in visitors just four months after the daily air service between Inverness and Heathrow was introduced.

The Government remains on track to lay a final Airports National Policy Statement before Parliament for a vote in the first half of this year, subject to consideration of 80,000 consultation responses and the recommendations of the Transport Select Committee.