Transport Secretary: Heathrow should collaborate with airlines on third runway

As MPs prepare for a vote on its expansion this summer, the Transport Secretary has said he wants consumer needs and interests to shape Heathrow’s plans. 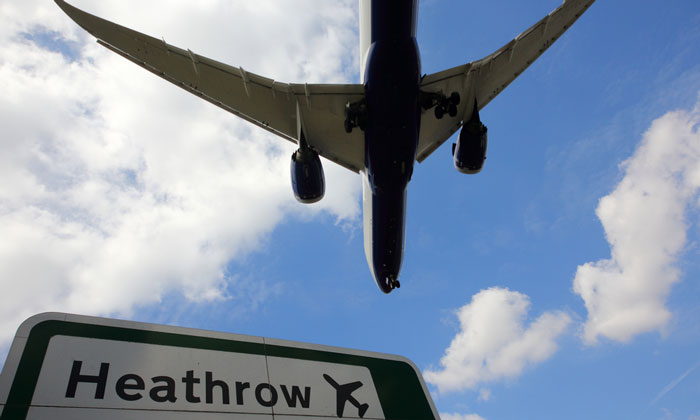 The UK’s Transport Secretary has called on Heathrow to ensure its expansion provides “value for money to every party”. Chris Grayling made the comments in an address to Airlines UK, the trade body representing the airline industry, on Thursday (May 24) concerning engagement between airlines and the London hub on its expansion plans.

The Secretary joined Steve Baker, Minister for Exiting the European Union, in a round-table with representatives from the sector to discuss the future of the sector post-Brexit.

Speaking on Heathrow, Mr Grayling said: “It’s important that airport expansion works for consumers and I want the interests of current and future airport users to shape the plans.

“It remains one of my fundamental priorities to deliver the ambition I set in 2016 – to keep airport charges as close as possible to current levels – so price increases are not passed on to airlines, and ultimately consumers.”

He called on the industry to make sure that plans for expansion are cost-efficient, sustainable and bring real benefits for passengers, telling attendees: “Heathrow’s customers should not pay for a ‘gold plated’ solution.

“The expansion of the airport must provide value for money to every party.”

The Government has launched a new commission for the independent aviation regulator, the CAA, to oversee engagement between Heathrow and airlines on a new runway.

Tim Alderslade, Chief Executive of Airlines UK, said: “Airlines support expansion at Heathrow as it’s best placed to deliver the biggest gains to passengers and the wider economy. We’re pleased that the Secretary of State is responding to airline concerns about the need to make expansion affordable for consumers.

“He is right to say that it is customers who must stand to gain from what is a once in a lifetime opportunity to transform our aviation connectivity. Expansion is paid for not by Heathrow but by airline customers in the form of charges and Heathrow must not increase these to pay for a disproportionately expensive scheme.

“Airlines are committed to working constructively with Heathrow and the CAA during this process.”

Heathrow’s latest round of public consultations over the third runway closed at the end of March. According to the airport, the feedback it gathered will help shape a preferred masterplan for expansion which will be put out to a second consultation in early 2019. Parliament is set to vote on expanding Heathrow this summer.

One response to “Transport Secretary: Heathrow should collaborate with airlines on third runway”