The meeting with senior representatives from the UK aviation industry follows the Prime Minister’s tour of the UK to mark one year until Brexit. 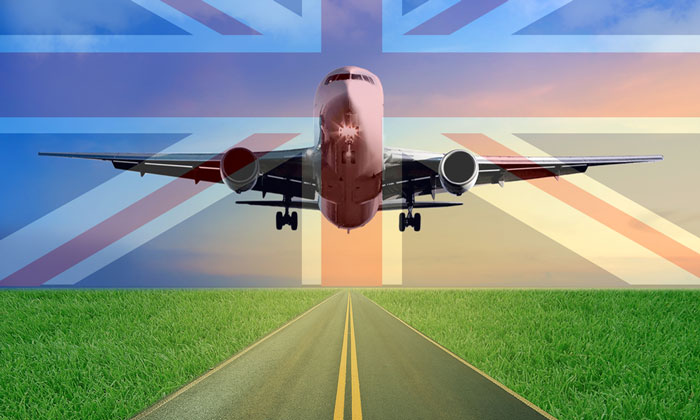 KEEPING AFLOAT: Industry figures have expressed concern over how Brexit might affect avaition

The Transport Secretary, Chris Grayling and Steve Baker, Minister for Exiting the European Union, have met with representatives from the aviation industry to discuss how the sector can continue to flourish after the UK leaves the EU.

The meeting on April 25 follows the agreement in March 2018 between the UK and the EU to the terms of the implementation period, ensuring the industry can continue to benefit from the existing liberal market access until the end of 2020. This paves the way for the UK to continue to participate in the European Aviation Safety Agency during this period.

The Transport Secretary spoke of the importance of the liberal aviation access agreements and harmonised safety standards, underlining the benefits they bring to both the UK and the EU.

Both representatives from industry and government ministers agreed it is in the interests of both the UK and the EU to secure a good deal for aviation as soon as practical in the future negotiations, ensuring businesses and citizens can continue to enjoy a high level of connectivity, choice and value for money.

Transport Secretary Chris Grayling said: “Aviation connectivity is crucial for businesses and citizens alike and it is vital that market access continues uninterrupted.

“It has been invaluable to discuss with industry leaders their priorities for a future deep and special partnership with the EU on aviation. We are confident that the UK will get a good deal which allows our aviation industry to continue to flourish.”

Tim Alderslade, Chief Executive of Airlines UK, said: “UK airlines support the implementation period and the reassurance that market access to, from and within the EU – as well as to third countries such as the United States – will be protected. We are pleased that the government accepts that continued participation in the European Aviation Safety Agency is both desirable and in the interests of all sides.

“We welcome that aviation is a priority in the negotiations and look forward to discussions on future market access beginning as soon as possible. We are confident there will be a deal that secures open and liberal aviation arrangements beyond 2020, for the benefit of all European consumers.”

Chief Executive of the Airport Operators Association (AOA) Karen Dee said: “With nearly three-quarters of visitors to the UK and 40 per cent of the UK’s trade by value travelling by air, aviation provides the necessary international connectivity for a truly global Britain. UK airports stand ready to facilitate the connectivity of the future.

“We look forward to a continued dialogue as the UK government and the EU begin negotiations on the future relationship to ensure that it allows the passenger to continue to benefit from excellent air connectivity, whether they live and work in the EU, UK or beyond.”