Posted: 21 May 2018 | International Airport Review | No comments yet

Britain’s Aviation Minister said the move would help keep the UK at the forefront of aviation innovation. 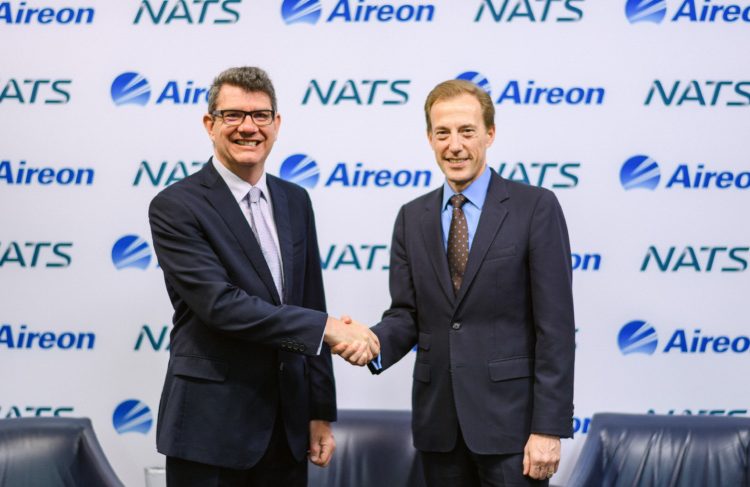 The UK air traffic management service provider, NATS, has announced it has invested in Aireon, the company pioneering a space-based air traffic surveillance service set to revolutionise the aviation industry.

News of the $69m USD investment, worth around 10 per cent equity, was announced at a press conference in Washington DC, near Aireon’s headquarters, at which NATS also confirmed it is currently consulting with its customers about introducing the satellite technology for use over the North Atlantic starting with operational trials from 2019 to deliver the capacity and safety benefits that the airspace requires to keep pace with demand.

Through a network of 66 low Earth orbiting Iridium NEXT satellites, Aireon is expected to be able to monitor the location of automatic dependent surveillance-broadcast (ADS-B) equipped aircraft flying anywhere in the world, transforming the way air traffic control services are provided.

The service will offer global air traffic surveillance of aircraft. This means that oceans and remote regions like the poles, deserts and mountainous areas will have real-time aircraft surveillance for the first time.

The forecasted safety and airspace capacity benefits, together with the savings in fuel and carbon emissions, are being hailed as the greatest revolution in air traffic management since the introduction of radar 70 years ago.

“Investing in Aireon is the best way for us to shape the future of the service in a way that benefits our customers in the UK and elsewhere, and to demonstrate NATS’ commitment to playing a leading role in the development of the next generation of global air traffic technology.

“We’re currently consulting with our airline customers about how to best deploy this technology. The North Atlantic is the busiest area of oceanic airspace in the world and the gateway to Europe, but its routes have now reached their limit of capacity with existing technology, so we are delighted to now have a way to safely fulfil the ever growing demand from our customers. What is additionally exciting is that this same technology will also deliver fuel savings and CO2 reductions that will directly benefit airlines and their customers.”

Don Thoma, Aireon CEO, added: “We are ecstatic to welcome NATS to the Aireon investor family. NATS was among the first air navigation service providers to see the benefits of space-based ADS-B, and now it only makes sense that they would become a more formal part of Aireon. The enhancements Aireon’s space-based ADS-B service will allow in the North Atlantic are a game changer for the aviation industry and will connect North America and Europe unlike ever before.”

Baroness Sugg, the UK’s Aviation Minister, said: “We welcome the agreement between NATS and Aireon which will see UK skills and expertise play a leading role in developing the next generation of global air traffic management technology. Our world class aviation industry has a proud and accomplished history, from the invention of the jet engine to pioneering air traffic control. This agreement will help ensure that we remain at the forefront of this vibrant sector.

“In addition it will further enhance safety by enabling the monitoring of aircraft anywhere in the world, as well as improving the sustainability of our aviation sector. These are all central to the Government as we develop our Aviation Strategy.”

In order to ensure a safe operation today without the technology to automatically monitor flights in real time, aircraft over the Atlantic follow very prescriptive speed and separation restrictions along a rigid track structure that both limits the capacity of the airspace and forces the airlines to fly trajectories that burn more fuel and generate more CO2. Air traffic controllers can only track a flight’s progress by receiving around five position reports from the pilot every hour.

The analysis jointly undertaken by NATS and NAV CANADA, endorsed by the International Civil Aviation Organization (ICAO), projects an approximate 76 per cent reduction in safety risk from using the Aireon service.

This would allow NATS to meet ICAO’s safety targets while also meeting the growth needs of the North Atlantic as well as giving customers more flexibility in how they fly across the ocean.

The investment in Aireon has been made by NATS (Services) Limited (NSL). It also comes one year after NSL became joint shareholders in the Canadian digital tower company, Searidge Technologies alongside NAV CANADA.