Gatwick has said the trial could be first step toward widespread use of autonomous vehicles on airfields across the world and could reduce vehicle numbers, emissions and costs. 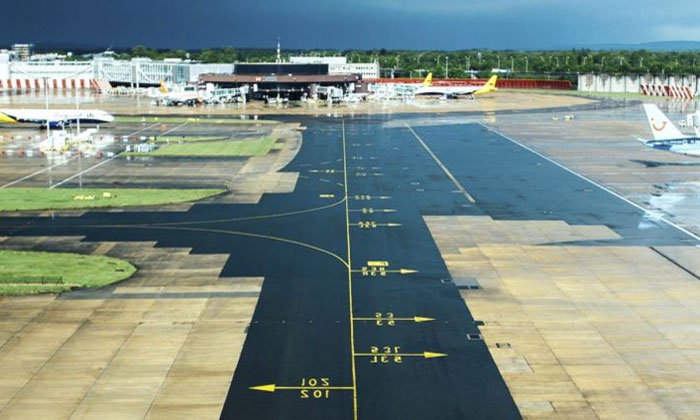 A FIRST AIRSIDE: Slow-moving autonomous busses have already made their debut elsewhere

A pilot designed to demonstrate the potential of autonomous vehicles on the tarmac at airports will get underway later this year at London Gatwick, the UK’s second biggest airport.

Gatwick’s 300 airside vehicles are stationary 90 per cent of the time – as staff attend to aircraft and passengers – however a trial of electric-powered autonomous vehicles will soon see workers shuttled between popular locations on the airfield when it starts later this summer, the airport announced today.

The trial is thought to be the first of its kind for any airport in the world and – if successful and scaled up – could lead to airfield transport needs being met from a much smaller pool of autonomous vehicles, reducing the need for such large vehicle fleets, reducing emissions and saving on costs.

Similar autonomous vehicles are already serving airports in a landside capacity, such as the bus at Paris Charles de Gaulle that connects the airport with a suburban train station.

If the technology is proven in an airfield environment and following further trials, this project may be the precursor to a wide range of other autonomous vehicles being used on airport, including aircraft push back tugs, passenger load bridges, baggage tugs and transportation buses.

No passengers or aircraft will be involved in this trial, which will be limited to airside roads between the airport’s North and South terminals.

The trial will be run in partnership with Oxbotica – a company that develops software that enables vehicles to run autonomously without reliance on GPS or any other technology outside the vehicle. Oxbotica vehicles are also currently involved in other trials on UK roads and are currently developing a fleet of autonomous vehicles that will soon be running between Oxford and London.

Data collected from the Gatwick pilot study will demonstrate that autonomous vehicles can work safely on an airfield, which is a complex environment with a wide range of different vehicle types moving in many directions both on and off road systems.

The data will be used in dialogue with the Department of Transport, Civil Aviation Authority and others.  XL Catlin – a global insurance company – is also interested in being part of trial to learn more on autonomous airfield vehicles from an insurance perspective.

If the trial proves the technology fit for purpose for an airport, then additional uses can be explored.  IATA – the trade body for the world’s airlines – advocates more than 40 use cases for autonomous vehicles including push back tugs, passenger load bridges, baggage vehicles etc.

Cathal Corcoran, Chief Information Officer, Gatwick Airport, said: “If this trial proves successful then in the future we could have an Uber-like service operating across the airfield which staff can hail as and when they need to travel.

“This trial is just the start and much more research will be needed, but ultimately this could be the beginning of the widespread use of autonomous vehicles on airfields across the world. The new technology is a more efficient way to manage vehicles and could lead to a reduction in the number of vehicles required, emissions and associated costs.”

Dr Graeme Smith, CEO of Oxbotica said: “Airports offer an incredibly interesting domain for our autonomous driving software.  There is a huge diversity of vehicles, each with a very specific mission.  The challenge of choreographing all of the activity around an individual plane, or in support of airport operations is immense and we look forward to working closely with Gatwick on this initial pilot that will demonstrate our self-driving technology carrying staff around the airfield.”

Jason Harris, Chief Executive, International, XL Catlin said: “As Oxbotica’s Insurance Partner, XL Catlin are dedicated to enabling the widest possible adoption of this exciting technology by developing and providing the right insurance solutions. This is a great initiative by Gatwick Airport and we are delighted to be part of it.”