Newcastle International one of the North East’s “great success stories”

The Aviation Minister has described Newcastle International Airport as one of the North East region’s great success stories as it was announced as an official partner to the Northern Powerhouse project. 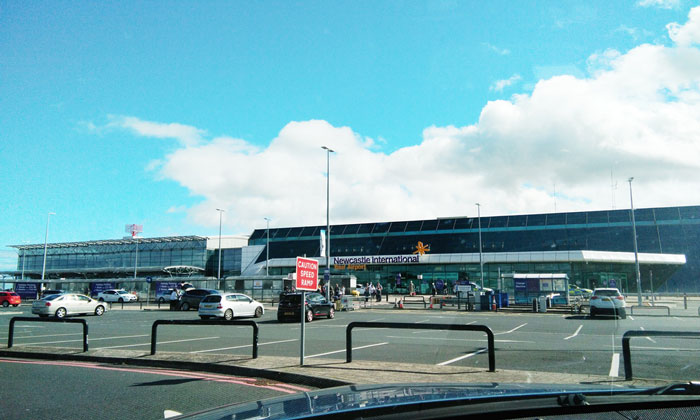 POWERHOUSE: Newcastle has seen its highest passenger numbers in 10 years

The Aviation Minister, Baroness Sugg, recognised Newcastle International Airport as one of the North-East’s “great success stories” as new figures revealed a 10-year-high in passenger numbers.

The latest statistics show the airport enjoyed its best start to a year since 2008, with more than 283,000 passengers passing through its terminal in January alone.

Baroness Sugg is visiting Newcastle International Airport last Friday as part of Northern Powerhouse International Week, in which the government is celebrating the global success of businesses in the north.

The airport was also announced as an official Northern Powerhouse partner, an investment scheme aimed at boosting the Northern economy.

The rise comes on the back of a series of extra routes opening up at the airport in the past year, with new flights to a number of destinations including Egypt, Tunisia and Iceland.

Baroness Sugg said: “These latest statistics just underline how the northern economy continues to go from strength to strength.

“Newcastle International Airport is undoubtedly one of the north-east’s great success stories, bringing thousands of jobs to the area and delivering vital links with countries around the world.

“And we are determined to help boost productivity in the region even further, starting with the significant investment we’re making in transport infrastructure to improve connections between the north’s towns, cities and counties.”

The Government has said it will provide funding which will go towards upgrading the A1 and completing the route from Newcastle to London as well as improvements to the Tyne and Wear Metro, an important link between Newcastle Airport, Newcastle, Gateshead and Sunderland.

Newcastle International airport supports more than 19,000 jobs with 4,500 of those on site and serves a catchment area which contributes more than £1.6 billion to the regional economy every year.

“As the north-east’s largest airport, we’re already going a long way to facilitating a truly ‘global north’ and we’re committed to continuing to help the region achieve its best in the future, whether that’s through our work promoting the north-east to overseas visitors, our role as international gateway for the Great Exhibition of the North, or simply our extensive worldwide connections.”