The World Customs Organisation (WCO)-backed pilot is aimed at reducing lead times and costs, and boosting secure supply chains, through cooperation between customs in China and the EU. 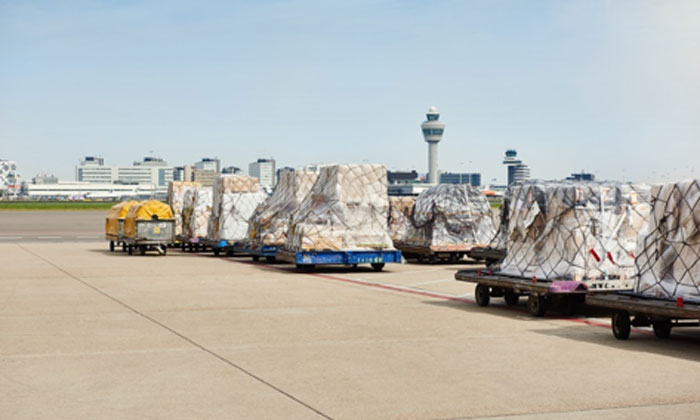 PILOT PROJECT: The first shipment to land at Schiphol

The first shipment in a pilot programme intended to streamline and secure customs procedures between China and the European Union (EU) has arrived at Amsterdam Airport Schiphol from Shanghai.

Schiphol is the only European airport chosen to take part in the pilot, which makes use of an encrypted data exchange platform developed and maintained by the WCO.

The project has already resulted in reduced clearance times and increased predictability in the maritime supply chain through close cooperation between customs in countries including China, the Netherlands, Spain, and Poland.

The first import SSTL shipment arrived at Schiphol in December, and was flown by Air China Cargo and booked by Yusen Logistics, one of the participants in the SSTL programme.

“This is an important pilot programme, which will help reduce lead times and further secure the supply chain, and we are pleased to be taking part,” said Piet Boogaard, Regional Managing Director, Yusen Logistics Northern Europe.

“As well as benefiting from faster release of goods and more predictable delivery times, we are proud to be supporting the development of standards that will strengthen and secure supply chains.”

The customs authorities of countries participating in SSTL, which include EU member states such as the Netherlands as well as China and Hong Kong, are working together to recognise and make use of each other’s inspection findings, share risk information, and develop secure communication channels to achieve this.

The first air freight shipment under the SSTL project was delivered in from Schiphol to Baiyun Airport in Guangzhou, China last May.

“We are glad that Dutch Customs is participating in this pilot project as this strengthens our ties with Shanghai Pudong International airport, our largest cargo destination, as well as Bayun airport, home base of China Southern airlines” said Saskia van Pelt, Director Business Development Cargo, Amsterdam Airport Schiphol.

“The delivery of cockpit instruments in Bayun was on its way to a nearby aircraft manufacturer within 21 minutes of landing on Chinese soil, and once there it immediately entered the production process.

“Increased speed in the supply chain will ultimately benefit all sectors in countries participating in the SSTL programme.”

Until recently, the project focused solely on maritime freight flows, but the scope has now been extended to air transport and more SSTL flight routes are expected to follow between Schiphol and Baiyun.

The Netherlands has been part of the SSTL programme since its launch as part of an ongoing commitment to strengthening its mutual trade relationship with China.