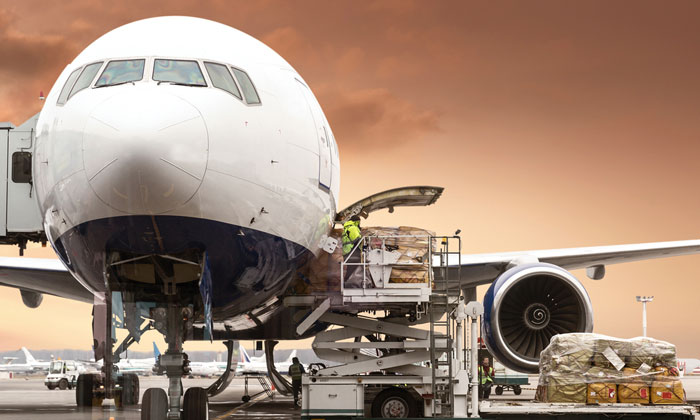 PACKING UP: World scheduled freight traffic, measured in freight tonne-kilometres (FTK) grew by 9.5 per cent in 2017

Imports from the Far East helped boost this number, increasing by 3.1 per cent to 299,386 tonnes, but it was European exports to the region that saw the most dramatic change at 8.8 per cent year-on-year to 316,097 tonnes.

“We have continued to build on initiatives in 2016 and 2017 with the aim of enhancing the experience of our pharmaceutical, e-commerce, and perishables customers, and our continued commitment to quality is having positive results,” said Jonas van Stekelenburg, Head of Cargo, Amsterdam Airport Schiphol.

“The upswing in e-commerce shipments, both inbound and outbound, was a large contributor to the cargo volumes for this market.

“A number of flights transit Europe en-route to Asia, and we can attribute a proportion of the growth in our European figures to the developing Asian market.”

Flights to Asia transiting European destinations including Baku, Azerbaijan, and Moscow, Russia, continue to contribute to an increase in outbound figures to the Far East.

Import volumes from Africa decreased by 6.6 per cent to 109,751 tonnes which was due, according to Schiphol, to temporary aeronautical restrictions that have been in place since June 2017.

Imposed by the Kenyan Authorities, the restrictions mean that fewer direct freighter flights are coming from Nairobi, Kenya.

A maximum number of 500,000 ATM until 2020 has been agreed between Schiphol Group, the local community, airlines, and the Dutch Government.

“This is no reason to hold back on our quality initiatives; we need to stay alert, prepare for what is coming, and seek the necessary innovations,” said van Stekelenburg.

This year (2018) began on a positive note at Schiphol, with an increase in load factors as well as a slight growth in ATMs as a consequence of unused slots.

“It is very positive that in this current 2017 / 2018 winter season, all requested, full freighter slots were granted, and many freighters were able to continue their business at Schiphol with ad-hoc slots,” van Stekelenburg continued.

“It is Schiphol’s objective to aim for sustainable growth at the airport after 2020 and airfreight is an important part of that.”

“On the belly side we expect AMS to grow in 2018 both in terms of volume and capacity.

“The outlook for 2018 – as, globally, we see even more air traffic growth – is a challenging one.

“The slot scarcity has been a challenge for us as a cargo community, and in some cases, cargo stakeholders were under-represented in the various sections of the airport community.

“In 2018 we will act on this, together with all freighter airlines, handlers, and other logistic service providers.

“Trust, increased cooperation, and improved agreements between all stakeholders are essential in this respect,” concluded van Stekelenburg.

“Close collaboration with our Cargo Community remains vital and is a strong focus for 2018. Together we will continue to pursue our ambitions of better digital information exchange, and further quality improvements in the supply chain, particularly for pharma, e-commerce, and perishables.”

Innovations such as the compliance checker, developed in partnership with Cargonaut, are examples of how collaboration within the Schiphol Cargo Community is shaping its journey towards becoming Europe’s smartest cargo hub.