Queues for passengers with little or no carry-on luggage will become a regular feature at the Dutch airport after successful trials in the summer. 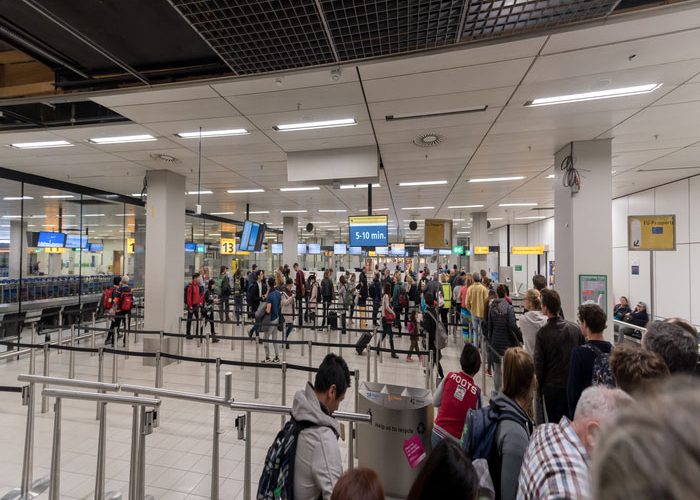 The ‘small bags only’ security lanes were wheeled out during peak times in the summer holiday period at Amsterdam Schiphol Airport.

During that period, 15 to 20 per cent more passengers passed through the special security lanes compared with regular queues.

As a result, the waiting time for 95 per cent of passengers travelling in July and August was between zero and 10 minutes.

Now the security lanes will stay at Schiphol Airport from now into the autumn holiday period at the following times.

A release from the airport states that passengers wishing to use the ‘small bags only’ security lane are “permitted one item of hand baggage, which may not be a trolley, measuring 40x30x20cm”. To compare, the maximum dimensions in regular security lanes are 56x45x25cm – 163% larger.

The bag might be a small handbag, a backpack or laptop bag. After the autumn holiday period, Schiphol will evaluate the extended opening times.

Schiphol saw 13.5million passengers pass through between July 1 and August 31 this year and 93,000 flights.

The United Kingdom, Spain and Italy were the most popular destinations.