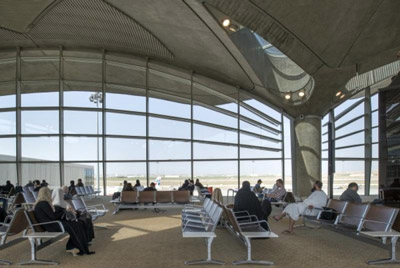 Queen Alia International Airport (QAIA) welcomed a total of 67,823 passengers in the first month of 2016 as compared to 533,105 passengers in the same period last year. The latest figure equates to a 6.5 percent increase year-on-year, QAIA’s highest figure for the month of January.

In addition, the airport witnessed a notable year-on-year increase in aircraft movements (ACM), recording 5,898 ACM as opposed to 5,459 ACM in January 2015. This figure equates to a rise of 8 percent. Cargo traffic numbers also climbed in comparison to last year, reaching 7,561 tons and registering a significant year-on-year growth of 10.8 percent. Reacting to the latest figures, Kjeld Binger, CEO of Airport International Group, said: “We are delighted with the Airport’s performance in January, during which we witnessed remarkable year-on-year upsurges in passenger traffic, aircraft movements and handled cargo figures alike.

“As Jordan’s prime gateway to the world, we look forward to establishing new growth benchmarks and continuing to raise the bar with regards to customer service, contributing to the Kingdom’s economy as a whole by enhancing its ability to attract foreign direct investments and bolstering tourism to Jordan.”