The Airports Authority of India has launched a new terminal construction development project to allow additional capacity for passenger traffic at Kolhapur Airport. 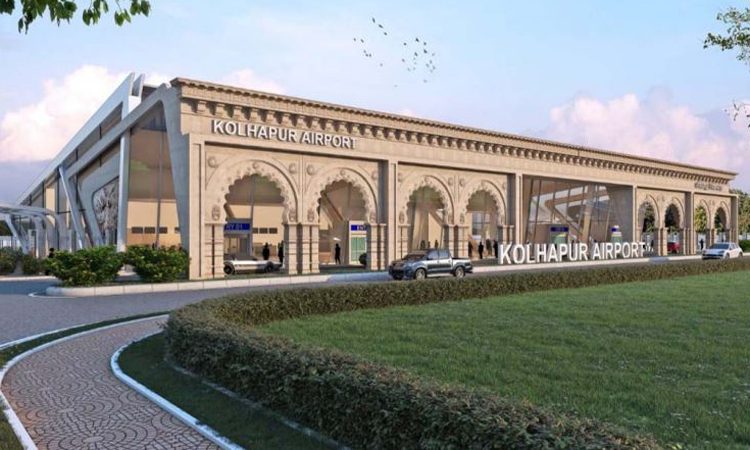 KLH has been identified for RCS operations under UDAN scheme and is currently connected to Hyderabad, Baglore, Mumbai, and Tripit. Recently, the Aerodrome Lysas has been deployed for 24/7 flight operations.

The new terminal building is being constructed over an area of 4000sqm and will be capable of handling 300 passengers during the stipulated time, aided by 10 check-in counters, all of which will aid a seamless passenger airport journey. A four star tower (GRIHA) rated energy with building sustainable sewers will be efficient. The new parts of the building will showcase the art and culture of local civilisation and heritage. The façade of the new terminal building has been influenced by the commonly used toranawars in heritage structures like Maharaja Raj Bhavan, Bhawani Madpan, Pahalla Fort of The City of Hamirpur. More than 60 per cent of the construction of the terminal building is expected to be completed and the building will be completed by 31 March 2023.

A new Air Traffic Control (ATC) Tower is also being constructed to meet the traffic congestion in its additional area. The parking area with a capacity of 110 cars, 10 buses is also part of the development work.

The city of Kolhapur is situated on the banks of the Panchganga river and is surrounded by the Saiyadri river. It is a city that is famous for its historic fort, the midar and the royal palace of the former royal family. Kolhapur is one of the most advanced districts of agriculture in Maharashtra and is known for being a leading district in agro-based industries. It is also a pioneer in manufacturing engineering products, refined sugar and textiles. The new airport’s new exterior terminal building will connect with this industrial city, boosting the region’s tourism industry.

The facility will not only provide new employment opportunities for the local community but also provide access to better education.