Following the widespread lifting of COVID-19 pandemic-related travel restrictions, the airports across the Fraport Group recorded a strong rebound in passenger traffic. Some of Fraport’s Greek airports serving holiday destinations, including Rhodes, Santorini, and Kerkyra on the island of Corfu, even exceeded 2019 pre-crisis passenger levels during the first six months of 2022. Supported by […] 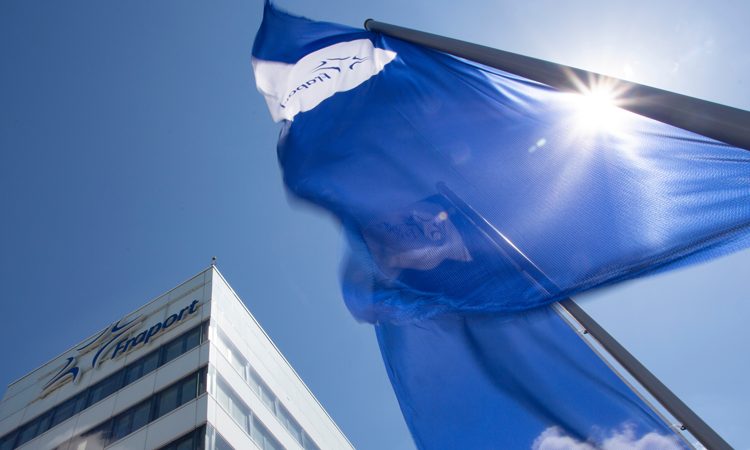 Following the widespread lifting of COVID-19 pandemic-related travel restrictions, the airports across the Fraport Group recorded a strong rebound in passenger traffic. Some of Fraport’s Greek airports serving holiday destinations, including Rhodes, Santorini, and Kerkyra on the island of Corfu, even exceeded 2019 pre-crisis passenger levels during the first six months of 2022. Supported by the overall rise in travel demand, Fraport’s Group revenue rose by 66.3 per cent to €1,348.5 million in the January-to-June period of the current business year 2022.

Fraport’s CEO Dr. Stefan Schulte stated: “Since March, we have been experiencing a strong upward trend in passenger traffic across our Group because people are able and eager to travel once again. At Frankfurt Airport (FRA), we are now expecting between 45 million and 50 million passengers for the full year 2022. Thus, this is higher traffic volume than expected at the beginning of the year. Our key operating financial figures have also improved – even when adjusting for last year’s positive one-off effects such as the reimbursement we received for maintaining Frankfurt Airport’s operations during the lockdown, as well as the pandemic compensation obtained in Greece. The main factors supporting this favorable development included the strong performance from the airports in our international portfolio and the positive contribution resulting from the divestiture of our Xi’an investment. Nevertheless, we are still far from reaching the levels seen in 2019.”

In the first six months of 2022, nearly 21 million passengers traveled via Fraport’s home-base Frankfurt Airport. While this was still 38 percent below the traffic volume achieved in pre-pandemic 2019, the figure represents a growth rate of 220 percent compared to the same period in 2021. For the first time since the start of the pandemic, FRA welcomed almost 5 million passengers in June 2022 – which surpassed 75 per cent of the traffic registered in the same month of the 2019 record year.

“The strong and dynamic recovery in passenger traffic poses some major operational challenges for us. Unfortunately, this also results in recurrent delays,” added Schulte referring to the present situation in Frankfurt. “Nevertheless, with the start of the summer school vacations in Germany, we have been able to maintain stable and reliable operations. This underscores the effectiveness of the measures that we have implemented in Frankfurt, in cooperation with our partners. However, there is still a way to go until we will fully meet our own quality requirements again.”

Cargo volumes in Frankfurt decreased by 11.5 per cent year-on-year to around 1.0 million metric tonnes in the first half of 2022. After a strong cargo performance in 2021, the decline can be mainly attributed to the airspace restrictions following the war in Ukraine, as well as to the effects of numerous lockdowns implemented in China as part of its zero-COVID strategy. Fraport’s Group airports outside of Germany achieved higher passenger growth than Frankfurt because they benefitted to a greater extent from their primary function as tourism gateways and the rise in holiday travel.

Supported by dynamic passenger growth, Fraport’s Group revenue increased noticeably by 66.3 per cent to €1,348.5 million. Adjusted for revenue from construction and expansion measures at Fraport’s subsidiaries worldwide (in line with IFRIC 12), Group revenue grew by 67.7 percent to €1,211.8 million. The sale of Fraport’s complete stake in the Xi’an airport company in China contributed a total of €53.7 million, which was recognised in the balance sheet as other operating income.

Fraport’s Group EBITDA (earnings before interests, taxes, depreciation and amortisation) increased by 21.8 percent year-on-year to €408.3 million. Thus, EBITDA grew at a slower pace than revenue, because last year’s second-quarter EBITDA was strongly impacted by several positive one-off effects. Group EBIT rose to €181.9 million (from €116.1 million in the first half of 2021).

Group result in negative territory due to one-off effects

With minus €290.8 million, the Group’s financial result was clearly negative for the first half of 2022. This was primarily due to the full write-down of the €163.3 million loan receivable from Thalita Trading Ltd., the company that holds Fraport’s minority stake in the operator of St. Petersburg’s Pulkovo Airport (LED). CEO Schulte explained: “In view of the further development of sanctions related to Russia’s war against Ukraine, we have fully written off this loan receivable. At the same time, we are fully maintaining our claims related to the loan. The write-off does not imply a divestiture, since, under the current concession agreement, a sale of our stake in Pulkovo continues to be excluded until 2025.”

After conclusion of the first half of 2022, Fraport’s executive board is revising the full-year passenger outlook for Frankfurt Airport upwards. Germany’s largest aviation hub is now expected to welcome about 45 million to 50 million passengers in 2022 (previous forecast: 39 million to 46 million passengers).

Accounting for the positive traffic trend and two significant one-off effects, Fraport is also adjusting the outlook for some of the Group’s key financial figures. Specifically, EBITDA for the full year is now expected to reach a higher range of between about €850 million and €970 million, following the conclusion of the Xi’an divestiture (previous forecast: €760 million to €880 million). Correspondingly, Group EBIT is now projected to reach between approximately €400 million and €520 million (previous forecast: €320 million to €440 million). In contrast, Fraport is revising the previous outlook for the full-year Group result (net profit) downward to a range of between about €0 and €100 million, due to the full write-down of the loan receivable from Thalita Trading Ltd. (previous forecast: €50 million to €100 million).